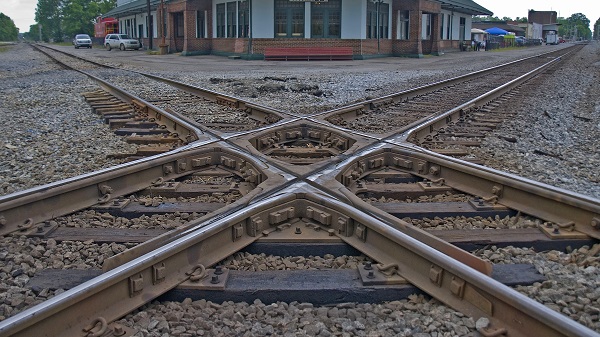 As I listened to this single retiree, I was contemplating how to respond. It is unsettling to learn the tax reform measures in Congress may lead to an increase in taxes paid by a few, especially when you are in the few, and especially in the retired few.

Even if you are in a group that may realize an increase in taxes, you hear reports of positive news in the economy from members of Congress and the President. This reform has been touted to bring jobs and a booming middle class. If this proves true, it will be great news.

Is it good enough news to outweigh your potential increase in tax as an individual?

With so many talking heads and political statements (designed to influence you, not educate you) it may be difficult to know how to interpret this tax reform push at year end. To help frame your thoughts and have an easier time understanding the issues, let’s look at two views of tax reform designed to simplify the information and bring clarity to a dry, complex, and potentially expensive topic.

The Impact as a Taxpayer

You and I pay income taxes. Whether through withholding or estimated payments these taxes are a use of cash. This is usually the measuring stick we use to express our support, or lack of support, for new tax rules. The thinking goes (and I agree) if you pay more in cash taxes, you are generally not in favor of the change. No one likes increase costs without an associated increase in service.

It is difficult to predict with full certainty the exact impact on your pocket as of the writing of this post. Several websites have developed a calculator to calculate the basic difference between how we would fare under the new rules. These calculators are basic and not based on the final rules but they help at least predict some impact.

The ultimate change will depend on the types of income you receive and the nature of the deductions you typically benefit from under the itemization rules. Since the state income tax deduction is likely going away, taxpayers living in high state tax jurisdictions will likely see an increase in federal income taxes. Taxpayers chronically paying the Alternative Minimum Tax may see a lower bill since it most likely will be mercifully eliminated (and good riddance, too). As we learn more about the final bill headed to the joint committee, each person’s individual picture will take shape, and we will also have clarity on planning strategies to help minimize the taxes you pay.

However, your ultimate economic outcome is not just a function of the impact as a taxpayer.

How the tax reform changes impact you as an investor are just as (in my opinion MORE) important than how they impact the cash taxes you pay.

The Impact as an Investor

Whether you and I really internalize this or not, our income (i.e., the base for income taxes) is tied to the broad economy. Whether through the job market and its ups and downs or market based investments yielding distributions, we are linked to a large, complex system of economics. The taxation of the players in the economy, especially businesses and corporations, matter substantially. A major (and exciting) portion of the current tax reform relates to business and corporate tax changes.

Corporate tax reform has been sorely needed for over a decade. For quite some time the US has held the highest rate in the developed world at 35%. That is, for every one-hundred dollars of taxable profits, US based companies must remit thirty-five dollars in Federal taxes. States tax corporations as well so the effective tax rate typically exceeds 40%. Under the two bills, the corporate rate is scheduled to be reduced to 20%. In addition, there are rules reducing the tax on the return cash earned from profits overseas. Before reform, this would be subject to the same 35% rate.

As the income tax burden is reduced on market participants (think primarily businesses and corporations,- not us little guys) they can more efficiently invest capital through new business lines, debt repayments, new employees, and so on. In short, Ronald Reagan was right, “Whenever we lower the tax rates, our entire nation is better off.” Our ability to earn income from labor and investments is better when the tax burden is reduced. In my opinion, the view as an investor is the starting point for real tax reform and the changes that will bring meaningful improvement to the economy as a whole.

Bringing the Two Together

These two views do not operate in a vacuum apart from one another. In fact, they are tied together and influence the outcome for each other.

As painful as writing a larger check may be for certain people groups, the overall pool should be better off and you may find the people writing bigger checks will have better income opportunities from their labor and larger investment balances to pay the increase in income tax.

Jeremy S. Weaver is a CPA and Financial Planner at PlanFIRST, Inc. in Greenville, SC. He has spent over 13 years in public accounting in large international accounting firms and is a frequent lecturer to university students. In his spare time, he is a husband, father, and loves to read on a wide range of topics including coming technological changes in finance and accounting.