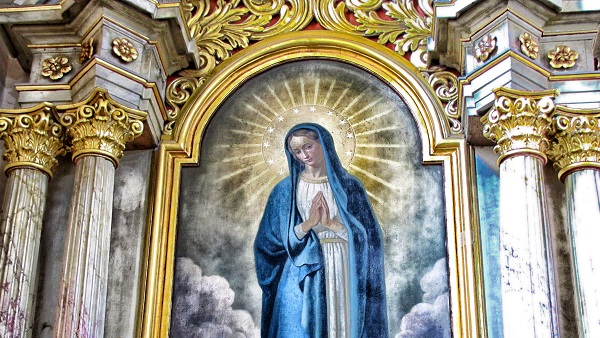 The world’s most famous sheep, Dolly, was born on July 5th, 1996. She had no father but three mothers. One provided the egg, another the DNA, and the third the womb. Her virgin birth was induced by Doctors Keith Campbell and Ian Wilmut, and colleagues at the Roslin Institute at the University of Edinburgh.

Chris Rehs-Dupin is a man who was enabled to give birth to his daughter, because his wife could not.

Thelma, a 20-feet long, 200-pound, 11-year old female python gave birth to six baby pythons without any help from a male python or scientists. She had been isolated in the Louisville Zoo for too long to have mated with a male.

Such natural Virgin-births, called parthenogenesis, have been observed in fish, in the wild, and in labs.

Jesus’ Virgin-Birth was supernatural. Joseph knew that Mary was pregnant and he was not the father. While Hollywood would have celebrated an unwed mother, the humiliated Joseph had the right to have her stoned for engaging in premarital sex. He was a gentleman, though, so he decided to quietly terminate the engagement. Why, then, did he take pregnant Mary to Bethlehem as his wife?

Matthew tells us, because “an angel of the Lord appeared to him in a dream and said, ‘Joseph, son of David, do not be afraid to take Mary home as your wife, because what is conceived in her is from the Holy Spirit. She will give birth to a son, and you are to give him the name Jesus, because he will save his people from their sins.’” (Matthew 1:20-21)

“That’s ridiculous. Dreams are nothing but products of our own pre-rational sub-consciousness!”

If that is your thought, then this Christmas, please do yourself a favor. Watch a Hollywood movie, The Man Who Knew Infinity. It is the story of a young Indian Mathematician, Srinivasa Ramanujan, who received solutions in dreams to the most complex mathematical problem of his day. Atheists in Cambridge argued that his mathematical genius could be compared to no one except Sir Isaac Newton. Therefore, the Royal Society of Science made him a Fellow. It will be better to begin by reading my review of this film.

“But what’s the point of the story of ‘Virgin Birth’? Doesn’t that simply prove that the Bible is a collection of tales from an Age of Superstitions?”

Nope! Exactly the opposite. The “word became flesh” (John 1:14) is the historical, philosophical foundation of modern confidence in rationality.

The Greek philosophers were wise enough to know that there is no reason to trust in reason (logic), unless there is logos (word/sense/reason) behind creation. Why should the cosmos be mathematical, music rational, or truth logical — not mythical, mystical, or magical?

Greek Rationalism died precisely because the Greeks found no way of knowing if there is ‘logos’ at the base of creation.

European monasteries and universities were able to cultivate a rational religious mind because the apostle John testified that the “Reason” (logos) not only became flesh and dwelt among us but that “we beheld his glory, the glory as of the only begotten of the Father, full of grace and truth.” (John 1:14)

The apostle John may have been a liar, but he was not a story-teller for sure. He was sent out to bear witness to the truth. He asserted,

“But… what is the point of Virgin Birth?”

Sir, the most precious things that you cherish in our modern civilisation rest upon the truth of Christ’s incarnation. Matthew writes about the virgin birth because he is presenting the disciple’s incredible discovery that the baby born in Bethlehem was, in fact, the pre-existent, eternal Creator. Jesus is God who became man.

Sir, please! Don’t be in a hurry to cut off the branch upon which you and I sit, the foundation upon which our civilizational home is built.

Mother Teresa thought that the worth of a discarded, dying destitute is determined not by his bank account but because God became man in order to save wretched men.

If a human being is so precious that God would come to this earth to find and save that which is lost, surely Calcutta’s outcast destitute deserve a European coming to wash their wounds.

Christ’s incarnation was the second argument Pico dela Mirandela presented as his proof for the unique dignity of man. It became the “irrefutable” ground for John Locke and the American Declaration of Independence to argue that a citizen does not exist for the state, the state exists for him. If God came for you, even you are precious — no matter what other human beings think of you.

“But… Virgin Birth is not scientific!”

Obviously, you do not understand modern science. Christ’s incarnation is the historical/philosophical foundation of science. Faith in Greek/Aristotelian “logic” prevented Greeks, Muslims, and Medieval Christians from developing science.

The philosophical foundations of “Modern” science were laid in the Paris Church Council of 1277. It was explained later by William of Ockam in Oxford. He taught that Genesis 1:1, “In the beginning God created heavens and the earth,” meant that God existed before the cosmos, before its math or logic existed. God created the laws that govern the universe. He respects His creation, its laws and logic, but He is not bound by nature nor its logic. As the preexisting one, God is free to do whatever He wants to do.

What God can or cannot do, can not be pre-determined by our logic. We have to go out and observe what God has in fact done in his Absolute Freedom. Modern science, in contrast to Aristotle’s Physics, made logic subservient to observation. If observation contradicts logical theories, our logic has to develop new theories and models.

What if God did incarnate on the first Christmas? That question ought to shape the rest of our worldview.