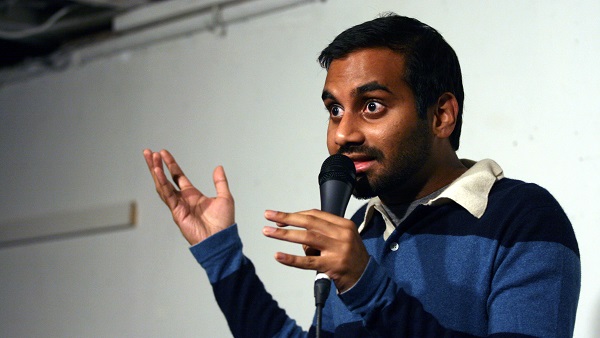 In view of this business about Aziz Ansari and what it tells us about the contemporary culture, I wish to re-propose my radical idea. Here it is:

I have a radical idea–a kind of dream.

Let’s re-re-define marriage as the conjugal union of husband and wife–the unique form of relationship that is ordered to and would naturally be fulfilled by the coming to be and rearing of children together. Let’s regard the social role of marriage as uniting a man and woman as husband and wife to be father and mother to any children born of their union, thus conferring upon those children the inestimable blessing of being brought up in the committed love of the two people whose becoming one in an act of marital communion gave them the gift of life, and further providing those children with the benefit of both paternal and maternal examples, influences, and care.

Now here comes the really radical part. Let’s view sex as having its meaning and significance in expressing in the most intimate and profound way the conjugal love and commitment of the spouses. Let’s understand it as uniting them as one-flesh in a uniquely comprehensive sharing of life–a sharing at all levels of their being as human persons, the biological, the affective, the rational-volitional and spiritual. Let’s regard marital love and commitment as the very principle of sexual morality, the normative basis for distinguishing upright from unworthy sexual conduct. Let’s embrace a set of virtues that guard us against objectifying others (and indeed ourselves) and treating human beings (others or ourselves) as mere means of gratification.

Let’s respect each other’s inherent worth and human dignity by honoring each other in all aspects of our being, including its sexual dimension, and never treating sex as a way of asserting, expressing, or exercising power over others. Let’s not deceive ourselves into supposing that virtue in the sexual dimension of our lives is merely a matter of gaining consent from an object of our desires to use him or her to satisfy our lust. Let us not reduce ourselves to seducers or sirens.

Sex has become de-personalized in our culture and in cultures like ours–and the carnage of the sexual revolution that we now see all around us is the appalling testament to that fact. Let’s re-personalize it.