The Church in a Culture of Corruption 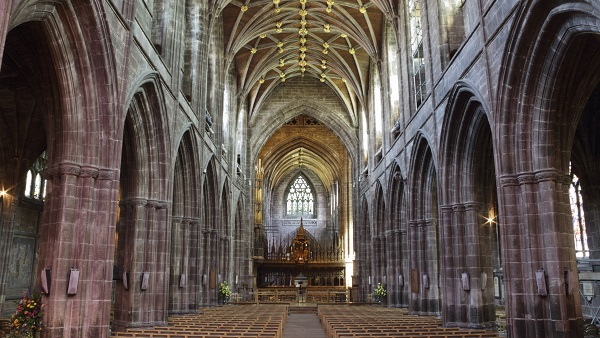 I am asking Christians to rebuild the church-brand as ‘A Religious Community with Zero Tolerance for Corruption’.

Earlier in December I was in Ukraine. My host mission bought a property after paying due taxes. They obtained the papers of legal ownership after paying due bribes. Soon a fight erupted because an Indian businessman started building on “their” property. It turned out that he too had the legal ownership of the land. The mission was on “his” property. Soon… three more owners turned up. They wanted to possess the land that they also owned “legally”. Thankfully, the late comers were mafias that wanted money and not the land itself. So, thanks to bribery the mission and the Indian live as neighbors. They are trying to figure out what it means to be a “good” neighbor.

On Corruption Perception Index Ukraine ranks 131st most corrupt nation (out 176) while India is only 69th.

India is less corrupt because its civil services, judiciary, and public education were shaped by the 19th Century Victorian Evangelicalism. In Ukraine, the Orthodox Church baptised people, but it did not disciple them. Martin Luther’s biblical idea of discipling nations through universal education came to Ukraine via Soviet Union’s Communism. Atheism set Ukrainian free from whatever morality the Orthodox Church did cultivate.

After Communism collapsed, Ukraine called Western missions, “Come! Help us.” Most missions didn’t go because Ukraine was not 10/40 Window. Thanks to Pasadena Missiology, most missions were desperate to reach the last unreached people group by Y2K (Year 2000), in order to “hasten the coming of the Lord.”

“Fallen” human heart is the underlying force behind all corruption. In India the intellectual dimension of the Fall has built a culture that is based, not on truth, testimony or witness, but on Story. Any priest can turn any good looking stone into a god. We are told, “If you believe, it is a god. If you don’t believe, it is a mere stone.” Faith creates gods and goddesses; and “faith” has nothing to do with truth. It rests not on eye-witness account but on sacred stories in Scriptures such as the Bible and Ramayan.

Naturally, if a priest can turn a stone into a god, there is no reason why a milkman can’t turn water into milk, by adding to it a little bit of milk (or even urea). So can a clever jeweller turn a copper wire into gold necklace… A school can turn a piece of paper (called Diploma) into “Education”, and a university can turn a similar piece of paper into a PhD degree — provided the professor and the university are properly paid.

Zeus, the greatest god of the Greeks, was born on Crete’s highest mountains. Greek sages used his stories to create a culture based on religious stories. The consequence? The Apostle Paul quoted a Crete prophet that the Cretans “are always liars, evil beasts and lazy gluttons” (Titus 1:12).

Paul’s witness of a God “who never lies” (Titus 1:1) turned every city in Crete upside down. Paul was hated because he created a chaos wherever he went. He left Titus in Crete to bring a new order into the chaos that his evangelism had created (Titus 1:5).

How was Titus to re-form Europe’s culture built on religious stories?

Paul did not ask Titus to hire evangelistic story-tellers to be funded from overseas. He instructed Titus to rebuke the Bible-teachers who preached for “shameful gain” (Titus 1:10-11). Titus was to appoint elders grounded in “trustworthy word” (1:9): men who taught truth (2:1).

A local church was not be look for financial support from visiting teachers. It needed to be led by Elders who taught lazy gluttons to create wealth… enough to share with professionals who visited them as public servant (3:13).

Paul knew that the cross was the cost of confronting the culture of corruption. Those who teach stories in Post-truth temples and seminaries will tell “stories” also in witness box.

The Indian Church is blessed by millions of godly believers and thousands of conscientious teachers. Unfortunately, far too many of them think that Jesus took up his cross in order to save us from hell — not from sin. The Indian Church will be re-formed… it will become a light to the nation… once the Church understands that Bethlehem’s babe is called Jesus because he came to save us from our sin. Our sin is covered when it is confessed, not hidden. (Psalm 32)