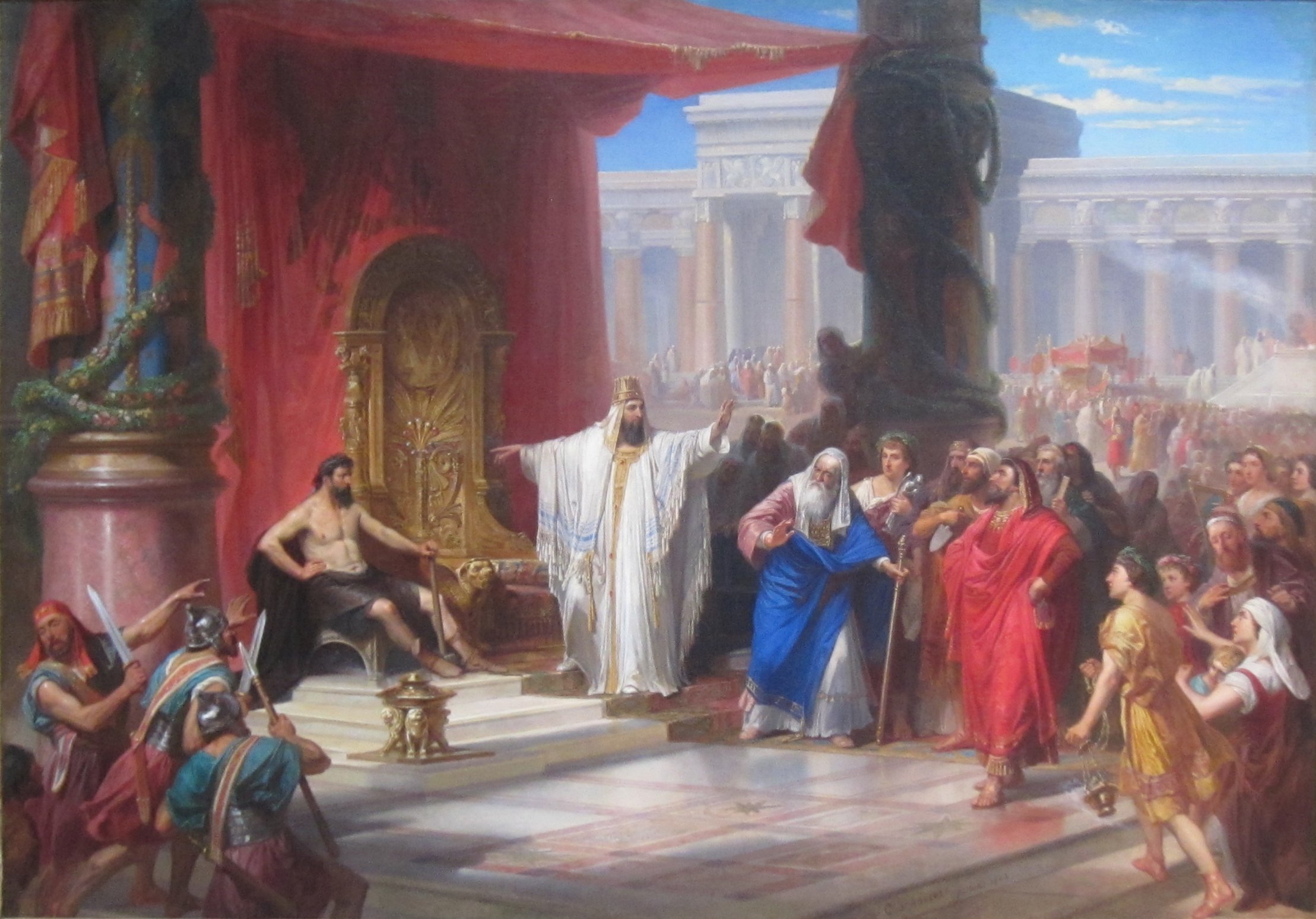 King Solomon and the Iron Worker’ by Christian Schussele, 1863

Proverbs 16:16: How much better to get wisdom than gold, to get insight rather than silver!

Writing to you as a person and not just a financial planner, I can relate to this verse in various ways. In my own life I have chased after gold and silver so tenaciously that I nearly “lost my soul”.  To provide you some context, in business school the students were asked to construct vision boards demonstrating what we would like to accomplish in our lives. I still remember many of the items that were on my board, most of which were unnecessary grandiose possessions projecting the image that one had “made it” in life. I remember before our presentations began the professor requesting the dean of the school to come and view some of the live presentations. Now, the pressure was on. When it was my turn to present, I was excited to show that I had goals in life. It wouldn’t be for many years that I understood only a few of my goals actually mattered.

My number one item displayed on my vision board was a family, but not just any family. The picture I had chosen was a picture of a family plucked right out of a Norman Rockwell scene. You could picture them as an affluent family with their hair perfectly combed, dressed in white shirts with a contemporary home as the background for the picture. While the picture indicated I wanted a family, it also indicated I was aiming for perfection in my life. I wanted a picture perfect family. Far and above, the family was the most important goal on the list and one that I can boastfully say “I have accomplished”. We are not a perfect family and I’m ok with that!

The second item on my list was a picture of an office building. The office building represented a company. I was already entrepreneurial minded as a young man. I knew I wanted to create an environment where I did not work for other people. I wanted to be the master of my own destiny. I wanted control over everything and didn’t want anybody to tell me anything. Two years ago, I did start my own business. I’m fortunate in how it began and how it’s progressed, but I now understand that my business is not about me. I’ll share more about that with you in the future.

The next items were pure greed… I remember I displayed a picture of a Maclaren F1. At the time, that was a million dollar car. The list went on to include a yacht, a private island, a castle and other items one might envision on “the lifestyles of the rich and famous”. I think I’m writing to an audience old enough to remember the show. As you can see, my desires were not as a young man attempting to gain wisdom or insight. My goals weren’t even realistic. My goals were to amass and display my success and wealth. Something, I am thankful didn’t happen.

I think we have all chased after the “wrong” things in our lives. There are many of us today running after “gold” and “silver” because our society tells us we need it. We are bombarded with advertisements flaunting what our ideal lives should look like. So, we chase after these things because we feel the need to fit in with society. We feel the need to show others we are successful. We want to display we have it all together, that we are perfect. Why do we feel such pressure to compete with everyone around us? Why do we feel that sometimes our own lives aren’t good enough? The reality is none of us are perfect and we never will be.

Solomon, the writer of the verse above, shared that he was a man who tried everything on Earth and he found everything to be meaningless. He actually uses the phrase “chasing after the wind”. Just the other day, Jeff Bezos was declared “the richest man who ever lived”. I hate to burst everyone’s bubble, but according to the historical texts, Solomon is said to be the richest man who ever lived and with inflation adjust returns measured against the currency of his time, Solomon would still be considered the richest man who ever lived and not just by a little. So, the richest man to ever live is telling us to pursue Wisdom and Insight instead of gold and silver. When Solomon was a boy, he asked God for wisdom and because of his humble request, God granted him Wisdom and everything else he could ever want. It was through wisdom that Solomon amassed such wealth. But, why is he telling us to pursue Wisdom over Gold and Insight over Silver? Solomon, the world’s richest man has declared that being wealthy was meaningless. For that matter, he even concluded that to be wise was meaningless. He says wisdom is meaningless because both the wise and the foolish will die. The same destiny awaits them both. When it comes to wealth, I would imagine Solomon saw what wealth could do to a man’s soul. “And, what does it profit a man to gain the world, but lose his soul?” As the richest and wisest man to ever live, I believe Solomon would have held this insight long before it was written in the New Testament.

How about you? Are you running after Gold and Silver, the money of today? Or are you doing everything you can to gain wisdom and insight? What would your life look like if you pursued wisdom and insight with as much vigor as you do wealth? In the information age, you have the greatest opportunity to gain understanding than any generation before you. You have the opportunity to understand some of the mysteries of the universe. At your fingertips, is a gateway into the greatest minds who have ever lived. I have heard it said, “they can take away everything you have, but they can’t take away your mind”. If everything you have can be taken away, why not pursue something that can’t be taken away?

While we live, we will experience loss. We will experience having plenty and needing to sacrifice. How will we respond to these life changes? If we’ve sought wisdom, I believe we will know exactly what to do during the changes in our lives. And, no matter what happens, we will have wisdom. We will have insight. Or, if we’ve pursued the gold and silver (perfect family, McLaren f1’s, boats, islands) will we have understanding to deal with the life changes that come our way? We have a choice in front of us. We can choose to listen to the wisest man to ever live whose words are recorded in The Holy Bible. Or, we can choose our own way. What will be your choice?