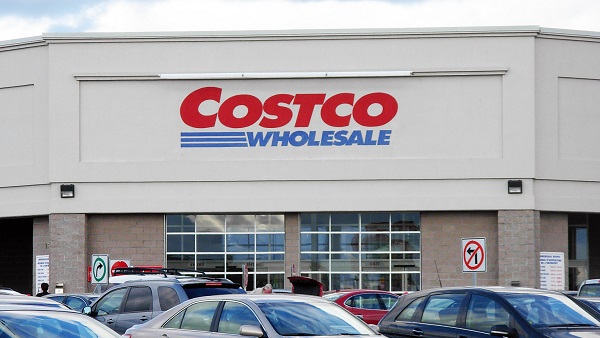 For years, a Sacramento Black Rifle banner has hung in the Citrus Heights, California Costco.  Black Rifle generously gives to the Children’s Miracle Network via the wholesale retailer.  For this, they get a banner in the store.

Then, according to a Black Rifle manager Nick Robertson, Citrus Heights Costco reported a complaint from an employee.  And down came the banner.  Representatives from the store later changed that to a “customer complaint” and explained the decision came directly from the Costco corporate office, according to Robertson.

Word spread about the politically correct move by the Citrus Heights Costco.  Shortly after that, two representatives from the Roseville, California Costco walked into the gun store, telling Black Rifle they’d gladly welcome their donations and would proudly display the banner.  According to the reps, there was no corporate policy against it.   So Sacramento Black Rifle worked with the Roseville Costco on a banner and donated $500 to the Children’s Miracle Network.

And then came a letter from the Roseville Costco explaining,

“Pursuant to Costco Wholesale’s Regional Office direction. (Enclosed) please find your company check for $500.00 made out to COSTCO WHSE 00 representing a refund of your CMN banner donation made to Roseville Costco on April 3rd, 2018.”

The envelope included the returned check. 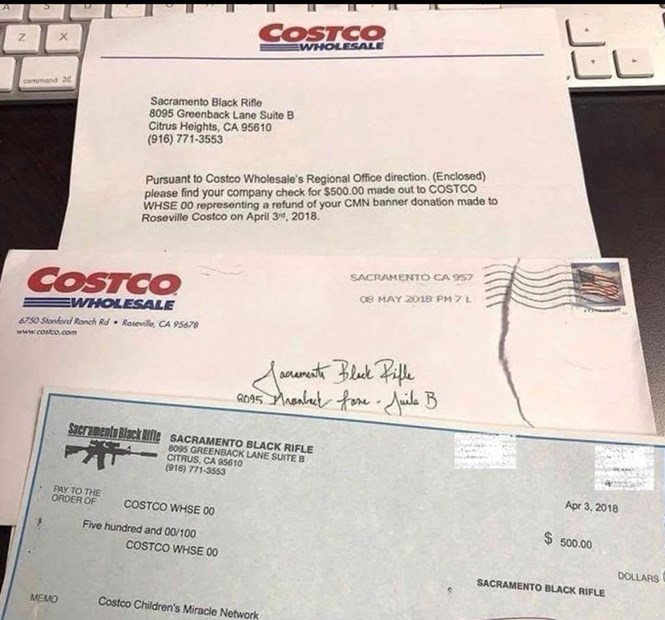 For many years, Sacramento Black Rifle has donated to local causes to the tune of half a million dollars, according to owner Rob Adams. And for five years, the firearms dealer has shelled out $500 at a time to give to the Children’s Miracle Network on behalf of Costco.

According to the Children’s Miracle Network website, the money goes directly to hospitals “to help save and improve the lives of as many children as possible.”  But if you are driven by a belief in the Second Amendment, needy children will have to wait.

Democrats and the media have stepped up their gun shaming since the horrible shooting in Parkland.   Costco stores have begun to panic and rejected money for a good cause.

It didn’t end there.   Yet another Costco, this time out of Reno, Nevada requested a donation from Sacramento Black Rifle. They put the banner up for a month.

Not long after it went up, they apparently got a complaint.  And just as before, down came the banner.  Back went the money.  The Children’s Miracle Network is out an additional $500 because a customer doesn’t like the sight of a gun. Keep in mind, Costco sells gun safes.  And I’ve been told the Roseville store has other banners on display, including one promoting alcohol and another glorifying the use of marijuana.

And the number he gave me for the corporate office didn’t work.