The Real ‘Creepy Infiltration’ Is Politicization Of Business, Not Chick-fil-A Opening 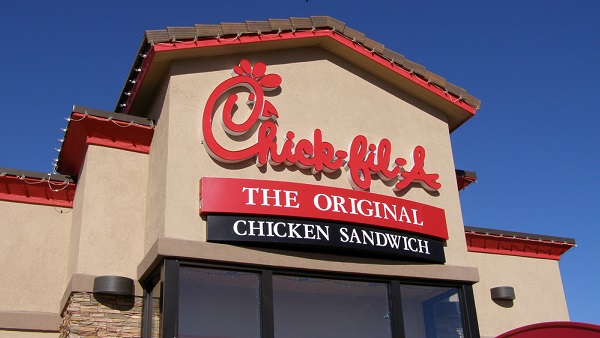 A New Yorker writer just called the opening of a new Chick-fil-A franchise ‘creepy’. But the only thing creepy I can see about the issue is that a major American magazine would engage in such transparent religious bigotry.

Here’s the text of an audio commentary of mine, on this topic, which is currently running on Salem Radio stations around the country:

“A recent article in the New Yorker decried the opening of a 4th Chick-fil-A restaurant in Manhattan. The author called it a “creepy infiltration” because of what he calls the company’s “pervasive Christian traditionalism,” evidenced by the fact that the headquarters in Atlanta features a statue of Jesus washing His disciple’s feet, and that the stores are closed on Sunday.

The New Yorker certainly has the right to publish articles with a secular point of view, but New York was founded by Dutch Calvinist merchants, and some 60 percent of New Yorkers still self-identify as Christian.

The foot washing episode inspired John Locke to teach the doctrine of religious liberty, which influenced our own 1st Amendment. So, the scene which offends the New York press today is what led to the freedom which enables that same press to deride it.

You can listen to the audio here.

I think there is a bigger issue here for American business culture: Are we going to balkanize our commercial relations along religious/cultural fault lines? Some conservatives talked about boycotting Starbucks because its holiday cups last year looked insufficiently Christmassy. Left wingers push for boycotts of companies that sell guns, or try to punish conservative talk show hosts by leading public relations assaults on sponsors. The end game of all of this is that political schisms lead to a cascade of boycotts and counter-boycotts which leaves American consumers as divided as the two parties.

One of the beautiful things about markets is that they unify people where politics tends to divide them. The American racial integration which followed the end of formal segregation was aided immensely by the need the different races had for each other as workers, as customers, and as investors. The same goes for religious, national, and cultural differences. Markets expose us to different kinds of people in ways which churches and political institutions do not.

It’s high time for American businesses to stop giving in to pressure tactics from left and right (but mostly from left) which press them to boycott cities or states or media sponsorships or customer donor programs or bulk discounts for membership organizations, and focus on doing what corporations were invented for in the first place: Serving customers in a marketplace in order to generate profits for investors. The owners of US companies should expect, and insist on, this.