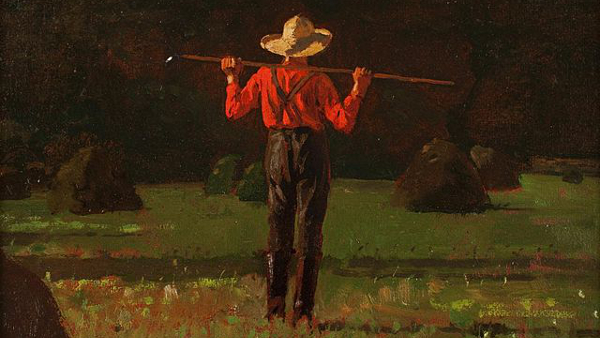 Is your town really dying?

It had become a familiar question to my Facebook friend regarding a recent negative article describing their town’s negative “economic conditions.” All of my questions were focused on trying to determine if their condition was a red versus blue pill moment, from the 1999 science fiction movie, The Matrix. The red pill represents knowledge, freedom, and the brutal truths of reality; the blue pill represents security, happiness, and the blissful ignorance of illusion.

In reality, it was neither.

But in the case of the article, the fourth estate “David/Debbie Downer” think-piece, Rural Kansas is dying. I drove 1,800 miles to find out why, told the story of a dismal-painted economic picture. Kim Zweygardt, who’s from Saint Francis, Kansas, population of about 1,300, and the rest of the people from the article gave a different picture to the journalist than was outlined in the article. Much different and better than the article portrayed—but dying?

I have driven around my home state of Colorado, in the mountains, and to the north east and south east plains of Colorado. So, I’ve seen what it’s like in rural areas. I have driven through towns with a population as small as 2,500, even 500. I once stopped in one town and got a cup of coffee which cost me $0.25 (I gave them $1.00). Things may not be hopping like a big city or an urban area, but they are happening even when it’s when it’s below the radar of “Hot Topics” of the daytime or late night TV shows.

I began discussing the article with Zweygardt in which she and others who were interviewed for it felt like it was a “bait and switch” by the journalist. What was the error? The heart of the article was this statement: “The problem is there are no jobs; everyone who wants to stay has to bring one with them.” This myopic snapshot view, “it’s about jobs,” of the heartland of America people belies theirs, and ours, Yankee ingenuity and creativity. It’s not about jobs, but the broader view of work, business, and community. It’s about putting all of the talents, skills, and experience within one’s community to work and revolves around one word and one word alone.

Grumbletonians are ganging up against gloom

Over time, the heartland of America had become the home of grumbletonians, people who are angry or unhappy with the government. Millions, even tens of millions, of Americans have felt that their local economies were under attack, their communities were dissolving, and their religious liberties were under threat. This is especially true when both education and government overreaches with their solutions. But with the 2016 election, the grumbletonians took action and jumped with Trump. In over a year since the election, things are looking up.

How did it change? Not unlike when I was stationed at the 379th Bombardment Wing at Wurtsmith AFB, MI in ’89-92, I’ve reflected on both my own grieving and leaving of the Air Force (hindsight is 20/20) as well as watching the town having to deal with the base closure. I experienced firsthand, both as an individual and as a citizen, the issues we both experienced and how to transition to the change that was coming, scary as it was. I was just one person, but I saw the community wondering what was going to happen to their town once all of the federal dollars dried up. Not unlike seeing a town’s #1 employer closing down operations or the market change affecting your town.

Anytime someone, especially in education or government, gets involved in business, they dole out advice and/or money to the local communities with little to no skin in the game, i.e. they rarely have to live with the results. The Small Business Administration’s (SBA) Small Business Development Centers primary advice to potential business owners today is for entrepreneurs to write a business plan; to a lesser degree to follow the Lean Startup methodology. But both education and government organizations are laggards behind what the marketplace is currently doing in both content and ideas as well as those they help. They focus on mostly larger small businesses, businesses, most of which are already making a business profit. Why? They have little incentive to change or to provide much advice to those that need information on how to start a business.

Brad Feld of Techstars startup accelerator and venture capital fame in his book, Startup Communities, discusses one question he asks at meetings he attends. He asks, “How many of you are entrepreneurs? If less than half the audience consists of entrepreneurs, there is a fundamental problem. …When…asking the rest of the people their titles, they were things like city economic development director, state office of economic development,…and mayor’s office of business development…I asked each of them to stop and turned to the entrepreneurs and said, ‘Please give me specific examples of how these people have helped you with your business.’ None were forthcoming.”[1]

But positive change is here. There’s a “new sheriff” in town. Business plans are for investors, but it’s the Business Model Generation (BMG) which is for entrepreneurial startups today. The marketplace has been using the BMG model for startups since 2010 and The Lean Startup since 2011. Both have the core emphasis of putting together a presentable product and start selling and making profits now; it’s less about seeking investors. In fact, a vast majority of startups, including most solopreneurs, rarely need a comprehensive and detailed plan. It’s the same with small towns. Yes you need to plan, but most important, all a town needs is committed people who have been successful in business to take the change on.

Even before BMG or Lean Startups became entrepreneurial and startup “Hot Topics,” change has been happening. As Zweygardt stated, “So many great things are going on that this [article] doesn’t address—new motorcycle museum with many rare motorcycles that brings in visitors from around the world, art gallery and art classes, historical museum with vibrant programs that are well attended, new water park/swimming pool, several new businesses in town! We aren’t dying! We are fighting to grow every step of the way!”

Just as the automobile had a creative destructive effect on the horse-drawn carriage and buggy whip industry, so does the current change in the marketplace affect rural and small town communities. But the familiar graph of the economics and retail long tail—in this case the offerings of many small towns versus one large city—is beginning to shorten as the towns carve out their own niche as the marketplace changes. One example, a local farmer’s coop, High Plains Food Coop, has 50 family farms supplying over 700 local food items. They produce and deliver their food products direct from “farm to table” to the Front Range and then return home with products from the Front Range to the rural areas. The long tail is changing and improving between the various flyover communities and states.

An attitude of grit

As with most small towns and their solopreneurs (some can run several different businesses for their town’s needs), they picked themselves up, took stock of what they had and where the market was heading and what they both needed, and then took action. If you want to consume a community, don’t do anything; or visit any of our major American cities. But if you want to create a community, even reinvent your community, brush up on your Yankee ingenuity and you can create a growing community, and a scrappy one at that.

Becky McCray and Deb Brown helped their small town recover. The credit goes to Deb Brown who came up with the idea to survey and host a town event showcasing their closed down buildings and businesses. Their Save Your Town organization is geared specifically toward small towns that need ideas how to kick-start their own development efforts in rebuilding or improving their town. Their grassroots, bottom-up approach of informal gathering, disorder brings ideas, test ideas, new connections with actions taken is not unlike Feld’s thoughts which counters the old way of top-down “leadership” with formal structures, someone is in control, multiple “studies,” mostly talk, and any failure is bad.

In realty, the real question about economic development and business startups in small towns is (and fourth estate articles): Why are you strangling, even killing, the small town opportunities to make a living for themselves? Watching the fourth estate mishandle the complete set of facts for their one theme is like watching cats chase the red laser on the floor; they can’t see anything else. While the familiar comment, “All politics is local,” should be changed to, “All politics are local, and so are the problems with their solutions, so scrap the national negative speech. Let’s share our small successes!”

The purpose of creative citizens who are small town turnaround specialists is not building a retirement community. Retirement in a small town is you’re still working, but you’re doing what you love and supplement your retirement income. The idea is to slow down and work-at-your-own-pace-to-earn-a-living-and-remain-active-and-involved-within-your-community model.

So what is your town doing creatively to improve from it’s “doom and gloom” to “groom and bloom” it’s economic situation?