Conservatives, Our Freedom Comes From God, Not Tradition 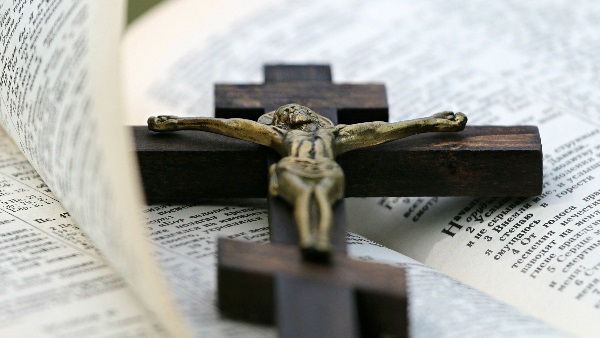 Our American Founding Fathers, guided and educated by the colonial clergy, instituted a limited government based on God’s Law of Fundamental Rights [“How Colonial America’s Pulpits Built Our Union on the Foundation of Natural Law”, “The Law of the Land: God’s Law”] and Scriptural-based structure [“From the Sinai Desert to the New World”] to try to prevent fallen attribute of human nature.  This was why they knew they would require Divine Providence.  In Anti-Federalist No. 13 it is noted that,

“The ministers of the gospel – an extremely valuable set of men, who have done honor to themselves, and rendered great service to their country, in completing the revolution.”[1]

“I will give you a new heart and put a new spirit in you; I will remove from you your heart of stone and give you a heart of flesh.  And I will put my Spirit in you and move you to follow my decrees and be careful to keep my laws.”[2]

Founding Father, John Dickinson, who signed the Constitution, wrote the first draft of the Articles of Confederation and wrote the final draft of the 1775 Declaration of the Causes and Necessity for Taking Up Arms. As a member of the First and Second Continental Congress, he wrote in 1766,

“Kings or parliaments could not give the rights essential to happiness…We claim them from a higher source – from the King of kings, and Lord of all the earth.  They are not annexed to us by parchments and seals.  They are created in us by the decrees of Providence, which establish the laws of our nature.  They are born with us; exist with us; and cannot be taken from us by any human power, without taking our lives.  In short they are founded on the immutable maxims of reason and justice.  It would be an insult on the divine Majesty to say, that he has given or allowed any man or body of men a right to make me miserable.”[3]

Here Dickinson recognizes that any charter or compact does not give us our rights, it can only acknowledge that which was already given to us by Christ and God.

Pastor Isaac Backus preaches in Boston in 1773, “The true liberty of man is, to know, obey and enjoy his Creator.”[4]  This view of our Compact and laws was also shared by James Madison.  Many mistakenly claim our law is based on English common law.   While English common absolutely has a direct impact – even to this day – and our law has heritage in English common law, it is not the source of our law.

Liberty is our source and liberty’s source is God; therefore, liberty is manifested in His Law.   The Revolution of 1776 solidified this standard.  “Anything in the common law that contravened the principles of the Declaration of Independence,” writes Dr. Edward Erler of California State University, “was repealed by the revolution.”[5]

Madison declared, in regard to State sovereignty in his Report of 1800 to the Virginia General Assembly, that,

“No support nor colour can be drawn from it, for the doctrine [English law unlawfully imposed on the colonies] that the common law is binding on these states as one society.  The doctrine, on the contrary, is evidently repugnant to the fundamental principle of the revolution.”[6]

“Our Revolution commenced on more favorable ground.   It presented us an album on which we were free to write what we pleased.  We had no occasion to search into musty records, to hunt up royal parchments, or to investigate the laws and institutions of a semi-barbarous ancestry.   We appealed to those of nature, and found them engraved on our hearts.”[7]

Jefferson appeals to Natural Law and the biblical reference of God placing His Laws on our hearts.[8]

America’s law is God’s Law; lest we forget this, we will seal our own demise.