If Congress Won’t Fund The Wall, Americans Should Do It Privately — Here’s How 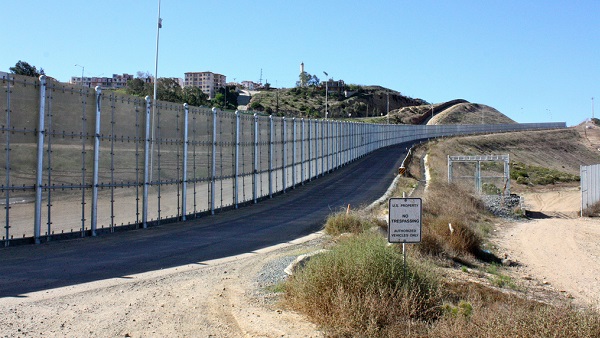 You can make the greatest border deal the world has ever seen. This deal will unite everyone by rewriting the playbook of politics.

Instead of taxing a divided public to pay for a border wall, offer a plan that gives something to both sides of the debate. Where there is public land on the border, allow voluntarily funded campaigns to finance the creation of a wall by citizens not bureaucracies. Millions of citizens would donate in a heartbeat. For a fraction of what it would take government, volunteers concerned with preventing violence could build a beautiful wall quickly.

Since it is public land, allow the other side a stake in the border too. Millions of Americans have expressed a desire to voluntarily fund food, medical supplies, legal services, counseling programs for sincere refugees fleeing dangerous life-and-death situations in their homelands. When earnest refugees and workers encounter the voluntarily funded wall on public lands, they will see brochure slots along the wall with multilingual copies of texts like the Declaration of Independence, legal service information, and numbers to call for aid. Also donors can build water dispensers alongside the brochure slots.

This is an orderly but kind structure. No tax dollars needed. Water and information provided.

For border areas that are privately owned, some owners may oppose such a voluntarily constructed wall along their property. If they want to participate in the voluntary wall program, they can. If they do not, they can allow migrants to enter their property if they desire. In permitting passage beyond their property line, property owners must sign a liability agreement assuming financial responsibility for any violence or theft inflicted by persons that have used their property to enter America to commit violence.

With millions of Americans vocalizing their care for refugees, many groups and religious charities will be motivated to buy portions of private property along the border to provide care centers filled with food, shelter, counseling, and legal services to desperate families.

Leftists can put their skin in the game. Assuming liability insures private border centers would create thorough vetting processes to stop child traffickers or gangs that intend to commit violence inside America. Compassionate people raging about ill-treatment of migrants will have an opportunity to care for them.

We can welcome migrants to work after they pass health and criminal background screens by private groups with financial liability for any violent acts committed after entry. This will incentivize hosts to foster accountability networks.

For the immigration process, it is time for a beautiful bargain. Immigrants can come to America as long as they agree to what I call the Great American Deal: they opt out of using tax-funded programs, they forfeit voting, and they pledge not to commit violent crimes.

By opting out of tax-funded schools, food programs, and medical services, they will also be exempt from paying taxes for said programs. Citizens and immigrants will have a fair compromise that does no harm.

In such a deal, immigrants would be able to live, work, buy property, invest, create jobs, invent, and learn via all privately-funded businesses, schools, and associations. This is a win-win opportunity for everyone. No one gets exploited by free riding and the American Dream will be alive like never before.

With a fair deal, Americans will welcome immigrants to the economy and assist those in need through voluntary services. Meanwhile, citizens once concerned about increased taxes and violent crimes will breathe a sigh of relief.

President Trump, as a businessman, you know there are federal programs denying basic economics that have to end if we want to truly fix the border and stop crime. You can change history by rejecting two failed wars that empower cartels and create millions of violent crimes.

End the drug war and the war on adult sex workers.

Ending the drug war will collapse black markets where violence is the only means of settling disputes. When the Swamp criminalizes the supply of a product that has demand, chaos and more addictive substances break out. For example, if they criminalized caffeine or alcohol because of addictions and overdoses, a violent black market with more potent, unsafe versions would open. As the Sarasota-Herald Tribune quoted you in 1990, legalization would “take the profit away from these drug czars.” President Trump knows ending federal drug laws would break gangs and save neighborhoods.

Likewise, legalizing adult consensual prostitution will financially pressure many people to leave a more competitive trade that does not offer black market monopoly profit margins anymore. Those who do stay in the business will have the legal recourse and protection from violence that prohibition denies them. By bringing sex workers out of the darkness of black markets, they will no longer be forgotten. It will also free police to more easily find and catch gangs that kidnap women and children for human trafficking. With adult prostitution and drug markets evaporated out of their hands, syndicates will have very little resources to conduct their heinous trade. We will be able to financially choke their global networks and save victims’ lives.

If you make this deal—and you can—you will save millions of lives, reunite millions of American families separated by prohibition, heal racial divisions, secure the border, crush the cartels, and unleash prosperity like no one has ever seen. And you will make America greater than it has ever been before.