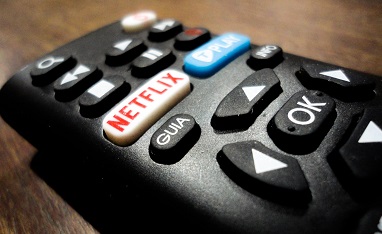 In a previous column, I outlined problems with the governance of Netflix. In this column, we’ll talk about red flags in the accounting system. The distinction between governance and financial reporting is not a rigorous one: If a company gilds the lily when it gives an account to its owners, this is inherently a governance issue too. That’s because shareholders deserve the unvarnished truth, and companies that (even legally) tweak the numbers are companies that do not understand the proper relationship between owners and managers. The latter work for the former — that’s shareholder capitalism.

The type of data we’re looking at is called ‘forensic accounting’. Forensic accounting is the science of trying to spot the risk that financial data is misstated, distorted, or otherwise misleading. It’s often used to detect fraud. In this case, we’re not just interested in fraud. Companies can manage earnings in such a way as to be completely legal, but still not disclose the whole truth to readers of the statements. This is called ‘aggressive accounting’ because it shows management that’s willing to push the risk envelope by making judgment calls about how, when, and where to classify transactions in a way that is likely to eventually become a problem.

Netflix is very aggressive in its accounting” practices. Near the bottom compared to other American companies.

An example of a red flag is if general and administrative expenses are unusually high as a share of operating expenses. Too much in the general category means there’s a lot of room to put expenses in the wrong category. It also means that companies might be ‘stuffing the channel’, which means trying to book revenues too early — for instance, by offering steep discounts as loss-leaders. If a company sells something this year at a big discount that it could have sold next year at a higher price, then it is hurting long-term revenues for the sake of short-term window dressing.

Also, Netflix has been on an acquisitions binge. Now, not all acquisitions are bad news — some work out beautifully. But too many acquisitions create lots of temptations for financial shenanigans because there are lots of intangible assets to be valued in a merger. Lots of judgment calls means room for mischief. In addition, Netflix has been flagged for some recent restructuring. Again, not necessarily a bad move managerially speaking (nor necessarily a good move either) but a great opportunity for accounting mischief.

There is also an issue with what is called ‘CEO Pay Slice’, which means that the CEO gets an unusually high salary in comparison with other top managers, especially the CFO. I mention this topic, and people tend to go political and either gripe about CEO pay in general and income inequality and all that, or they take the flipside and gripe about people griping about CEO pay and inequality.

This is neither. This is about the relative power of the CEO. It’s designed to spot situations where the CEO has so much power that the CFO has little ability to resist pressure to engage in aggressive accounting. It’s about concentration of power in the CEO relative to top management, especially financial management, which can, in healthy companies, pump the brakes during earnings reporting times.

The company is also highly leveraged, which is problematic in and of itself, because a company which is highly leveraged has to grow earnings at a rate higher than the borrowing cost just to get past the zero line in earnings growth. But it’s also a forensic problem – debt can put terrible pressure on managers to sweep things under the rug, especially the kinds of things which would lead to bond ratings downgrades and higher borrowing costs.

So far, I’ve only focused on general governance and forensic factors which experts in the industry tend to focus on. But I work for Vident Financial where we produce indices which pay close attention to several other factors like governance, earnings quality, valuation, and forensic accounting using our own models, which I helped to develop.

Our models are similarly flashing alarming signals about this company.

From an earnings quality point of view, this is a company which is indeed profitable but with serious signs of trouble. Earnings metrics which focus on cash flow (as opposed to ‘book’ earnings with all that room for managerial judgment calls) don’t look so good. Also, returns on assets are quite weak. So, how can a very profitable company have weak return on assets? By having a lot of assets. A company can be capital-heavy relative to its earnings. If it takes a huge expenditure base to make profit growth goals, that’s worrisome for long-term growth. Netflix is reportedly planning to spend $8 billion on new programming next year. That’s a lot of capital.

The expenditure levels, low return on capital, and of course the debt leverage place this company at elevated risk for financial distress. I’m not saying that this is a base case. Big companies don’t usually go bankrupt, but given how financially devastating default of any form is for equity investors, even a small risk cannot be ignored.

In every composite category of earnings quality Vident tracks, Netflix scores significantly worse than the average for the universe analyzed. The same is true for every composite category for forensic accounting. Cash flow is the worst. At some price it might be worth it to expose investors to ‘agency risk’ (risks that arise when the owners of a company work through ‘agents’ such as corporate managers who may work counter to owners’ best interests), but Netflix is valued at a PE of well over 200. If it didn’t grow earnings, it would take roughly 200 years for the company to pay investors back for their investments at current prices.

We like a broad array of valuation metrics. PE ratios are not the most sophisticated metric to look at, it’s just one that most folks can easily understand. But other metrics of valuation which do not take the earnings reports for granted we’re looking at are also flashing red.

There’s a lot of companies in the world, tens of thousands. Why take such huge risks on one like this by putting loads of it on your list?