Freedom Frustration: The Left Rejects Free Speech Because It Loses All The Debates 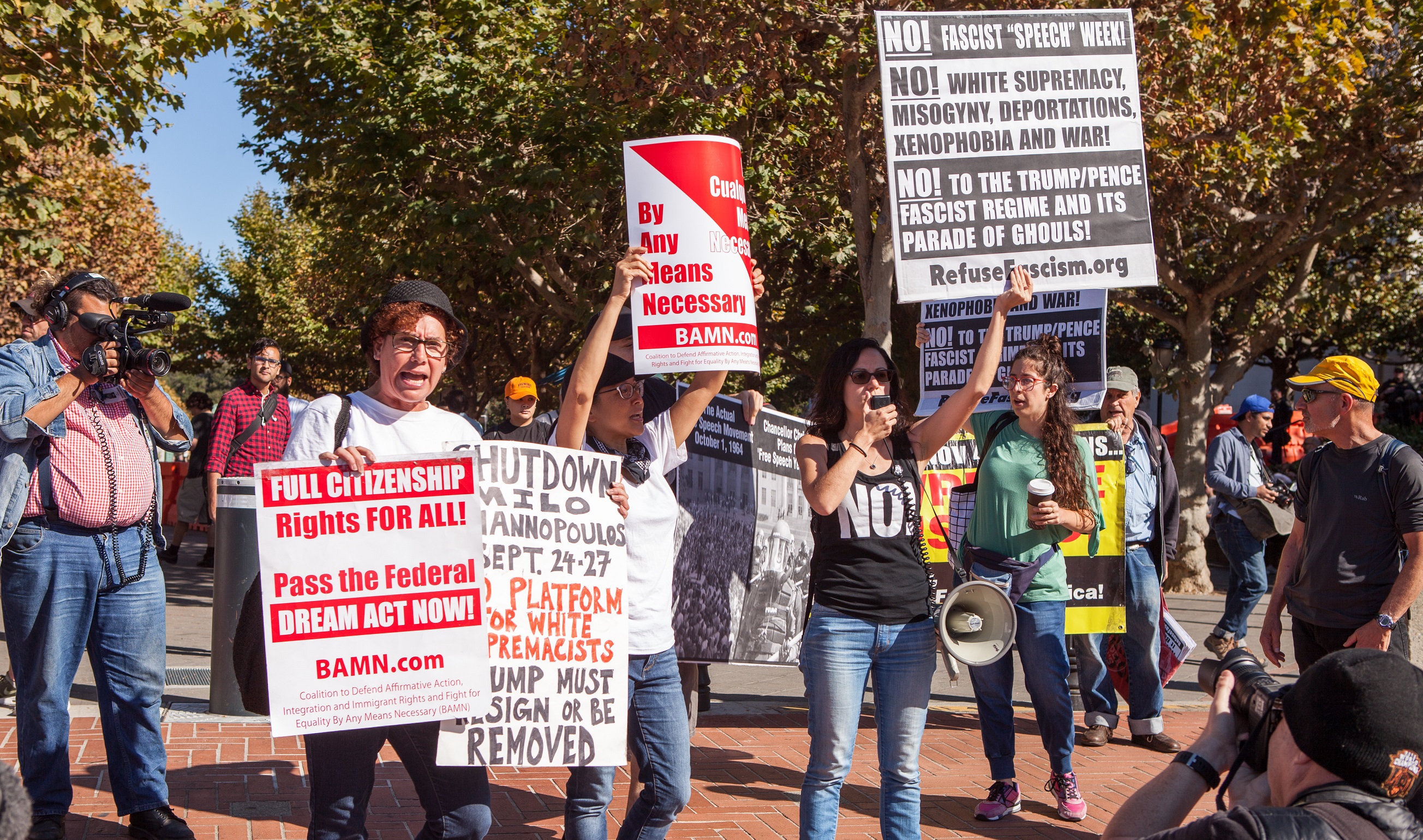 It is increasingly worrisome that the basic and underlying principles for which, and upon which, the nation was founded are under attack. There can be little doubt that those on the extreme left clearly have a very different vision, not just of what America should be, but whether its guiding principles are worthy of existing at all.

Increasingly, the concept of free speech has been assaulted by those who would force their partisan views of political correctness and acceptance of censorship upon the citizenry.  Academic institutions harass, intimidate, and force out students and teachers who dare to challenge left wing orthodoxy. Media and internet powers ignore contrary views and engage in efforts to delete opinions that conflict with theirs. Officials, during the Obama Administration, sought to place federal monitors in news rooms. New York’s Senator Schumer actually introduced legislation to limit the application of the First Amendment towards paid political speech. So-called campaign regulations move far beyond guaranteeing fair and transparent elections and into the realm of actively discouraging average citizens from competing with career professionals in running for office.

Self-defined globalists seek to subject the Constitution to the dictates of unelected, unaccountable and undemocratic international institutions. Before there even was an American Constitution, the concept of forcing laws upon America not of the country’s own making worried the Founders.  Indeed, the Declaration of Independence contains this phrase, speaking of King George III:

“He has combined with others to subject us to a jurisdiction foreign to our constitution, and unacknowledged by our laws…”

Those repeated claims by the left that the U.S. Constitution may be limited by international treaties and dictates can be seen most prominently in attempts to limit the Second Amendment but exists in other areas as well. Consider President Obama’s motives in removing some aspects of internet control from America, the nation which founded it, and surrendering it to an international body which is not bound by the First Amendment. Consider, as well, aspects of some international trade agreements which take authority away from Congress.

It’s not the only prescient phrase in that extraordinary and unprecedented document. Washington’s bureaucracy sees itself as superior to the elected government.  The stunning spectacle of the Department of Justice and the Federal Bureau of Investigation ignoring Congressional demands to release records and key information after Congress has repeatedly demanded them should trouble every American.  Similarly, the actions of the Obama-era Environmental Protection Agency in believing that it could, even in cases where no clear environmental issue is at stake, control the actions of landowners on their own property is a major cause for alarm.

The Declaration itself discussed the threat of bureaucracy over elected government, when it complained that the King “… erected a multitude of New Offices, and sent hither swarms of Officers to harass our people and eat out their substance.”

Unable to win at the ballot box, the Left has engaged in street riots, intimidation of its opposition, and the harassment of White House appointees. Once again, this was a type of action mentioned in the Declaration, when it complained that King George III “excited domestic insurrections amongst us…”

The rising acceptance of Socialism, which has miserably failed to provide sustainable prosperity wherever and whenever it has been tried, is a major rejection of the individual rights and freedoms Americans have fought and died for in the 240 years since the Declaration of Independence was first signed.

Whether we will continue to be guided by its principles is now in serious contention.