The US Doesn’t Need To Protect Mideast Oil 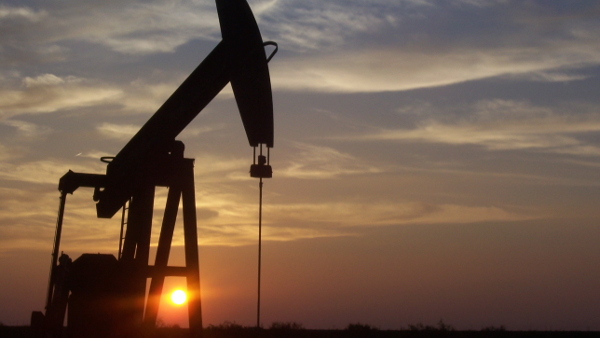 A few weeks ago the President tweeted a threat to Saudi Arabia about its oil production:

The OPEC Monopoly must remember that gas prices are up & they are doing little to help. If anything, they are driving prices higher as the United States defends many of their members for very little $’s. This must be a two way street. REDUCE PRICING NOW!

OPEC is not a monopoly. It’s a cartel, but that is nitpicking. The idea is to anger Americans and the word monopoly does that more efficiently than does cartel. The President is worried about the US economy, but in addition he knows that higher oil prices will increase revenues to Iran’s wealthy politicians, whom Trump’s sanctions don’t affect. Economic sanctions only hurt Iran’s poorest people who have no influence over their government.

The US spends almost 4% of its GDP on the military. That includes billions the US spends to protect the sea lanes around the world to make a clear path for oil transportation. But we get only about 13% of our total oil from Persian Gulf states. Is that a good tradeoff, or as economists say, a good cost/benefit analysis?

The US attacked Iraq in the first Gulf war to protect Saudi Arabia from Saddam Hussein. Politicians feared that Hussein could overrun the Saudi Military, which was probably true considering the trouble the Saudis are having against the Houthi rebels in Yemen. But no politician stopped to ask what Hussein would do with all of that oil had he succeeded. Oil is difficult to eat. Neither Saudi Arabia nor Iraq had much refining capacity at the time. Hussein’s best use of Saudi Oil would have been to sell it on the world market, just as Saudi Arabia does, where the US could buy all it wanted. Why anyone preferred the House of Saud to Hussein as a ruler is a mystery.

High oil prices aren’t nearly the threat to the US economy that Trump’s tariffs pose, but ignoring those, the real cause of higher oil prices is the decline in production from state-owned Venezuela and Mexico production. A more effective way to increase oil supply, and thereby reduce prices, would be to invade both of those countries and privatize their oil companies. And it would be cheaper than protecting Persian Gulf oil.

I’m kidding. The point was that military solutions to market issues are just as ridiculous. The cost/benefit analysis of “protecting” Persian Gulf oil shows it to be a terrible idea. It’s merely sleight of hand to keep gullible US citizens terrified of a bogie man that doesn’t exist so they will bankrupt the country through military spending.

It should be clear to any alert US voter that we have ignored President Eisenhower’s warning about the dangers of the military industrial complex. He said,

This conjunction of an immense military establishment and a large arms industry is new in the American experience. The total influence — economic, political, even spiritual — is felt in every city, every State house, every office of the Federal government. We recognize the imperative need for this development. Yet we must not fail to comprehend its grave implications. Our toil, resources and livelihood are all involved; so is the very structure of our society.

In the councils of government, we must guard against the acquisition of unwarranted influence, whether sought or unsought, by the military industrial complex. The potential for the disastrous rise of misplaced power exists and will persist.

We must never let the weight of this combination endanger our liberties or democratic processes. We should take nothing for granted. Only an alert and knowledgeable citizenry can compel the proper meshing of the huge industrial and military machinery of defense with our peaceful methods and goals, so that security and liberty may prosper together.

That beast has dictated our foreign policy for decades and President Trump has clarified in his tweet that it, not him, still does. While the socialist media is terrified that a few inept hackers in Russia could destroy our democracy, the military/industrial complex thrives and grows.

President Trump wants Europeans to increase military spending to 2% of their GDP. It’s time the US limited its spending on the military to 2%. That’s the only way to tame the leviathan of the military industrial complex.