Trump’s Right: The US Deserves Some Blame For Russia Crisis 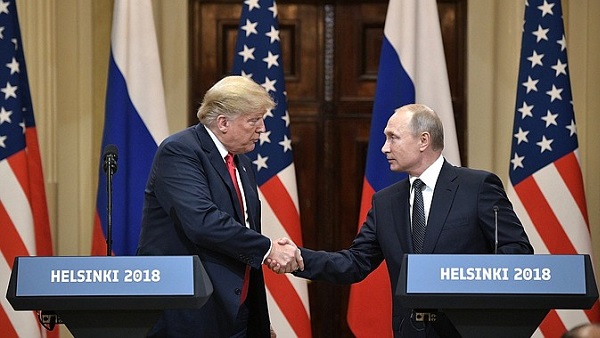 The media, both on the left and on the right, has lost its mind over Trump’s suggestion that the US bears some responsibility for our horrible relations with Russia. As someone who didn’t vote for Trump in 2016, I can say Trump’s correct on this point. That is not to say that Putin is blameless, or that he’s a man of upstanding moral character. He is neither. But we should not, in misguided attempts at patriotism, pretend past Presidents have not made mistakes in our relations with Russia.

After the end of the Cold War, Russia effectively lost half of its European territory. “States” that used to be effectively under Russian control now became fully independent. These states — Ukraine, Belarus, and the Baltics — are not regarded by the Russian people as fully independent countries. The Russians view Eastern Ukraine the same way Americans view Texas.

Here’s a little thought experiment: imagine if the US had a violent revolution in 1989, instigated by the Russian government, in which our government was overthrown and the territories of Texas, New Mexico, and Southern California seceded. And, to make matters worse, imagine if the Warsaw Pact had then added the newly-independent Texas, New Mexico, and Southern California to their military alliance. And let’s say 20 or so years later, relations between Russia and the crippled United States were at a low, and that pact was adding states like Mexico, Cuba, and Canada into its fold. Would it not be reasonable for the Russian president, in that case, to say that Russia bears some responsibility for the horrible state of their relations?

That is roughly the way the Russians view our current situation. We have added states that are historically considered part of the Russian motherland into NATO, an explicitly anti-Russian military alliance. Remember, Russia has historically relied on its depth to win wars. Napoleon and Hitler were both stopped by the sheer vastness of Eastern Europe. Those victories are ingrained in the Russian collective consciousness. To the Russians, adding territories – used in 1812 and 1943 to stop invaders – into a hostile foreign alliance is unacceptable.

Putin has contributed, of course, to our present crisis. But he does not bear sole responsibility. Presidents Clinton, Bush, and Obama all expanded NATO into former Russian territory. Trump was right to say the US shares the blame.