Government Officials Are Men, Not Gods And Should Punish Actions, Not Thoughts 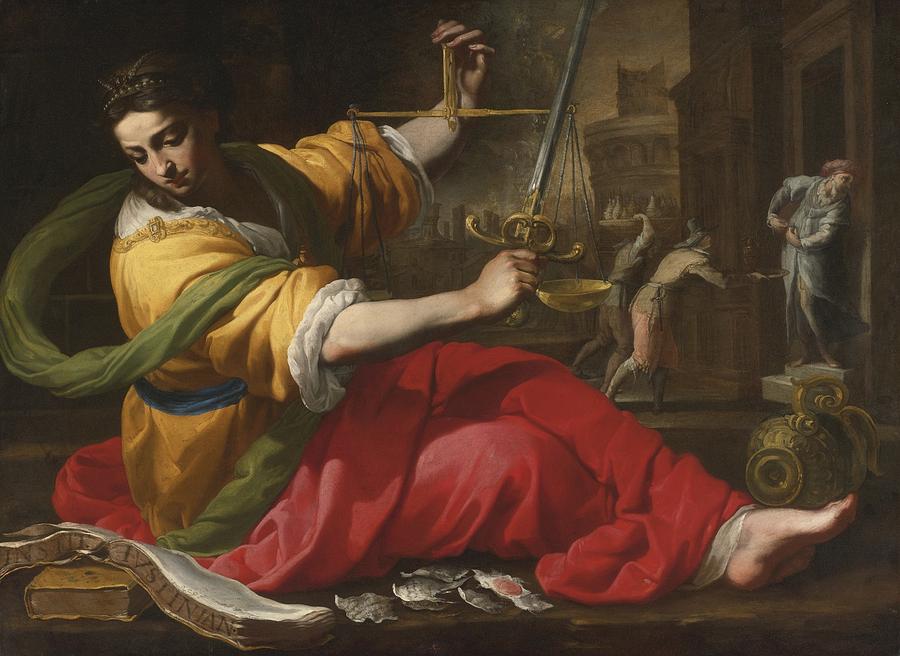 Allegory of Justice by Bernardino Mei.

It would almost seem that government officials are becoming more and more convinced that they possess god-like powers.

It used to be that our rulers limited themselves to policing our actions, punishing evil-doers and securing a friendly environment for those doing good.

Now, as the Wizards of Washington have evolved into more heavenly beings, they feel qualified to judge our attitudes, our thoughts maybe even our hearts.

For instance, take the more than year-long court battle over the three Trump Travel Bans that just ended this summer.

Multiple times lesser courts threw the Travel Bans out because they insisted that Trump had made not-so-friendly campaign statements about Muslim terrorists and consequently the Bans were “tainted with animus”.

In other words, because Trump had a “bad” thought, his action was bad as well.

Of course, in the end, the Supreme Court correctly ruled that as nonsense – it didn’t matter what his attitude was, he had the authority to issue the Travel Ban if he thought it was in the security interest of America.

Unfortunately, four of the Supremes were of the minority opinion that the ‘animus’ behind the Ban made it unconstitutional.

How is possible that four of the supposedly best legal minds in the country could believe that an exercise of executive power could be unconstitutional based upon its motivation?

In other words, they think that the very same Travel Ban say, enacted by Obama who didn’t have any animus, would be constitutional but, since Trump has animus it is unconstitutional.

This is bizarre legal reasoning that is laughable.

This reasoning applied to the statutory power of the legislative branch would mandate the inquisition of the minds of every legislator to ascertain their attitudes when passing new laws.

I can picture the scene now, “Ms. Pelosi, is there any chance that you possess some animus toward conservative Christian Americans and that is why you voted to open up the borders and allow millions of immigrants into the country who don’t share the same values as those citizens do?”

Or, historically, “President Roosevelt, we must rule the Declaration of War against Japan unconstitutional because you obviously have a hatred of Japan that motivated this action.”

How can we be a nation of laws when laws are only legitimate if based on the ‘right’ motivations?

It would be chaos as we examine and interrogate all government officials to ferret out their true motives.

Laws and, executive actions, are based upon their intended effects and if they are within the reach of action as defined in the Constitution, they are legal and constitutional, regardless of the motives of the enactors.

Only those possessed of god-like powers can read minds and ascertain motivations.

It’s a risky business to try to do so and that’s why the law should only judge based upon objective data, not imaginative fancies about what others may or may not be thinking.

We are in a sorry state when some of our supposedly best legal thinkers think that it is their job to read minds and that they actually believe they can do so!

In the end, the judges who knocked down the Travel Ban were shown to be the ones ‘tainted by animus’.

Not towards Muslims but towards Trump.

If you think otherwise, I say that it just ‘taint so.