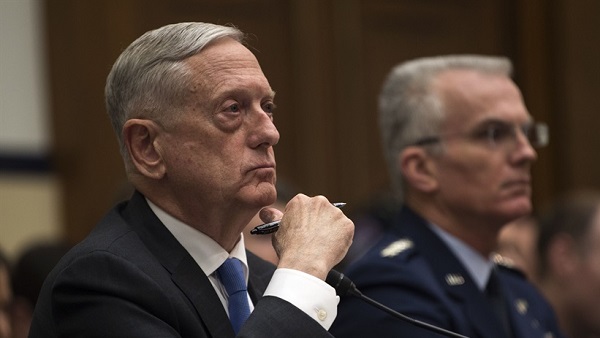 In response to the extraordinary rise in threats from China, Russia, Iran, North Korea and terrorists, the 2019 National Defense Authorization Act (NDAA) provides needed resources, many believe long overdue, for the U.S. military, which had been underfunded throughout the Obama Administration.

The $717 billion it provides was approved by Congress at the fastest pace in two decades, reflecting the urgency of deterring the dramatically expanded challenge from Moscow and Beijing. The broad support for the bill was reflected in the vote totals, including 87-10 approval in the Senate and 359-54 in the House.

Key general provisions include an increase in the military’s authorized active-duty end strength by 15,600; a 2.6% pay raise, the largest in nine years, and strengthening cyber defenses, and support for major weapons programs.

A White House statement noted that,

“…the FY 2019 NDAA enhances the President’s ability to defend the Nation.  It also supports key components of the Administration’s Nuclear Posture Review, South Asia Strategy, vision of a free and open Indo-Pacific region, and ongoing operations against the Islamic State of Iraq and Syria (ISIS)…The FY 2019 NDAA keeps faith with Israel, fully authorizing the Administration request for co-development and co-production of missile defense systems.  It supports the European Deterrence Initiative, strengthening the posture of the United States in Europe and bolstering our European allies against the threat of Russian aggression.”

The defense publication Stars and Stripes stressed that the measure “dictates the next steps in creating a Space Force, but falls short of President Donald Trump’s calls for a new military branch.”

While China’s military buildup has arguably been larger, Russia’s deployment of major weapons system directly enhancing its nuclear power, its invasions of Ukraine and Georgia, and Putin’s threatening actions against the Baltics, is seen as the more immediate danger. Secretary Mattis notes that,

“Russia… continues to modernize and invest across the full range of military capability, including new aircraft, submarines, armor, counter-space, and air defense systems, while also modernizing conventional and nuclear strike capabilities. These investments and activities are specifically designed to limit our power projection capability and undermine the credibility of U.S. alliances, especially NATO.”

Specific weapons programs supported by the legislation include: