The Most Stupid People In The World 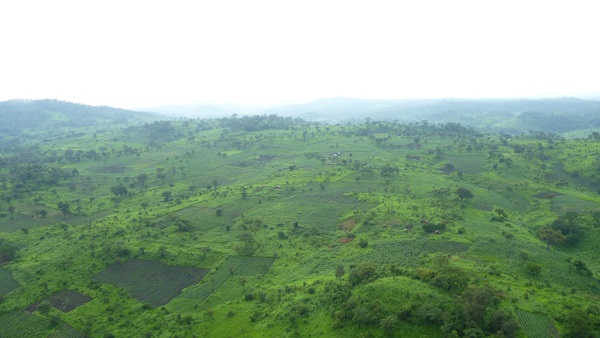 A number of times my children and I have traveled to Zambia, Africa.  We go to visit and help some close family friends that are missionaries.  John and Kendra Enright are not typical missionaries.   While they do have a very nice training center, the Kafakumba Training Center, which is used for a pastor school,[1] family activities and other community events, the main focus and thrust of their work is setting up indigenous economic development.  John has always said the problem with Africa and Africans is that they have been saved, “too many times.”  His point is – it is one thing to convert them to Christianity, but when this happens and they simply go back to their life of destitution and witchcraft-culture beliefs – little is accomplished.  What they need is a robust economy to take their Christian values and principles to earn a living for themselves, their family, their community and their country.  This is exactly what he and Kendra have been doing and have made a very significant impact both spiritually and economically.

John is no stranger to what it takes to make this dramatic culture and economic change in the depths of Africa.  His parents were missionaries in Congo (Congo is along the north border of Zambia) and arrived there in 1950.  He has spent his entire life living among these people and their culture.  He knows it firsthand, and he and Kendra have been living, working and spreading the Word and prosperity there since 1973 – originally in Congo and, since 1998, in Zambia.

During one of our visits John told me a deeply insightful story.  A Congolese friend and colleague named Kosongo Munza[2] during his first visit to the United States in 2000 made astute observation of America and Americans.  John tells the story:

We were conducting a conference at Zion United Methodist Church in Kokomo, Indiana.  Kasongo was just attending the conference where I was speaking, and he was asked to get up and give a small presentation.  At that point, in a question and answer environment, it became clear that this was Kasongo’s first trip to America.  Someone asked him what he thought of America.  He sat very quiet for a moment, and then he said, “I think Americans are the most stupid people in the world.”

There was a long silence, and no one said anything.   Then Kasongo asked, “Will anyone ask me why I have just insulted you?”  So someone in the large group raised their hand and asked the question.   Kasongo said, “Thank you for asking.   I have come here to America and I have seen things that I could not have even imagined.  Your worst houses are better than our best houses in Zaire [Congo].  Your roads are fantastic.  Your farms and your factories are overwhelming.  Your wealth is beyond belief.  Everything we have ever dreamed of in Africa you have already.  We in Africa know that this kind of good fortune, wealth, and prosperity does not happen by accident.  It grows out of a sound world view and moral understandings that produce positive results.  These moral understandings came from America’s adherence to Christian values and principles, which have become deeply embedded in the society.  I now see this country at many levels rejecting the very values and principles that have brought this prosperity.  I look with amazement and see people who think they can destroy the foundational values of their society and still enjoy the prosperity and blessing that comes from those values.  I say to myself these are the most stupid people in the world.  They are destroying with their own hands their hard earned prosperity.”[3]

Kosongo Munza’s observations and insight are so prolific.  Essentially, he saw the very results of what will be discussed in detail in this Part of this book, The Fall from Grace of the Shining City and the Elements of its Enemies.  How can we ever think or believe that if we deviate from the Original Intent and our reliance on Divine Providence that we will maintain our standard of living and hold on to liberty?  As we will see, we will not and have not.  Kosongo being born and raised in Congo, Africa, saw and lived firsthand the darkest of dark of life on earth.  He literally lived in hell on earth.  Congo was ruled by the brutal dictator Mobutu (Mobutu Sese Seko Kuku Ngbendu wa Za Banga) from 1965 to 1997.  In 1997 Mobutu died and the already chaotic existence in Congo fell into a brutal civil war which continues to rage on and off.

Kosongo had the unique perspective to realize that an abundant life was built on hard work and vision in the Shining City (America was, in a literal sense, a Shining City to him), and he was greatly troubled by Americans obvious relinquishing of it.   “It is also my prayer that this exercise applying the template of the Kingdom of God to African society will serve as an example of how this template can be applied to all societies and situations.   Thus the understanding of the Kingdom of God can grow until it fills the whole earth,”[4] wrote Kosongo Munza.

[1] The Kafakumba Pastor School was started by John’s parents, Ken and Lorraine Enright, in Congo (Zaire at the time of their service in that country) in 1963 on the shores of Lake Kafakumba sitting on logs.  The Pastor School celebrated its 50thanniversary in 2013.

[2] Kosonga Munza was an ordained pastor in the United Methodist Church and passed away in October 2005 from non-Hodgkin’s Lymphoma.  For Pastor Munza’s lessons and worldview see Kasongo Munza, 2005, A Letter to Africa about Africa, (Ndola, Zambia: Kafakumba Training Center).

[3] John Enright told Kasongo Munza’s story to me during my and my children’s visit with them at their home in Zambia in August 2013.  He also emailed me the narrative upon my request – John Enright, June 4, 2014, “Kasongo Munza,” Personal email.