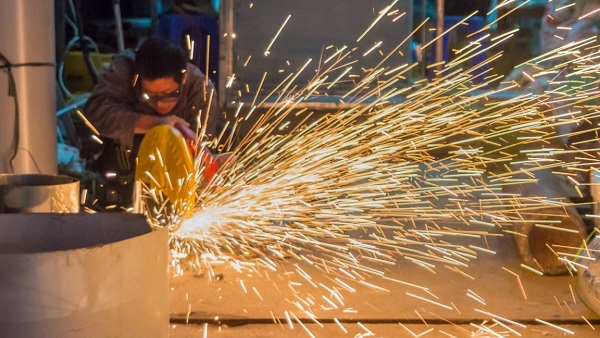 The market sits substantially off the lows of Q1 and Q2, and yet with the significant headwind of trade and tariff uncertainty continuing to linger.  This week was “case in point” of the underlying tension in markets – as investors grapple with the tailwinds of earnings vs. the headwinds of trade uncertainty. This week we get into the state of the economy, what 4%+ economic growth means to you, and the be-all and end-all of investor success: Wise behavior.  Jump on in to the Dividend Café …

The story that missed last week’s Dividend Café by a couple hours was the Q2 GDP announcement (measuring economic growth).  As had been somewhat suspected, the number did, indeed, top 4% (a 4.1% Real GDP growth, meaning, net of inflation).  I actually commented on the GDP results minutes after the release on Fox Business here [Varney Case:
7344412]  The message to markets was not merely the 4% number, which critics of the Trump economic plan have every right to say may prove to be transitory.  Rather, it was the evidence within the number that this economic growth may prove much more sustainable than critics have suggested.  As I mentioned in the clip, business investment was up 9-10% in the first half of the year, a stunningly high number that I believe is the key to productive, non-inflationary, growth.  A shot in the arm with exports, or with consumer spending, could indeed prove to be transitory and therefore unsustainable.  But business investment suggests a longer term acceleration of economic growth,  It is why we have to keep talking about capex, etc.

3% real GDP growth (or higher) is the number that many feel is no longer sustainably possible.  It is the trendline number our economy needs (and the servicing of our national debt needs).  I should say, it is the minimum number.  Achieving it will come down to business investment, and the Q2 numbers are a healthy encouragement along those lines.

Are 25% tariffs coming on $200 billion of imports from China?

The President has announced his interest in doing so, but no, it has not been formally proposed or implemented (yet).  It is in what is called the “public comment period.”  Nothing can happen earlier than September.  Get used to more of this, but clarity around what is a bluff and what is real remains the big need for market actors.

Total amount of money in ETF’s:

Exchange-traded funds – single security tickets that seek to replicate a certain index or basket – represent just a few bucks under $5 trillion of investment assets worldwide.  With a “T” … (1)

The dollar volume of U.S. residential sales to international buyers declined 21% year-over-year, the surest sign yet of a cooling effect in high-end markets which have been beneficiaries of large foreign interest.  Foreign buyers represented 8% of transactions last year, down from low double digits the last couple of years.  China remains 15% or more of that total foreign purchase block, the top country buying U.S. real estate for six years in a row. (2)

It is putting us out on a limb to share our view that actual substantive, secular, and sustainable inflation is not on the horizon in U.S. markets right now.  We acknowledge market volatility will elevate where even transitory inflation is seen or suspected, but that is a far cry from allocating to client portfolios around the belief that a significant increase in inflation is coming.  We have seen a shortage of workers in the labor data, but no significant move higher in wages.  We have seen oil prices move up substantially, and the inflation needle was largely still.  The 30-year bond yield has told us long term inflation expectations are muted, to say the least.

None of this should be taken as our belief that inflation of 2-3% is off the table – it is very much on the table, pretty much always – nor that such is benign.  2-3% inflation slashes purchasing power every decade dramatically, and we have to manage for several decades of client retirement, for example.  I always want to say to my inflationista friends – be afraid of inflation, without distorting what the fear should be.

Behavioral nugget of the week

I have maintained for a very long time that the number one secret to wealth accumulation and wealth preservation is to “not do stupid things” – that the bulk of bad things which happen to people with their wealth over the years comes down to bad decisions.  It is why we promote a behaviorally wise approach to wealth management, rooted in careful decisions and fact-based implementation that ignores (or avoids) the excesses of human emotion in order to acquire and sustain wealth over time.

There is a particular entrapment that often very wealthy and sometimes even very “smart” people are allured by, and one that can do unspeakable damage to one’s financial well-being (especially those who fancy themselves untouchable in the financial comfort category) – and that is, the irresistible allure of novelty.  Put differently, many wealthy people of a particular psychological DNA find that which is unique, different, complex, and unconventional ever so attractive for how it grants them a differentiation, a feeling of exclusivity, the veneer of wit and intelligence.  And do some of these highly creative, out of the box, uncommon strategies sometimes work out?  Sure, of course they do.  But the question is not “what percentage of these things work out?”  Rather, the question is, “what percentage of ‘blow-ups’ take place from things of this description?”  I fear the answer to that second, more important, question, is – “nearly all.”

Novelty scratches ego itches; it rarely scratches planning and goal itches.  An investment is not attractive just because it is “out of the box” or provokes some sort of differentiation from one’s peers.  Sometimes, liquidity, simplicity, clarity, and objectivity trump everything else.

What is at the heart of such behaviorally wise investing?

Japan’s central bank met this week, and contrary to well-circulated concerns that they would be overly hawkish, the conclusion was for “extremely low policy rates for an extended period if time.” (in case 25 years has not counted as an extended period of time).  They announced higher, not lower, purchase plans for equity ETF’s with central bank money.  They alluded to uncertainty around a sales tax increase that launches in October.  Yields (in Japan and the U.S.) mildly dropped on the news of the announcement.

Those accusing China of manipulating their currency to the downside have a particular conundrum to deal with: Based on the clear evidence of this chart – if you believe all the red lines (below) of U.S. dollar increase to Chinese renminbi represent “manipulation,” then you have to believe the black lines below indicate the exact opposite.  The reality is the chart shows a teeter-totter of back and forth – with a lot of factors behind it.  Chinese interventions have kept their currency from dropping further in recent years; interventions have not served to artificially weaken it (it needs no such help) …

The theory that stock buybacks and dividend growth are the brand new by-products of tax reform do not match the empirical evidence.  Note the trend line of both since the financial crisis in this week’s Chart of the Week …  recent increases in both are aided by tax reform, no doubt, but are well within the logical trend we have been in for many years.

“Fallacies do not cease to be fallacies because they become fashions.”