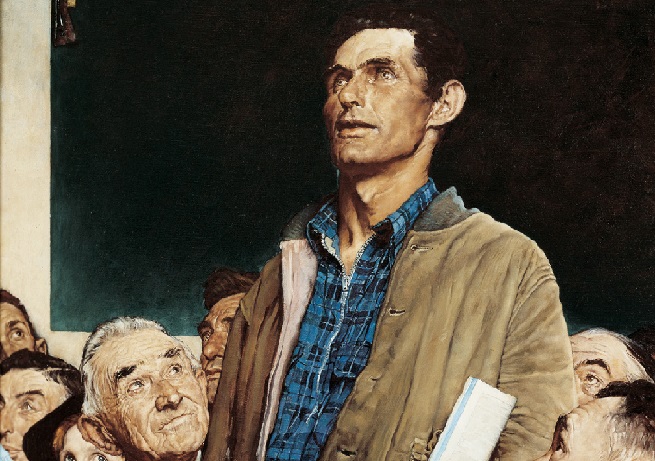 This month, two more public figures were added to the list of those terrorized in restaurants, bookstores, and elsewhere by leftists.

On college campuses, students and professors not kowtowing to left-wing orthodoxy are ostracized, attacked, and banned. Social media giants censor out voices they disagree with, and cut deals with Communist regimes. The mayor of one city discourages his police from protecting the property of a federal agency leftists dislike. Hollywood moguls harass entertainers who contradict leftist positions. Major news media ignore facts that don’t fit in with their Progressive views.

In addition to the academic, political, and financial acts against those disagreeing with the left, violence has been employed.   Antifa (which, despite describing itself as “antifascist,” actually uses the classic tactics of fascists and totalitarians to assault any that dare disagree with it) serves as the shock troops of the anti-free speech movement.

“Have repeatedly disrupted peaceful […] rallies. […] They have called for and used violence against people who […] disagree with them and even against members of the media who will report things Antifa doesn’t want reported. […] Conservatives and those perceived to be conservatives have been attacked. The weapons have included glitter-filled gel, urine bombs, chains, bicycle locks and baseball bats. […] Antifa […] has made college campuses virtually no-go zones for conservatives. Noted conservatives…cannot go onto many college campuses to speak without having their events disrupted to the point where they cannot go on. If this violence continues, the choices are not good. The left-wing academic establishment has quickly surrendered to these groups. They are allowed to riot on campus and even given relief from homework and exams so they can riot.”

These Gestapo-like tactics are being supported and encouraged by some political figures. Fox News has reported that,

“Democratic Rep. Maxine Waters of California […] sought to bring the ‘resistance’ to a new level when she urged supporters to swarm Cabinet members at gas stations and anywhere else they’re seen. ‘If you see anybody from that Cabinet in a restaurant, in a department store, at a gasoline station, you get out and you create a crowd and you push back on them and you tell them they’re not welcome anymore, anywhere,’”

“There is a disturbing silence from leaders of the Democratic Party over those gangs of black-masked leftist thugs shutting down free speech and beating people to the ground.”

Last year, Portland’s Mayor, Ted Wheeler, called for the revoking of a permit for a free-speech rally that was planned in response to ANTIFA’s depredations. In a 2017 Atlanticarticle, Peter Beinart wrote:

“[Antifa’s] tactics have elicited substantial support from the mainstream left. […] In June of [2016] demonstrators—at least some of whom were associated with antifa—punched and threw eggs at people exiting a Trump rally in San Jose, California. An article in It’s Going Down celebrated the “righteous beatings.…'”

Despite the clear evidence of a significant assault on free speech, there is no sense of urgency. Rather than criticize these acts, some leftist politicians find excuses to condone them, and the media lionizes the celebrities that support totalitarians at home and abroad.

On opposite geographical shores of the nation, Antifa has established a heightened climate of fear and terror against those whom dare dissent against their views. It is no longer appropriate to view these events as isolated incidents.

If at least half the political establishment, most of academia, and substantial portions of the media continue to ignore or even support these practices, free speech will be forced to move underground.