Don’t Be Fooled, There Was Nothing ‘Financial’ About The 2008 Crisis 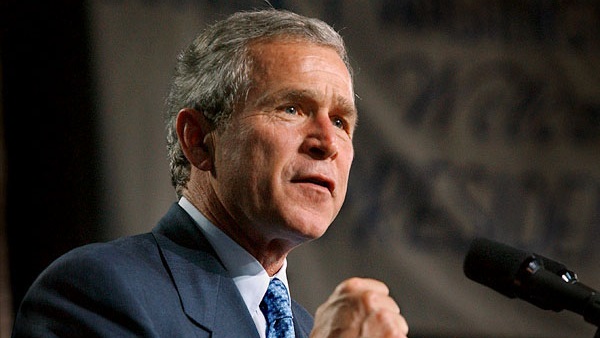 The 10-year anniversary of the 2008 financial crisis has unsurprisingly unearthed all manner of retrospectives on what happened, why it happened, and how what happened can be avoided in the future.  Most don’t ring true.  This essay will correct some of the myths about the run-up to 2008, while concluding that there was nothing “financial” about the ’08 crack-up.

To begin, it’s useful to consider an exchange between Alan Greenspan and one of his trusted advisors, Kathryn Eickhoff, about the rush into housing that is said to have been the spark that lit the 2008 match.  She alerted Greenspan to it, only for the economist to conduct his own detective work.  What he found amazed him.  As explained by Sebastian Mallaby in his 2016 biography (The Man Who Knew) of the former Fed Chairman, Eickhoff’s research had only scratched the surface.  She “had absolutely no idea of the size of this phenomenon” whereby Americans were feverishly buying houses.

The only catch here is that what was previously described took place in the 1970s, at Greenspan’s economic forecasting firm, Townsend-Greenspan.  More important, all of this happened as the Federal Reserve was aggressively raising interest rates. As Mallaby reported, the Fed was very much in hiking mode, yet “mortgages were still easy to come by and house prices were booming.”  While new mortgage creation had seldom exceeded $15 billion in the 1960s, by the ‘70s “six times that quantity was normal.” Lastly, Mallaby noted that “home prices had nearly tripled during the 1970s.” It’s a reminder that all the talk about the Fed’s low interest rates in the 2000s having been the main source of the housing boom is mythology born of a misunderstanding of history.  If the Fed’s rate policies were any kind of major driver of housing vitality, then logic dictates that housing crashes in the ‘70s.  Except that it didn’t.

What did happen in both the 1970s and 2000s is that the dollar substantially declined vis-à-vis foreign currencies, commodities, and seemingly everything else.  This matters because in both the ‘70s and ‘00s, gold, oil, wheat, land, rare stamps, art, housing, and just about every other kind of hard asset performed well.  Well, of course.  When money is losing value, the hard assets least vulnerable to currency devaluation perform best.  In a repeat of the ‘70s, housing and other commodities proved a safe haven in the ‘00s from the U.S. Treasury’s policies in favor of a devalued dollar.

Bank deregulation as a driver of “crisis”? It’s said that banks lacked oversight in the 2000s such that they took risks without adult supervision.  The problem with such a view is that financial institutions like Citigroup had over sixty full-time regulators working at their headquarters, and who had no clue about the troubles brewing.  Not only were U.S. banks still heavily regulated in the 2000s, it was frequently the regulators themselves who were encouraging more exposure to mortgages.  Others like journalist Charlie Gasparino still claim that repeal of Glass-Steagall (a Depression era law that separated banks from investment banks) sparked banking’s troubles in 2008, but the inconvenient truth for Gasparino is that the financial institutions that had the most difficulty in 2008 (Lehman Brothers, AIG, Fannie, Freddie, Merrill Lynch, and Bear Stearns) were decidedly not the financial hybrids that Glass-Steagall’s repeal allowed.  Better yet, the banking activities that got them into trouble to begin with would have in no way been restricted under Glass-Steagall.

Which brings us to the actual “crisis.” It’s popular in certain quarters to say that the latter was caused by a housing correction, except that such a view defies basic common sense.  Missed by those who seemingly don’t know is that a booming housing market of the kind experienced in the ‘70s and ‘00s is not a sign of economic vitality.  Getting into specifics, a home purchase is not an investment.  It won’t render the buyer more productive, open foreign markets for same, or morph into capital meant to develop something productivity-enhancing like software.  Housing is consumption, that’s it.  On the other hand, investment is what powers economic growth, so the very notion that a reorientation of precious capital away from consumptive goods and into production would foster economic crisis is for those who presume to comment on the economy to reveal how little they understand what they’re writing about.  The feverish consumption of housing was what was holding the economy down, which means a reversal of what weighed on the economy would logically be good for growth.  If so, markets would have discounted housing’s correction positively.

Others claim that Lehman’s illiquidity and the subsequent decision on the part of the feds to not save it is what caused the “crisis.” Such a view isn’t serious.  Economies and markets gain strength from periods of weakness whereby lousy companies are starved of precious resources so that they can be replaced by good ones.  Implicit in the view that a failure to bail out Lehman caused a crisis is that economies gain when the businesses rejected by investors are kept afloat.  Sorry, but such a belief is completely backwards.  It’s the Silicon Valley equivalent of government officials propping up Friendster, eToys and Webvan.  Back to some semblance of reason, Silicon Valley’s economic health is a direct effect of how often businesses there go bankrupt. That’s how precious resources are relentlessly directed to higher uses.

In a market economy, failure is quite simply a sign of economic advance.  It happily signals that the Blockbuster Videos of the world are regularly being replaced by Netflix.  Failure is progress, and this includes the failure of banks.  Goodness, Citigroup has been bailed out five times over the last twenty-five years.  Can anyone seriously say propping up what the markets don’t want has been good for the economy?

It’s all a reminder that Lehman’s bankruptcy didn’t cause a “crisis” as much as the Bush administration’s foolish decision to bail out Bear Stearns months before created the perception in the marketplace that Lehman would be saved too.  As such, investors weren’t prepared for the correct decision to let Lehman go.  Put simply, Lehman was only earth-shaking insofar as prior government intervention turned what was healthy into a surprise.  And having erred mightily in bailing out Bear, the Bush administration chose to make a bad situation much worse.

Indeed, in conjunction with the SEC it banned short-selling on 900 different financial stocks.  Talk about pouring gasoline onto the fire.  Seemingly missed by Administration officials is that short sellers are ultimately buyers.  When short sellers are able to express their pessimism in the marketplace, a huge reserve of buying power is created when we remember that shorts can only take profits insofar as they buy back the shares sold short.  Yet when the markets needed them most as both price givers and liquidity providers, the Bushies banned them.

After that, bailouts are not free.  Governments don’t mis-allocate the money of others only to walk away.  They offer up the money of others only to demand a more muscular role in how the saved operate.  Ok, but the 20th century was a monument to the failure of central planning.  Is it any wonder that future-seeing investors looked negatively on a return of excessive government intervention in commerce?

What can’t be stressed enough about what happened in 2008 is that for economies to grow and markets to rise, it’s necessary that the mediocre and lousy constantly be replaced by the good and brilliant.  The latter is a statement of the supremely obvious, but also a reminder of why markets tanked so substantially ten years ago.  As opposed to allowing natural market forces to fix what was wrong, the Bush administration, Bernanke Fed and U.S. Congress chose to intervene in crony fashion on the way to reversing what was necessary for economic and market recovery.

That the economy and markets convulsed in response to what was done wasn’t a surprise, nor was it mysterious.  Government intervention in the marketplace is always and everywhere harmful.  Period.

Looked at in terms of the popular narrative that there was a “financial crisis,” readers shouldn’t be fooled.  There was nothing financial about what happened ten years ago.  The “crisis” was made in Washington.  Left alone, economies and markets never go haywire when natural market forces are putting out to pasture the weak, only to redirect the previously underutilized resources of the weak to higher uses.