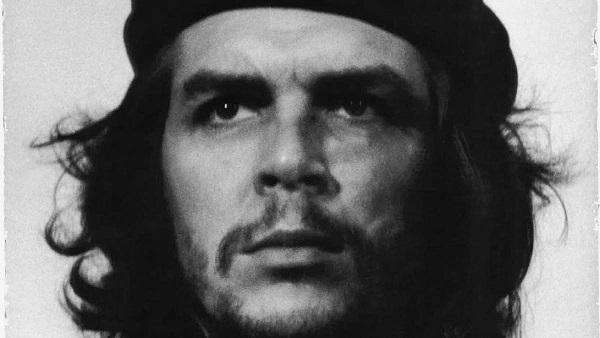 Last year, accounting firm Ernst & Young (E&Y) boosted paternity leave from six to sixteen weeks.  And while it’s possible the company has abnormally kind management, the feelings that may or may not have informed the development were really immaterial.

Figure that the main driver of Ernst & Young’s presumed benevolence was profit motive.  While the overly emotional in our midst laughably claim the country with the most valuable and dynamic businesses has been suffering decades worth of wage stagnation, the on-the-ground reality is that businesses compete endlessly to lure top talent. Expanded paternity leave is yet another effect of this ongoing fight.

Extra interesting about E&Y’s decision was another underlying driver of its leave policy. Obviously, it is striving to compete for workers, but it’s specifically trying to compete for millennial workers.  In a survey actually conducted by E&Y, 83 percent of American millennials said they would be more likely to join a company offering benefits of the paternity leave variety.  Knowing this, E&Y modernized its leave policies. It plainly views accession of millennial age talent as particularly important to its long-term growth.

Ok, but the alarmists in our midst regularly tell us in grave tones that millennials think socialism is cool. According to conservative scholars James Piereson and Naomi Schaefer Riley, “today’s kids love socialism.” They cite a 2017 survey conducted by the Victims of Communism Memorial Foundation which calculated that “as many as 44% of Millennials would prefer to live under a socialist system.” About the stat, conservatives who should know better seem to have bought it judging by their downcast commentary on the matter. Yet simple market signals suggest they would be wise to walk back from the ledge.  Awful as socialism is on its very best day, and murderous as it can be on its very worst, it’s rather apparent that conservative alarmism about the policy views of millennials is well overdone.

To understand why, it’s worth reminding conservative worriers that markets have a way of pricing really unfortunate lurches within the electorate.  If it were even a little bit true that millennials were migrating toward collectivism, it would also be true that investment would be flowing out of the U.S. with great speed.  Investors are in the business of returns, and if socialism were the future thanks to data indicating a very real change in the outlook of the electorate, this horrible development would be confirmed through a massive departure of financial capital.  Humans unwilling to suffer socialism’s horrors would be departing too. Except that they’re not.

Taking the socialist narrative further, Piereson and Riley oddly speculate that collectivist leanings are most likely to show up in young people whose parents “try to protect their children from every possible threat or danger.” Apparently such helicopter parenting deprives “them of the freedom to grow up” such that they embrace the ideologies of poverty and murder….Oh dear.

What’s funny about the above is that parents have become more and more involved in the lives of their young ones in concert with rising prosperity in the U.S.  To state what’s seemingly obvious, prosperity has freed parents to truly be parents.  Yet this is causing a rush to collectivism? How? While Election 2018 might tell a different tale, as of 2017 the political party more associated in the minds of the electorate with free enterprise and limited government (that would be the Republican party) controlled the House, Senate, White House, two thirds of governorships around the country, and surely more.  Without defending a Republican party that increasingly embraces big government, bailouts, and the nanny state more broadly, the popularity of a GOP that at least talks the talk of entrepreneurs and business does not signal the generational shift toward socialism that conservatives are so sure about.

Which brings us back to Ernst & Young.  It’s not the only company offering up more generous benefits to appeal to supposedly socialist-sympathetic millennials.  Last year American Express expanded parental leave to mothers and fathers to 20 weeks, while IBM doubled its paternity allotment to 12.

Looking beyond leave policies, in 2016 USA Today reported that all the major hotel companies were rolling out new brands with an eye on winning the business of “consumers in their 20s and 30s whose purchasing power and desire to travel is suspected to increase in the coming years.” Translated, the major hotel companies are in the process of creating offerings specifically designed to win the business of millennials who are expected to enjoy substantial increases in earnings in the coming years.  Wait, you mean the millennials who allegedly “prefer to live under a socialist system” over a capitalist one.  What gives?

The answer is simple.  Like their reliably hysterical counterparts on the left, conservatives have a tendency to overreact.  Young people in some strange way scare them is all one can assume.  They needn’t be scared.  That young people appear spoiled, entitled and allegedly “open” to the ideologies of failure is paradoxically a sign of progress as opposed one of doom.  Precisely because the U.S. is so prosperous, young people can afford to be careless in their expressed views.  Crucial here is that they’re posing.

The best evidence supporting the above contention is Silicon Valley.  While the vibe there is one of lefty indifference to profits, the underlying reality is one of bloodless focus on nosebleed returns. If its inhabitants didn’t care about thick profit margins and getting rich, businesses there would never die.  Except that bankruptcy is the norm.  Those Valley types in the Che Guevara t-shirts are posing.  Underneath it all they love capitalism.  That’s why they’re there.

Millennials love capitalism too.  Don’t take my word for it, just consider what companies are doing to win their services, plus consider what businesses are doing to win their future patronage.  They wouldn’t be bending over backwards to hire and/or cater to the needs of individuals who truly prefer to live under socialism.  Socialism is about shared misery, which is the opposite of what millennials want if their actions in the marketplace are to be taken seriously.

Conservatives should relax.  Millennials are just like they are while not wanting to appear that way.  Market signals confirm this.