The Benedict Option Is Not An Option 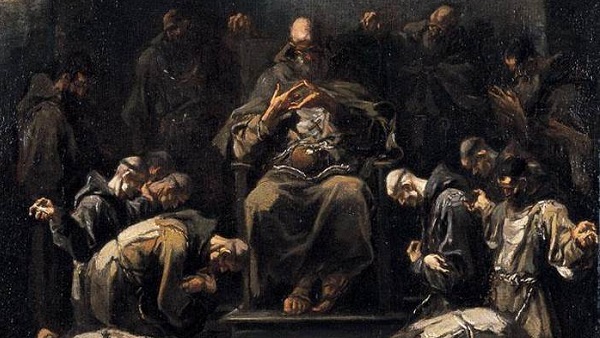 Have you ever heard a Christian say that we shouldn’t waste our time trying to improve the world, that it is Satan’s’ territory and things are just going to pot (hmmm…they might be right on this point) and anyway we should only be concerned about the spiritual world because that’s all that counts and, on and on they drone?

Or, have you listened to a sermon where the same idea predominates?  The thesis usually being that Christianity is internal and the material world is dross.  We need to perfect our souls, save as many others as possible but other than that don’t worry about the culture because it is going to ‘you-know-where’ in a hand-basket?

Most Christians get an uneasy feeling in these situations, sensing that it just doesn’t seem to jibe with the faith.

But, why should they think that it isn’t normal for Christians to shirk from the world, after all isn’t God spirit so shouldn’t we aspire to spirituality as well?

Well, the Holy Ghost may be spirit but the Son certainly has a body.

And, we are not God, we are men and last I knew every one of us has a body as well.

Apparently, God, as spirit, in some manner found that not quite sufficient and consequently created matter.

Six times in the creation account of Genesis, He called the physical world he created ‘good’ or, ‘very good’.

God wanted and did add to the spiritual cosmos, a new material dimension.

Hence, how can we trash the so-called “inferior” material cosmos?

Rather, we should glory in it just as God does.

And because Christ has already been resurrected from the dead, matter has already achieved a supreme honour.

Most of man’s ways of thinking denigrate Gods created universe:  Materialism removes all but the physical from everything, leaving no room for a spiritual reality to bring it glory; Idealism devalues the cosmos as being infinitely lower than the spiritual; and today many embrace Hedonism whereby our very bodies are demeaned and cheapened in a race to the bottom rather than a reach towards righteousness.

Christianity however values the body, values the material and, values the spiritual:  “Or do you not know that your body is the temple of the Holy Spirit who is in you, whom you have from God, and you are not your own?  For you were bought at a price; therefore glorify God in your body and in your spirit, which are God’s.”  1 Cor. 6:19-20

Consider, when we become Christian, God spiritualizes us – all of us, our mind, our body and our heart.

So let us be about ennobling matter by intelligently using it to good purposes.

And, let us beware of making matter ignoble, as we do when we pursue science for evil purposes.  (Romans 1:30)

It is Christianity alone that treasures the creation fashioned by God Himself, which values the cosmos and seeks to co-labor with God in the re-taking of the universe to His glory.

“He recalls the speech of a Kanaka to a missionary who thought he had brought spiritual ideas to this people:  “Not at all, what you have brought us is the body.”  He meant by this that the notions of the spirit and of a mystique were not unknown, but that conscious control and the domination of their person, delimited by the contours of their body, was a novelty.  The person, scattered in the socio-mystical realm, emerged to limit itself.  The Kanaka grasped that his being was not diffused in nature but incarnated in the body of a man.”

May Christians everywhere unabashedly shine and, not hide, their light to a world created and valued by God, careless of consequences and confident of final victory!