FLAG vs. FAANG In The Recent Market Sell-Off 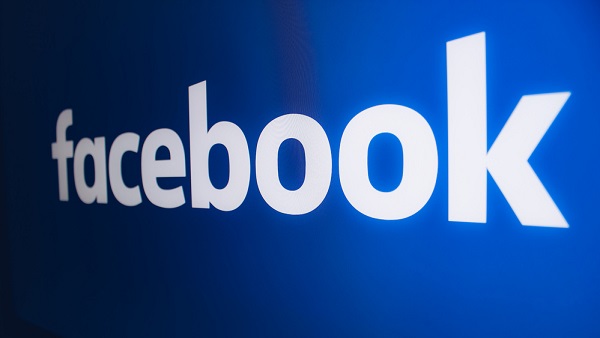 For the past five years, the US domestic bull market has been led by growth stocks, and growth has been led by FAANG. Furthermore, during the 3rd quarter, The AA in FAANG (Apple and Amazon) led FAANG. This means that the already expensive had been getting more expensive, and that even some of the most expensive also got more expensive.

But there are certain risks associated with such divergence between growth and value and between celebrity mega-cap companies and the rest of growth. The risk is that valuations become unsustainable and the market prices become fragile.

That may be what happened during the recent major market sell-off which occurred during October 10th.

Amazon and Apple both sold off more than the markets in general. In other words, the companies which led the market upward actually led the market downward during that week.

The fund which I helped to build, FLAG, focuses on valuation, tilting against ultra-highly-valued stocks, and penalizing stocks which show signs of hyping revenues and goosing earnings. In other words, it has criteria in place designed to detect and avoid hype stocks.

The chart below shows FAANG performing poorly during the five trading days ending on October 11th, the last day of the sell-off. It also shows that only Facebook, the F in FAANG, performed better than FLAG, and barely so. 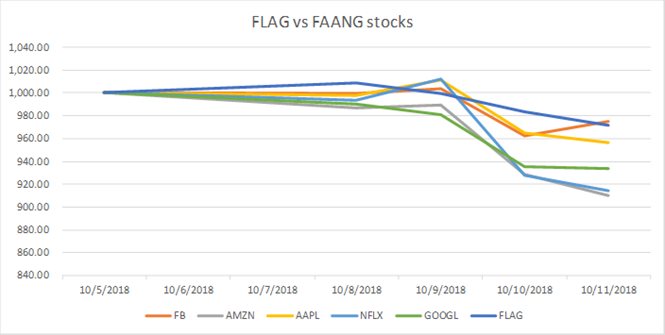 Facebook had already gone through a major sell-off in the 3rd quarter and was overwhelmingly the worst performer in FAANG in Q3. 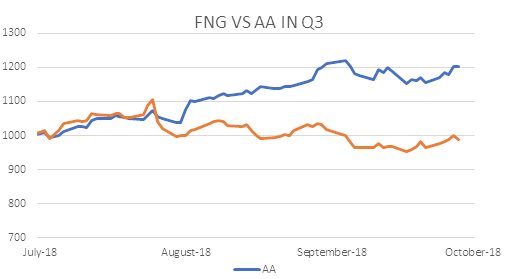 The market story, which has been driven for years by the growth story, which has been driven by the FAANG story and by the beginning of this quarter had been reduced largely to an AA story alone, was vulnerable for these very reasons, a narrow range of companies in support. It is likely that the market sell-off was triggered by the fact that two economic reports signaled respectively strong growth and inflation above the Fed’s target rate, which caused a shift in interest rate expectations towards tighter money. Which means even though markets have, as of this writing, rebounded to some degree from the sell-off, they are still vulnerable to monetary tightening.