Leftists Turned The State Into A Fake Family 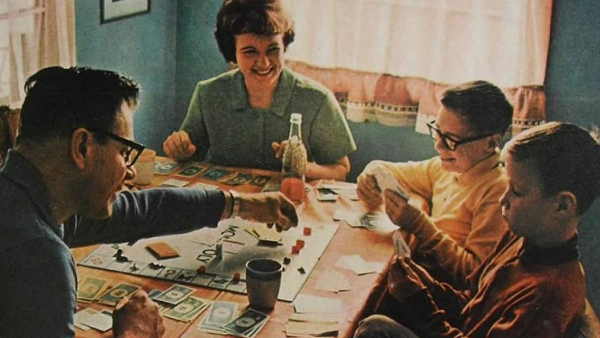 Reject the collective unit of people.  Any focus on the collective is a focus away from God and a focus on the World; earthly views, which we are told in scripture to reject.  In business we value teamwork.  Yet, efficient and effective teamwork can never be achieved or accomplished by building up the group.  It is only accomplished and achieved by building up first each and every individual.  This same pattern exists in both the church and resonated in the Original Intent of the United States, where the focus of individual rights as the underpinning element of the United States comes directly from the Christian principles and values of having an individual relationship with God and Christ.

Lew Rockwell explains family: “the State did not invent it and neither can it abolish it.”[1]  But the State works hard to wield power over it to diminish it, and replace it with itself.   Rockwell goes on to say “the essential task of the family in forming the responsible individual.  The traditional family – which grows out of natural law – is the basic unit of civilized and free society.  The family promotes values necessary for the preservation of a free society such as parental love, self-discipline, patience, cooperation, respect for elders, and self-sacrifice.  Families encourage moral behaviors and provide for proper child rearing and thus the continuation of the race.”[2]  This is why we see the collectivists under the disguise of secularism working to diminish the authority of the family, and more specifically parents via the public school systems, court systems, and other organizations of the State.

Pope Paul VI wrote in 1965, in his Dignitatis Humanae (Declaration on Religious Liberty), clearly and distinctly on this matter of delineation of the role of parents and government in the family.  Pope Paul VI explains this divine separation, which aligns completely with the Original Intent of America’s founding.  It is completely valid, despite being currently violated today.  Pope Paul VI promulgates:

The family, since it is a society in its own original right, has the right freely to live its own domestic religious life under the guidance of parents.  Parents, moreover, have the right to determine, in accordance with their own religious beliefs, the kind of religious education that their children are to receive. Government, in consequence, must acknowledge the right of parents to make a genuinely free choice of schools and of other means of education, and the use of this freedom of choice is not to be made a reason for imposing unjust burdens on parents, whether directly or indirectly.  Besides, the right of parents are violated, if their children are forced to attend lessons or instructions which are not in agreement with their religious beliefs, or if a single system of education, from which all religious formation is excluded, is imposed upon all.[3]

How often in the news today do we see this foundation violated?  In the family vs. the State, the family must be the superior, or we have violated our founding principles, and our Creator.