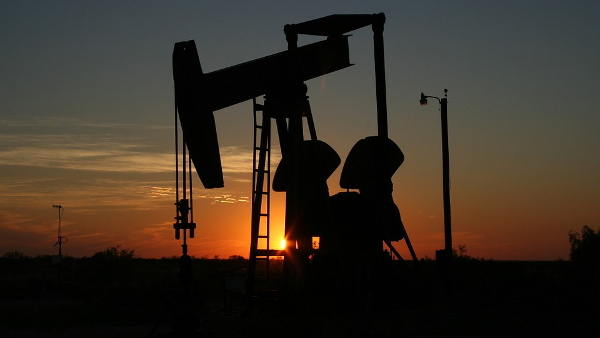 Here is something to be thankful during the Thanksgiving season: oil is free. As sunlight, air and magnetism are free, so is water, natural gas, iron, copper and other natural resources.

In the early days of socialism, before Marx, when Proudhon and others led the proletariat, socialists insisted that God-given (or natural) resources should be free to all humanity. No human should own them because no human made them; they merely found them. The left continues to echo that philosophy with its demands that the earth’s resources should be equally shared, not only today but also with future generations.

Such resources have always been free and are free today according to the great French economist Frederick Bastiat. Oil offers a great example. It is free to all people on the planet today. Of course, PhD economists will ask why they have to pay $2.08 per gallon (the price in Tulsa recently) for gasoline (petrol) made from free oil.

Bastiat argued against all of the early economists from Adam Smith to David Ricardo who insisted that natural resources, such as gold or diamonds, had an intrinsic value. Smith erred by adding that the amount of labor that goes into producing a good determines its value. Marx amplified Smith’s error by asserting that only labor creates value so all profits from production should go to labor and no one else.

Bastiat shows that everything God created and put on the planet is still free to all to use. The problem is that natural resources are not equally distributed. Bastiat begins with water as an example. If a person lives next to a free flowing stream of clear water, he is unlikely to pay someone to bring water to him. He’ll simply walk out his door, scoop up a pail of it and take it inside to drink. The water is free to him.

But what about someone who lives in the desert? He needs someone to carry water over long distances to him, the effort for which he will charge money. Is the water no longer free? Yes, it’s still free. The desert Bedouin pays the water seller for his services, not for the water.

Another example is air. We consider air to be free. But what about scuba divers? Don’t they buy air in order to breathe under water?

Light from the sun is free as long as the sun is shining. In Bastiat’s day people bought candles to provide light at night. One of his funnier essays is titled “Petition of the Manufacturers of Candles, Waxlights, Lamps, Candlelights, Street Lamps, Snuffers, Extinguishers, and the Producers of Oil, Tallow, Resin, Alcohol, and, Generally, of Everything Connected with Lighting.” It is a whimsical suit against the foreign producer (the sun) who is guilty of dumping free light in the domestic market and ruing the industry of the named producers of artificial light.

Calling water, air and light expensive is harmless if we understand that such expressions are metonymies and that we’re actually paying for the service of providing those gifts of God in places where they’re not available.

In the same way, saying gasoline is expensive is a metonymy. We’re not paying for the gasoline. We’re paying for someone to lease a drilling rig and hire the crew to lift the free oil from a mile below the surface of the earth, transport it to a refinery, distill it into gasoline, transport that to the convenience store where I pump it into my car’s tank. That the cost of those services amounts to merely $2.08 per gallon of gasoline in Tulsa should inspire awe.

Bastiat adds that the people providing the services that bring us water, light and gasoline must compete against each other in the marketplace and that reduces their prices, as do new technologies that enable them to produce those services at lower costs. Consumer preferences and scarcity enter the equations as well. But the basis for value is services rendered. In the marketplace, we exchange services for services. Saying we exchange money for goods is an example of metonymy.

When socialists demand that God-given or nature-provided goods should be free, we can assert with confidence they still are. But it takes capitalism to make them available to all at very cheap prices. So this Thanksgiving, be grateful for God’s gifts and for capitalism.