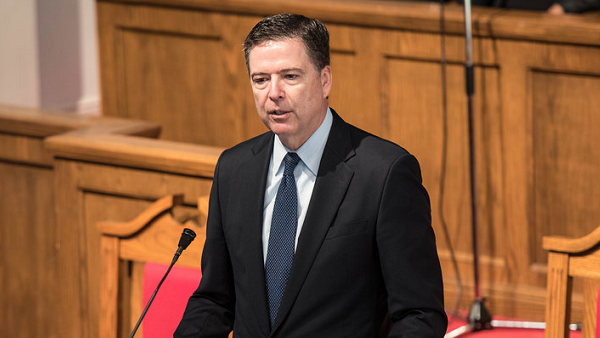 Last month Forbes released its annual Forbes 400 list of richest Americans. As readers can probably imagine, there are countless 400 members who grew incredibly well-to-do thanks to their technological innovations, product genius, through their keen investing skills, heirs are prominent too, and then there are fortunes that some would deem a bit obscure. For instance, one 400 member earned his billionaire status in the hearing aid business.

Most interesting this time around given the subject matter of this piece concerns how few 400 members made their money in advertising, or public relations. In fact, there are no Forbes 400members who reached the wealth mountaintop based on their advertising or PR creativity. So while Arturo Moreno (Los Angeles Angels owner) made his initial splash in billboards, and Daniel Snyder (Washington Redskins owner) made his with a marketing company, their 400 club wealth is an effect of Major League Baseball and National Football League prosperity. There are once again no advertising billionaires on the list unless one counts e-mail marketing mogul Daniel Kurzius.

The simple truth about advertising is that while it can plainly be lucrative, it’s not the path to billions. That it isn’t is a reminder that good ads generally can’t overcome lousy products. If anyone doubts this, they need only consider the Ford Edsel, the “New Coke” debacle from the 1980s, or Universal’s 1995 film disaster, Waterworld. If advertising could powerfully influence buying behavior, then it’s also true that the 400 would be dense with fortunes related to a unique ability within some to expertly influence the buying habits of the public.

All of which brings us to the political story that just won’t die: Russia’s alleged meddling in Election 2016. Democrats won’t let this one go. They’re convinced that Hillary Clinton’s loss wasn’t a consequence of her ineptitude as a campaigner, her lack of bedside manner, her aloof countenance, or even her failure to spend any time in Michigan and Wisconsin. Their story is that the Russians swung the election toward Forbes 400 member Donald Trump with persuasive advertising and other influencing tactics on Facebook, and they’re sticking to it.

In a sense, we shouldn’t be surprised. Not only was Trump surely not supposed to beat Clinton in the eyes of her partisans (and many critics too, including yours truly), members of the left truly believe big business succeeds by manipulating buyer behavior. As lefty economists George Akerloff and Robert Shiller put it in their shockingly bad 2015 book Phishing for Phools, people “do not know what is good for them.” And since we apparently don’t know what’s good for us, we’re blood in the water for those with expert marketing skills. If Akerloff and Shiller are to be believed, we’ve been “exploited by marketers for decades.”

Except that we haven’t been. Indeed, if the world’s richest consumers (that would be American consumers) were so easily gulled by skilled ad campaigns, then it would also once again be true that the Forbes 400 would be dense with advertising geniuses, and less pregnant with entrepreneurs made rich by virtue of expertly making our lives better. Yet it’s plainly not. Implicit in the silly notion people are easy marks for advertising manipulation is that quality doesn’t matter, that 1941 failed at the box office where Jaws didn’t (both films directed by Forbes 400 member Steven Spielberg) simply because the ad campaign for the latter was better than the one for the former. That’s just not serious. Neither is the silly notion that Russian manipulation put Trump in the White House. Yet serious media persists in promoting this laugh line.

As a New Yorker piece by talented reporter Evan Osnos recently contended, globally popular social network Facebook was used by “Russian agents who wanted to sow political chaos and help Trump win.” According to Osnos, the “Internet Research Agency, a firm in St. Petersburg working for the Kremlin, drew hundreds of thousands of users to Facebook groups optimized to stoke outrage, including Secured Borders, Blacktivist, and Defend the 2nd. They used Facebook to organize offline rallies, and bought Facebook ads intended to hurt Hillary Clinton’s standing among Democratic voters. (One read “Hillary Clinton Doesn’t Deserve the Black Vote.”) With fewer than a hundred operatives, the I.R.A. achieved an astonishing impact: Facebook estimates that the content reached as many as a hundred and fifty million users.”

Osnos presumes that Russian meddling achieved an “astonishing impact,” but he’s way too smart and way too reasonable to believe this. Forget how little money was spent by the Russians on Facebook advertising relative to the company’s $400 billion market cap, and forget how microscopic the advertising reach was relative to Facebook users, the simple truth is that advertising just isn’t that effective. If it were, there would be centimillionaire and billionaire political gurus all around the Washington, D.C., and who got that way by virtue of their skill at winning elections. Figure that billions are spent on the latter each year, but there are no election sages who have anywhere close to enough money to rate inclusion on America’s rich list.

Where this story gets even more absurd is that while American political operatives plainly haven’t cracked the winning presidential campaign code (if such people existed, Clinton’s lavishly funded campaign would have secured their services), we’re expected to believe that a few savvy Russians easily saw what U.S. political sharpies did not, only to deliver the presidency to Trump on a shoestring. Yes, a few Russian bureaucrats happened upon advertising savants of Russian origin who coincidentally possessed Michael Jordan-like skills when it came to manipulating the views of Americanvoters…Oh, come on!

All of what’s ridiculous is only not surprising when we remember how ready some on the left are to believe that when it comes to selling, the sizzle always trumps the actual steak. Based on that, one can only conclude that those eager to promote the “Russian meddling” fiction also believe that Apple, Nike and – gasp – Barack Obama were really creations of slick advertising over quality and substance. It all sounds nice, but again, where are the advertisers’ and political operatives’ yachts? Inquiring minds want to know.

Going back to his days as a real estate and reality TV mogul, Donald Trump heaped great embarrassment on himself for promoting the laughable lie that President Obama was in fact illegitimate; that he’d been born in Kenya. Trump and other purveyors of what was too ridiculous for words were properly criticized for believing in what was so easy to disprove.

Ok, but let’s be “fair and balanced” here. If birtherism rated media contempt, why doesn’t the assertion that the legendarily incompetent Russians influenced voters (in the way that American political types and ad never could hope to) generate similar media disdain? Sorry, but birtherism and “astonishing” Russian political influence stateside are equally ridiculous. It says here that those promoting what’s mindless would agree with the previous statement if President Hillary Clinton had run a half-competent campaign such that her vanquished opponent was the one behind these patently absurd charges.