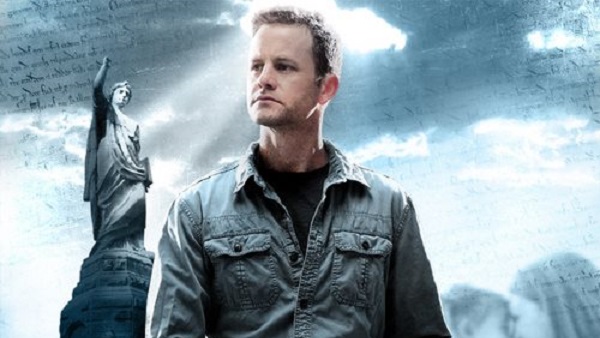 How can Christian Americans contribute to make America great, even monumental, again?

Have you seen the 2012 documentary Monumental: In Search of America’s National Treasure describing the story of our nation’s foundation? I hadn’t heard of it until I attended the 2018 Western Conservative Summit as part of the press corps for Townhall Finance to explore the issue of entrepreneurship at the summit (I came away disappointed). Kirk Cameron spoke about his documentary and I had some initial interest in it. That is, until I watched it after I got home. I became very excited about it because some of the major issues it outlines have been what I have been searching for. I am on the hunt for more information about our founding principles and the people’s faith around the issue of entrepreneurship as we know it today.

My search is centered around one principle: How to make America prosperous for all, not through governmental, corporate, or society equality, but through equity, fairness to all. You know, from the phrase a rising tide raises all boats.

You can hardly open a periodical without coming across the statement that what our civilization needs is more “drive,” or dynamism, or self-sacrifice, or “creativity.” In a sort of ghastly simplicity we remove the organ and demand the function. We make men without chests and expect of them virtue and enterprise. We laugh at honor and are shocked to find traitors in our midst. We castrate and bid the geldings be fruitful.

In other words, true economic prosperity is with God as the source of prosperity—economics starts with ethics, prosperity starts with purpose, which means God is our source. We don’t ditch God’s view of capitalism for crony capitalism, cooperatism, or socialism because of a few bad actors, we go after the bad actors and shine the light on the good ones.

God told us why Sodom was destroyed by Him. “This was the guilt of your sister Sodom, she and her daughters had arrogance, abundant food, and careless ease, but she did not help the poor and needy” (Ezek 16:49). For prosperity to return and continue, we need to bring the Bible into our daily business discussions and scrap the “it’s a business decision” and respond with “it’s an ethical decision.” And if the Bible is in our daily business discussions, we need to understand it’s foundational content and context for the marketplace, both as a Christian business owner and especially as a Christian customer. We need to recover what has been lost. One place to look is into our American history to find what wisdom was taught that has either been ignored, forgotten, or pushed aside for things which are “new and improved.”

The National Monument to the Forefathers, built and dedicated during the late 1800s, is near Plymouth Rock and has simple imagery of the great wisdom of our founding era. It teaches us how we can return to and preserve America as a shining city upon a hill. The figures on the monument are intended to be read from top to bottom.

The statue of Faith is the centerpiece of what the Pilgrims symbolize as the main virtue which inspired their journey to the New World. The heroic figure of Faith is holding an open Bible in her left hand while her right hand is uplifted to heaven, toward the object of one’s faith and belief: God. Standing on her pedestal, she looks downward as if she is addressing those that might be looking at her. She seems to call us to humble ourselves before God and to trust in Him as the object of our faith. Faith has a star upon her head, indicating she receives wisdom from above. This brings up James 1:5, “But if any of you lacks wisdom, let him ask of God, who gives to all generously and without reproach, and it will be given to him.” The word “ask” in Greek means we’re commanded to continually ask God for wisdom. “If any of you is deficient in wisdom, let him ask of the giving God [Who gives] to everyone liberally and ungrudgingly, without reproaching or faultfinding” as the Amplified Bible states. God wants us to be wise and prosperous, not based on our worthiness, but based solely on our request. We’re to have a growth mindset, not a poverty and a fixed mindset.

The four seated statues below Faith represent the principles upon which the Pilgrims founded their Commonwealth. These smaller figures represent Biblical Morality, Biblical Law, Biblical Education, and Biblical Liberty. Each is flanked by marble reliefs of still more and smaller figures.

Morality is joined by Prophet and Evangelist. A prophet is an inspired teacher and proclaimer of the Word of God, but it needs to be balanced with evangelizing, i.e. sharing and inculcating, the content from the Word of God with everyone who will listen and learn. It’s not to be forced or coerced on others. The father of the American Revolution, Samuel Adams, said, “While the people are virtuous they cannot be subdued; but when once they lose their virtue they will be ready to surrender their liberties to the first external or internal invader.”

Law is holding two tablets (Ten Commandments?) in his left hand. Law is united with Justice and Mercy. The Scriptures reveal that God is both just and merciful and indicates that the principle of the rule of law comes from the Word of God. Law is to be balanced between too much justice which equates to oppressive tyranny versus too much mercy which equates to lawlessness. A society’s laws are built upon these two ideals and principles. People’s faith and morality rooted in these ideals are then reflected in the laws of their nation. Laws are the actions of the religion and culture of its people. If you violate the laws of God, you’re a sinner; violate the laws of men, you’re a criminal. It’s only when you love God and your neighbor as yourself that you may not violate neither.

Education is a lady holding and pointing to an open Bible indicating its truth must be shared and passed down to all. To one side of her throne is Youth, the object of the parent’s instruction, and the other side is Wisdom, represented by a grandfather, pointing to the commands and an open Bible with the world at his feet. The parents and grandparents are to teach the youth how the world works, from a Biblical perspective. Education is wearing a wreath of victory. This wreath is obtained when children are well-instructed in the Lord and for the continued prosperity of future generations.

Liberty is the fruit of the roots of faith and morality and the shoots of law and education. Liberty is a citizen soldier with a helmet, a roman styled uniform, and is carrying a sword. Liberty is flanked by Tyranny and Peace. The freedom our forefathers gave us can only be preserved if we are willing to defend it at all costs. The sword in his hand means to be prepared to protect the family, community, and liberty. Eternal vigilance is the price of liberty; and it is necessary to overcome Tyranny in order to preserve Peace.

When the correct principles of faith, morality, law, education, and liberty are taught and put into action by others is when prosperity is on the upswing. Like during the times of Noah and Jonah, both prophets told of a potential forthcoming judgment outlined in the Five Cycles of National Discipline in Leviticus 26:14-39 (1st cycle, 14-17; 2nd cycle, 18-20; 3rd cycle, 21-22; 4th cycle, 23-26, and 5th cycle, 27-39). Each cycle is conditional based on the word “if.” But with both Noah and Jonah’s experience, Jonah’s group changed their mind and followed God’s commands; Noah’s group did not. And now you know the rest of their stories.

Same goes with your business and a nation’s economy. In an upcoming article, you’ll read about George Westinghouse (1846-1914) and his Christian habits instilled in the culture of his businesses. His leadership secrets were invention, innovation, employee loyalty, respect for intellectual property rights, and aggressive research and development. Exactly as God has outlined in these above principles, which the Pilgrims followed, and Westinghouse proved with his monumental results.