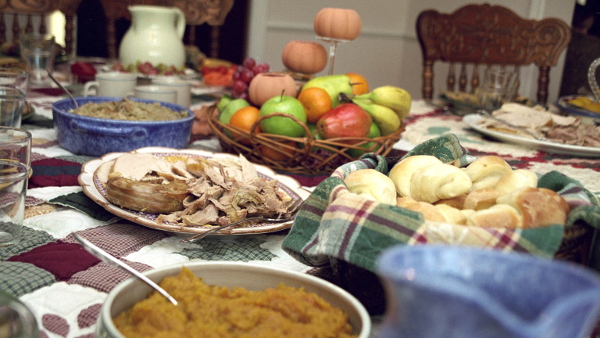 Thanksgiving is upon us, which means families across the U.S. will soon be enjoying the most mouth-watering of meals. This #1 gathering of food and family is a celebration of the early American settlers’ creation of plenty against long odds in what was then referred to as the New World.

And while this most American of holidays is still all about the food (and for some, football too), Thanksgiving has sadly been politicized like so much in this hyper-politicized age. Sad is that the food that gives the holiday so much life is the political football, as it were. Sadder still is that food’s politicization carries with it a rather high price tag.

The source of nosebleed food prices is the organic-food craze. While people are and should be free to purchase what most appeals to them, fear increasingly informs our food-buying habits, and it comes care of the $124 billion organic-food industry. Playing on the false notion that “organic” is the equivalent of “healthy,” organic marketers have convinced all-too-many shoppers to increase their grocery bills 50 to 100 percent; all in pursuit of a health-food mirage.

In truth, there’s no correlation between “organic” foods – mistakenly thought to be created sans pesticides — and better, healthier food. The consensus about the latter is bipartisan. As Dan Glickman, secretary of agriculture under Bill Clinton, explained it about federal organic food standards in 2000, “The organic label is a marketing tool. It is not a statement about food safety, nor is ‘organic’ a value judgment about nutrition or quality.”

Reagan-era agriculture secretary John Block has observed much the same. Not only is the correlation between organic and health a false one, he adds that organic foods are “four to eight times more likely to be recalled than conventional foods for safety issues like bacterial contamination.” Translated: shoppers are needlessly doubling their grocery bills in some instances in order to purchase items that are arguably less safe than their non-organic competition on grocery-store shelves.

Not so funny about organic marketing are the extremes taken in order to differentiate what’s natural from what’s allegedly not. Notable here is that the organic industry and activists spend billions every year trying to give the wholly false impression that organic foods reach kitchen tables in pesticide-free fashion. This not insubstantial bit of fake advertising rates comment.

Indeed, organic proponents talk a lot about how “pesticides” are used in the making of non-organic foods, but then so are organic pesticides used in the making of organic foods, including highly toxic substances such as copper sulfate, a known carcinogen. But while none of these pesticides could conceivably cause harm in the infinitesimal trace quantities that sometimes remain in our food, they are essential to the productivity of modern agriculture. Basically the organic industry generates sales for pretending to not do what it plainly does. A little honesty from organic producers about the pesticide-driven why behind plentiful organic products wouldn’t hurt here, but none’s been forthcoming so far. This is unfortunate for all concerned, particularly as Thanksgiving nears.

Lest we forget, the gathering that led to this enduring holiday was a celebration of the production of plenty; as in the avoidance of starvation that had for so long defined human existence. Pesticides enable the creation of a great deal more food, organic and non. So if there are ways to continue to enhance the production of food today, we all stand to gain.

The above is particularly relevant in consideration of all the overdone drama manufactured by the organic industry about genetically-modified organisms (GMOs). Though GMOs are billed by critics as food contaminants, they’re in truth the happy combination of science with production. This truth cannot be minimized, except that the organic industry itself is going out of its way to minimize it.

The publicity organ used is the Non-GMO Project, and the butterfly label that can be found on more than 50,000 products. The ‘Project,’ one largely staffed by individuals from the organic industry, claims that its purpose is to steer consumers away from “high risk” foods containing GMO “contamination.” The Non-GMO Project’s errant goal is the equivalent of smartphone critics heaping shame on Verizon and AT&T for each aiming to enhance smartphones with 5G technology. Just as the supercomputers we carry in our pockets will be enhanced by 5G, so is the amount and quality of food enhanced through genetic modification.

Not only have genetic enhancements in the growing of food saved whole industries in parts of the U.S. thanks to improvements that rooted out viruses (Hawaii’s papaya industry is one of many), they also have the potential to improve health outcomes. Figure that plants have been utilized in the creation of cures for many decades, and it’s fair to say that we’ve only scratched the surface here when it comes to the curative potential of plants with genetic modifications. Presently scientists are working on ways to develop three proteins in genetically-engineered rice that are known to be effective in blocking the growth of HIV-1. This inexpensive creation of an HIV-limiter is a particularly important advance for the developing parts of the world where AIDS is still a substantial health threat, yet money is tight.

But the main genius of GMOs is that the use of them enables the growing of more and healthier food at lower and lower cost. This crucial truth cannot be stressed enough given the correlation between it, and our health and well-being. It cannot be denied that copious food production saves lives for reasons well beyond abundance saving us from starvation.

Indeed, it’s perhaps too often forgotten that 150 years ago career choices for individuals even in prosperous countries like the U.S. were rather limited. Getting right to the point, odds were roughly 50/50 that able-bodied Americans would spend their lives working dawn to dusk, six days per week on the farm. Thanks to primitive technology and limited knowledge about how to grow and raise the foods without which people would starve, much of human effort was directed toward the creation of food. Until fertilizers came along.

Fertilizers served to improve the quality of soil such that it became “renewable” in a very real sense, and the result was that a great deal more food could be created by exponentially fewer people. The impact of this advance cannot be understated. Humans are capital, and the surge in food production occurred in concert with a rising global population not required to farm for a living, but that could instead relentlessly set about improving human existence.

Put simply, talented people who once had their genius suffocated by drudgery on the farm were freed by voluminous food production to set about curing diseases, developing transportation advances like the airplane, along with computers and computer-related technology that have figuratively shrunk the world in wondrous ways such that the genius of entrepreneurs like Jeff Bezos is felt around the world.

Looking into the future, the more that the creation of abundant and healthy food can be enhanced through genetic improvements, the more that the world’s inhabitants can escape farm work. Just as fertilizers enabled endless advance, so will GMOs mean more food for lots more people in concert with population growth that will author even more in the way of awe-inspiring innovation. The rejection of GMOs that enhance food production is about as wise as a computer owner rejecting the use of WiFi that gives a computer so much of its essential uses.

Back to Thanksgiving, my meal will be quite a bit less expensive than yours simply because I won’t let technological xenophobia hit me in the pocketbook; all in order to not improve the quality of my holiday spread. That this same xenophobia restrains human progress more broadly just adds life-shrinking insult to fear-induced injury.

This Thanksgiving let’s remove food politics and fear from the dinner table, in favor of reason. For a holiday that’s all about abundance, it’s time that GMO critics and organic purveyors strike a more honest tone about that which costs a lot, but that plainly works against human well being.