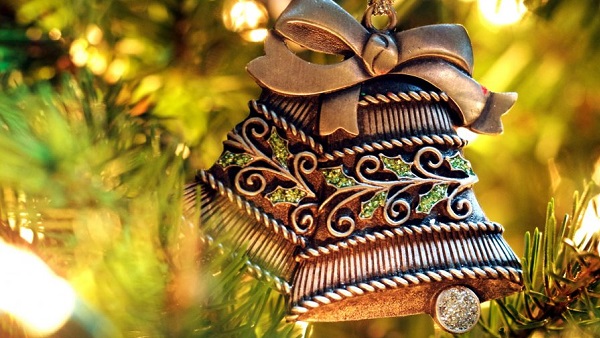 The Christmas season is as good a time as ever to remind you that a probability distribution has two tails. Event distributions have been getting a lot of attention over the past several years, especially their tails.

It used to be that Wall Street was functioning on the basic idea that financial events were subject to something very like a normal distribution, also known as a bell curve.  Since they saw stock and bond prices as largely random variations from the average, they saw the risk to their portfolios as relatively low.

Sure, once in a while a fair flipped coin will give you ten heads in a row, but not often enough to worry about. So, big trading houses made very large bets believing their risks to be very low. Then the crisis came and the financial world was sent scrambling for understanding.

Nassim Taleb advanced the notion that investors have a cognitive bias against events they have never seen. This is similar to naturalists who denied the existence of black swans because they, or their fellow naturalists whose writings they have consulted, had never seen one. But, argues Taleb, just because you’ve never seen a black swan does not mean that all swans are white.

And if that risk is not taken seriously, the bets will be too big, big enough to shut out the lights. When you look at reports filled with financial jargon, you will see references to VAR, which means ‘Value at Risk’, which basically refers to the idea that really big bets pose enormous risks over the long run, even when the threatened event is rare.

Since the financial crisis, black swans have been all the rage. Rare is the pundit discussion about the financial order which leaves this rare bird un-cited, or for that matter unsighted. Now everyone is seeing black swans everywhere, suggesting that the cognitive bias might have shifted. Are we on the verge of denying the existence of white swans? Are we in danger of denying the possibility of the existence of normalcy?

In such a case, treating financial crises as once-in-a-century black swans may not quite capture the whole of the picture. Perhaps swan sightings will occur more often than a random distribution around a mean would suggest. Perhaps problems big enough to shake the entire system are not once-a-century events, but once-a-decade events. Perhaps there are more things in heaven and earth, Dear Horatio, then are dreamt of in your philosophy; perhaps there are a lot more of them than are dreamt of in your philosophy.

Statisticians refer to this phenomenon as ‘kurtosis,’ which is based on the Greek word for ‘bulge’.  Many seemingly random distributions with presumably smooth and symmetrical curves of risk, in reality have unseen bulges in them. The failure to anticipate these bulges is the basis of kurtosis risk: the idea that what you don’t see can hurt you. And if the bet is big enough, it could deliver a mortal wound.

The message of Christmas is that the universe is not a closed system, like a snow globe full of randomly shaken particles; that history has purpose and development; that not only is there kurtosis in the system, and not only does it exist on the right as well as the left tail of the curve, but that the bulges on the right are, in the long run, greater than the bulges on the left; that the mean itself shifts over time, sometimes right and sometimes painfully left, but over a period of ebb and flow, and since Christmas the mean ebbs forward, to the right.

In other words: Peace on earth, good will towards men.