In the past month, France has been shaken by riots surrounding President Emmanuel Macron’s imposition of a fuel tax. The protests are sending French stocks through a lot turbulence; from the commencement of the protests on Nov. 17th , to the time of this writing, the French CAC40 index has fallen 5.38%. Macron’s concession on a key issue helped the market pick up some of their losses, but it wasn’t long before they were down again. The international equity investment index we work on, VIEQX, was able to avoid some of the negative effects of France’s crisis by having a relatively small investment weighting in the French stock market.

Before Macron introduced the gas tax, his administration seemed reasonably promising, and the CAC40 went through some good months earlier in the year. 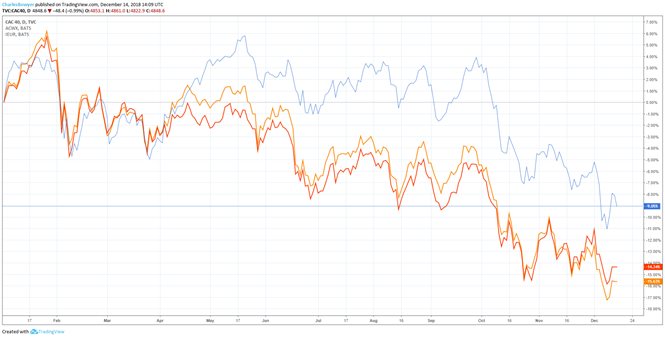 *Blue is the French CAC40, red is a cap-weighted index, and orange is the iShares Europe index. (Chart courtesy of TradingView.)

Then the French markets turned down, not just in absolute terms, but also relative to other comparable markets.

To start, the French economy was generally very resilient in the first place. Here’s how France ranked on our Country Resiliency Index. 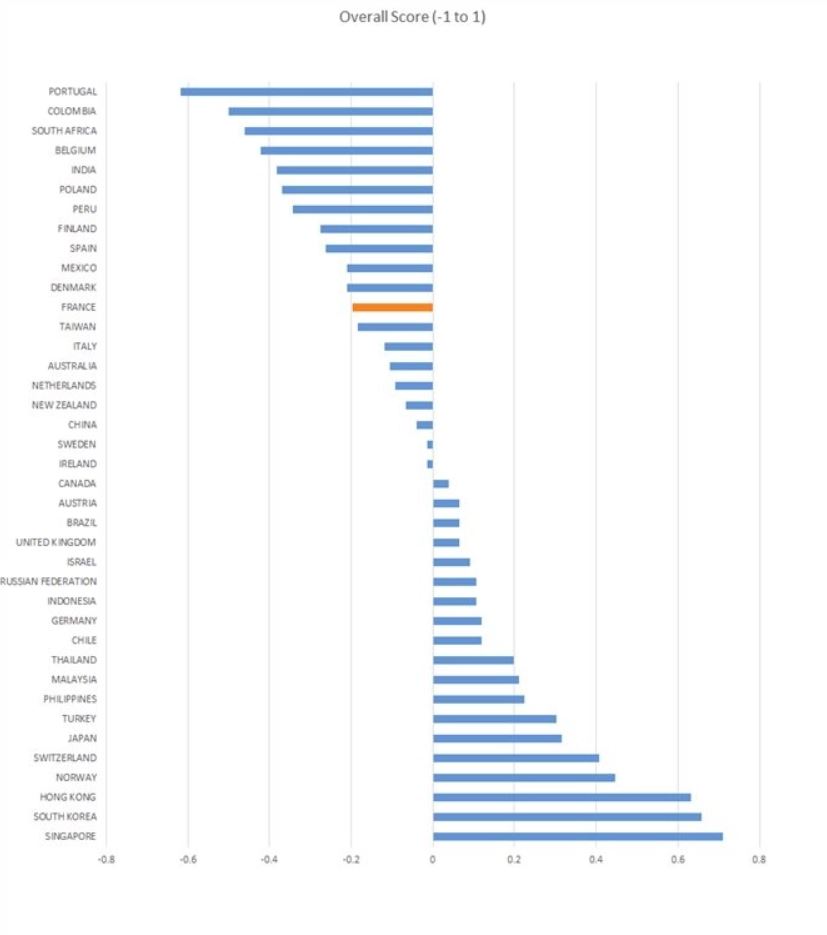 It doesn’t even make the top third, which is really saying a lot since the index strongly favors developed countries. France barely avoids being in the bottom third of the nations looked at. It falls below emerging Taiwan in resiliency, and is only two slots above Mexico. Ouch. What’s the problem? France has very weak demographics, high spending (and accompanying high debt), and is subject to the extreme monetary policy of the European Central Bank. 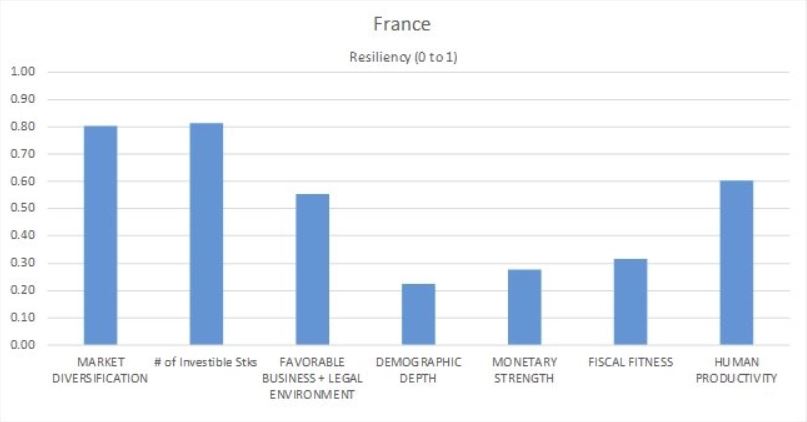 Now, being non-resilient is okay, as long as you have other things going for you — such as an improving policy environment or bargain prices.

Unfortunately, France had neither. France’s good performance earlier in the year gave them a less-than-attractive valuation. In the index we work on, France was ranked 29th out of the 39 countries we’re invested in for valuation as of July. 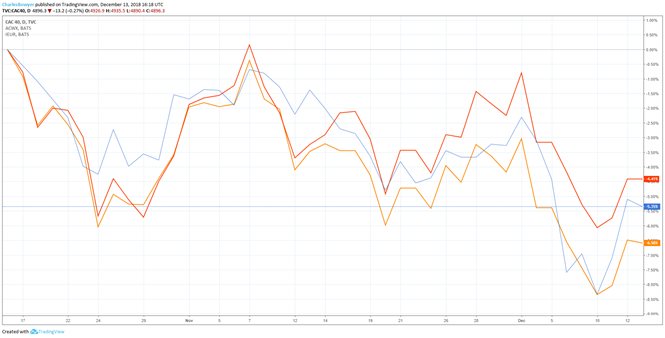 There were a few reasons to be optimistic about France, and our rules caused us to keep a relatively small slice of that country’s markets. But we were certainly not as optimistic as cap-weighted indices were. The index we work on had a 2.02% weighting in France. Out of 39 countries, we had it ranked at 18. The cap-weighted index had France ranked 3, with 6.89% weighting.

That’s because a cap-weighted index is by nature backwards-looking, but our index is productivity weighted, which means it does not give France additional weighting because of its history of corporate appreciation and familiarity to international investors.

As we showed above, France is highly non-resilient; out of 39 countries, it’s ranked 22nd in resilience, which means there’s very little room for error, and President Macron committed some pretty big errors. Though Monsieur Macron showed some promise earlier in his presidency, he went on to make several major errors, and his failure to catalyze a base of support made relatively minor policy mistakes into major political ones. That is why France has dropped over 5% in the past month.

Given the France’s instability, both as an economy and a society, Macron could not afford the mistakes he’s made. His failure to build or grow a stable political base opened him up to a broad political uprising like we’ve seen over the past month. If his country had low taxes and a stable fiscal situation and the resultant high levels of growth and low unemployment, then maybe the gas tax wouldn’t have had the impact it did.

Granted, we can’t lay all the blame on the economic situation; the French spirit is revolutionary, and the standard response of the French people to crises of any type is to take to the streets.

Indices like VIEQX that are concerned with productivity and stability will be able to withstand shocks like the one France is going through better than cap-weighted indices.