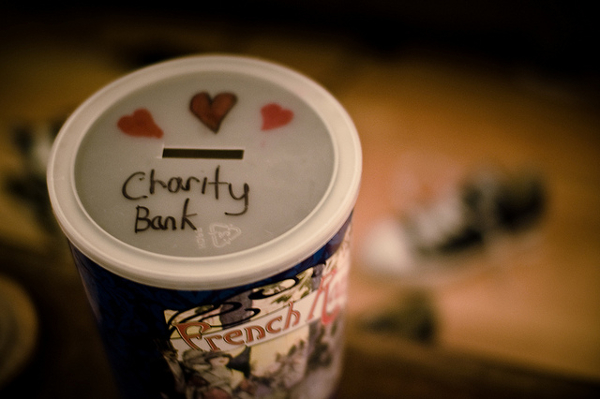 Does the Bible define giving to the poor as an act of mercy or justice? The question might seem like another medieval debate over how many angels can dance on the head of a pin. But the answer is crucial to the future of the country. Both socialists and capitalists claim to want to help the poor; they come to blows over the methods. If doing so is a matter of justice as socialists claim, then the government should enforce it because the sole reason for government in the Bible is to promote justice. If it’s justice, then the poor have a right, similar to the right to life, to the property of those who are not poor.

But if giving to the poor is an act of mercy then the state should have no role in the matter. It is a test of one’s love for God and people, but it’s voluntary and has no moral value if coerced by the state.

Dr. Timothy Keller, founder of the Redeemer Presbyterian churches in New York City, insists that helping the poor is a justice issue. In The Gospel and the Poor Keller wrote:

According to the Old Testament, God’s justice means to share food, shelter, and other basic resources with those who have fewer of them (Is 58:6-10.) Injustice happens when people are barred from fair wages and therefore from the same goods and opportunities afforded others. (cf. Lev 19:13, Jer 22:13.)…Meeting basic human needs for food, shelter, health, and education then, is thus not simply a matter of “compassion” but also of justice. God is committed to justice and those with a relationship to him will be as well…

Why is meeting basic human needs called not just mercy but justice? We do not all start out with equal privileges and assets. For example, inner city children, through no fault of their own, may grow up with vastly inferior schooling and with an overall environment extremely detrimental to learning…Why does this situation exist? It is part of the deep injustice of our world. The problem is simply an unjust distribution of opportunity and resources…

Often “conservatives’” motivation to give to the poor is strictly mercy or compassion. They think we need to help the pitiful poor out of the goodness of our hearts. This misses the fact that the ‘haves’ have what we have to a great degree because of unjust distribution of opportunities and resources at birth. It is simple justice to spread the wealth around…

Social reform moves beyond relief of immediate needs and dependency and seeks to change social conditions and structures which aggravate or cause that dependency… This means that Christians should also work for a particular community to get better police protection, more just and fair banking practices, zoning practices, better laws, etc…

Like many on the evangelical left, Keller wants to pry open the minds of capitalists to the possibility of a role for the state in correcting the “injustice” of poverty. In How Do Christians Fit Into the Two-Party System? They Don’t he wrote,

However, there are many possible ways to help the poor. Should we shrink government and let private capital markets allocate resources, or should we expand the government and give the state more of the power to redistribute wealth? Or is the right path one of the many possibilities in between? The Bible does not give exact answers to these questions for every time, place and culture.”

In other words, nowhere does the Bible say “Thou shalt have a capitalist system,” so it leaves open the possibility that Christians can choose cafeteria style the economic policies that please them. Socialism is just as legitimate as capitalism, according to the evangelical left and most Catholic theologians as they champion an imaginary third way between extremes.

Keller and others on the evangelical left cite as proof many passages in the prophets urging the Israelis to correct injustices to the poor, such as Is 58:6-7:

“Is not this the kind of fasting I have chosen:
to loose the chains of injustice and untie the cords of the yoke,
to set the oppressed free and break every yoke?
Is it not to share your food with the hungry
and to provide the poor wanderer with shelter—
when you see the naked, to clothe them,
and not to turn away from your own flesh and blood?”

Keller draws on the Hebrew world for justice, transliterated at mishpat.

The Hebrew word for “justice,” mishpat, occurs in its various forms more than 200 times in the Hebrew Old Testament. Its most basic meaning is to treat people equitably…But mishpat means more than just the punishment of wrongdoing. It also means giving people their rights.

This is why, if you look at every place the word is used in the Old Testament, several classes of persons continually come up. Over and over again, mishpatdescribes taking up the care and cause of widows, orphans, immigrants and the poor—those who have been called “the quartet of the vulnerable.”

Of course, the Bible is full of passages that tell us to help the poor. The question is did God intend the government to enforce those commands or should we leave enforcement to God and the church? I’ll respond next week.