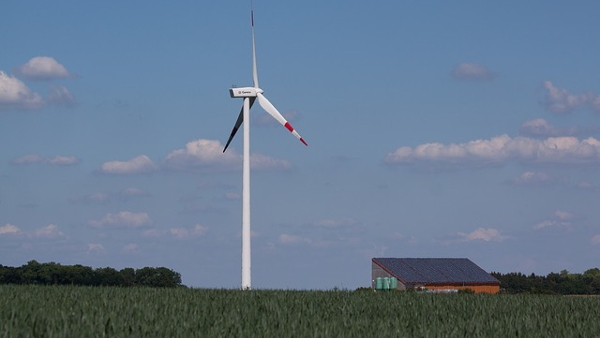 Throughout history, time and time again, the cure provided by do-gooders is often worse than the disease.

America continues to provide contemporary examples; the latest being our national policy promoting the use of wind energy through massive tax credits, loans, loan guarantees and subsidies.

It is thought that as of 2016, we had poured over $176 billion (about $550.00 per person) of taxpayer money into the wind energy companies in order to cut back on our use of fossil fuels so that we can, theoretically, reduce global warming.

The paper, published in Joule, actually observed the warming effect at 28 operational US wind farms.

And, this has been known for at least six years.  That was when an article was published in the journal Nature Climate Change which “found a night-time warming effect over wind farms of up to 0.72 degrees Celsius per decade over the nine-year-period in which data were collected.”

This is a huge number when it comes to warming as the total predicted reduction in temperature if we eliminated all CO2 from electrical generation would only be 0.1 degree C.

This is just the latest in the long line of reasons to stop subsidizing the wind energy mega-companies:  Wind turbines presently kill hundreds of thousands of birds in the U.S. (many endangered); wind farms take up about 100 times more land than conventional non-CO2 emitting power sources (nuclear); wind energy requires the availability of non-wind power generators on stand-by as the wind doesn’t always blow (thus costing double for the redundancy); environmental concerns are mounting, including noise and ‘shadow flicker’ with many communities that initially welcomed wind development now turning against their presence.

According to Isaac Orr, with the Center of the American Experiment, “…there are a lot of things that have made many people reconsider their perception of the industry.  People with wind turbines on their property often have to sign gag orders which prevent them from publicly voicing concerns about or problems that have arisen from the wind turbines on their own property.”

‘Shadow flicker’, from the turbine blades creating rapidly alternating shadows and light in homes, has been so bad in some cases that residents have been given window blinds worth $11,000 per home and homeowners were advised to go on vacation during those months when the flicker was most severe!

Yet, we relentlessly push on in promoting wind energy even when we realize that “Previous modeling studies have shown that large-scale wind and solar farms can produce significant climate change at continental scales” – this according to a University of Illinois researcher in another paper just published in Science in September, 2018.

This is an age-old story:  A perceived problem; a potential solution (but with many unexpected consequences) and, we proceed regardless, often reaping the whirlwind.

Our crony capitalism policy of subsidizing wind energy has resulted in higher power costs to consumers.  Take away the tax credits and energy would be generated by the cheapest material instead of by the most politically correct source.

Affluent investors may want to continue to invest in companies involved in energy conservation as our national and state policies continue to raise the cost of energy even at a time when oil and gas are more abundant than ever before in history with their prices consequently being extremely cheap.