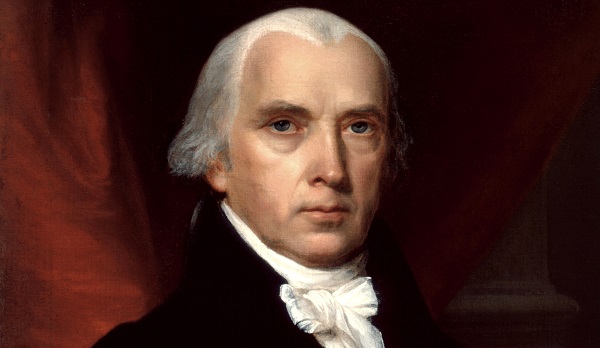 What is government?   Perhaps the great Austrian economist Ludwig von Mises stated it best when he, in quite a Lockean affirmation, wrote,

“Government is essentially the negation of liberty…Government is a necessary institution, the means to make the social system of cooperation work smoothly without being disturbed by violent acts…whether of domestic or of foreign origin.  Government is not, as some people like to say, a necessary evil; it is not an evil, but a means, the only means available to make peaceful human coexistence possible.”[1]

But government, in the Republican structure established by our Founder Fathers, is utterly and absolutely limited.  That was the entire point and purpose of the Constitution.   The citizens of America must remain vigilant to maintain these limits; as, because of human nature, the encroachment of government (that is people in power) has always and will always occur.   James Madison, known as the Father of the Constitution because of his lead role in its writing and debates, and the Bill of Rights, vehemently opposed the 1798 Alien and Sedition Acts as it was in complete violation of the constitutional authority of the executive branch and a violation of free speech; illustrating that even the Founder’s generation was subject to human nature and oppression.

Madison, as a Virginia congressman, lead opposition to the Alien and Sedition Acts composing a resolution for the case against it and persuading the Virginia legislative to pass it.   Madison was quite unambiguous, writing that,

“If the powers [the powers enumerated to the Federal government in the Constitution] granted be valid, it is solely because they are granted; and if the granted powers are valid because granted, all other powers not granted must not be valid.”[2]

Here, Madison is not only referencing the structural enumerated powers of the Constitution, but also the explicit expression of the 9th and 10thAmendments.  He also articulates the peril in allowing such an overt breech of power, stating that,

“A deliberate, palpable, and dangerous exercise of other powers, not granted by the said compact [Constitution], the states, who are parties thereto, have the right, and are in duty bound, to interpose for arresting the progress of the evil, and for maintaining, within their respective limits, the authorities, rights, and liberties appertaining to them.”[3]

Madison is explaining that when the Federal government is in violation of its limits enumerated in the Constitution, the States have the right and authority to nullify such malevolence, Madison calls it an “evil,” overreach of power.

As the Convention of 1787 gained momentum there were genuine patriots who, at a minimum, cautioned against too much centralization power into a singular government – a shift of too much power away from the States into a central authority; and rightfully so.   The Anti Federalist Papers were the argument against and cautionary narrative explaining the hazards and potential dangers of such centralization.   While the Anti-Federalist believed that the dangers would come to pass in the near future, most did not. Yet, over time, their prophecy has become reality.

In Anti Federalist No. 5 the dangerous scenario instore for the young confederacy is illustrated through the union of Scotland and England the unfavorable circumstance which resulted.  The commoners of Scotland “violently opposed the union [Scotland and England], and predicted that the people of Scotland would, in fact, derive no advantages from a consolidation of government with England,” notes an Observer in the 1787 Boston paper, “but, on the contrary, they would bear a great proportion of her debt, and furnish large bodies of men to assist in her wars with France.”  The Observer goes on to note that “very little of their [the British government] attention would be given to the true interest of their constituents…these predictions have been verified.”[4]  The American government has mirrored this pattern through nearly all modern election cycles save a few; where the “forgotten man” (the working middleclass) is regularly ignored once an election cycle is complete, regardless of the party receiving the power.  Prophecy has come to pass.

Upon the outbreak of violence with France, the British government refused to send arms to the Scotts since “It is a truth that their [the Scotts] petitions were disregarded, and reasons were assigned, that it would be dangerous to entrust them with the means of defense, as they would then have it in their power to break the union.”[5]  This arrogant attitude arises consistently out of Washington, D.C., in regard to the average citizen.  The peasants need their “betters” to guide, rule, and command them in their lives.   Whether it is the Scotts of the 17th century or the American citizen of the 21st century “any conclusion that this country would derive happiness or security from a government which would, in reality, give the people but mere name of being free.”   One merely needs to review the long train of un-enumerated federal agencies and their volumes of regulations retarding the free market, free association, and liberty.  The Anti Federalist No. 5 Observer foreshadows the tyranny against their posterity; noting “much less to those it will contain at a future period.” [6]

The Observer concludes with the principle of a federal government’s efforts must be external for the benefit of the Confederacy, not internally which is the domain of the States and the people.  “[T]hat there should be a confederated national government…,” explains the Observer, “Such a government, while it would give us respectability abroad, would not encroach upon, or subvert our liberties at home.”[7]