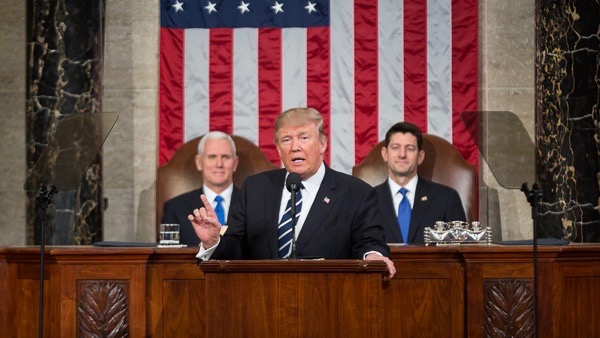 The data show the trend in GDP quarterly growth from the time of the initial recovery to the latest available data. 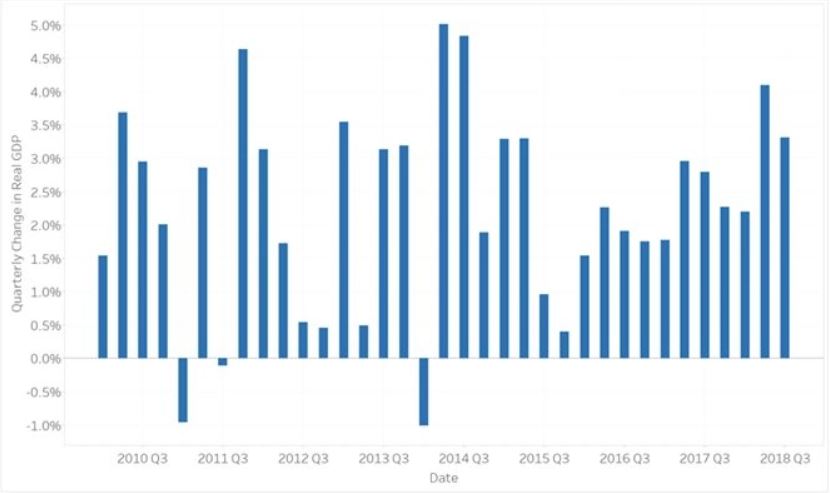 The data clearly show the lackluster nature of the recovery from the great recession after a very short-lived burst coming off the very low baseline of a near-depression, including half-recessions in 2010, 2011, and 2013.  As we previously predicted, the data also show a short-lived slow-down at the end of 2017, as business managers waited for tax cuts to pass and be implemented, then a burst of economic activity as the effects of the tax cuts were felt.

But now, a year after the tax cuts, things appear to be slowing down.  Not receding, but growing more slowly — probably at below long-term averages.

Well, as I’ve argued elsewhere, typically the original surge of economic growth after anticipated tax cuts finally kick in is somewhat short-lived. This was true of the JFK, Reagan, and G.W. Bush tax cuts. And it looks like it’s probably true of Trump tax cuts. In other words, some of the added activity is new growth, but some of it is simply deferred activity. So, when that deferred activity finally occurs, it booths things for a year or so, but then that’s over with. That part of the effects of tax cuts is one and done. Then things go back to normal.

As of this writing, we don’t know what the official growth rate is, but consensus is roughly 3%, a further slowdown.

Of course, that just refers to what has already happened. In addition, we have pretty much every single market-sensitive indicator pointing towards a slowdown as well. More on that at a later date.