Stop Blaming Memphis’s Sad Present On Its Tragic Past 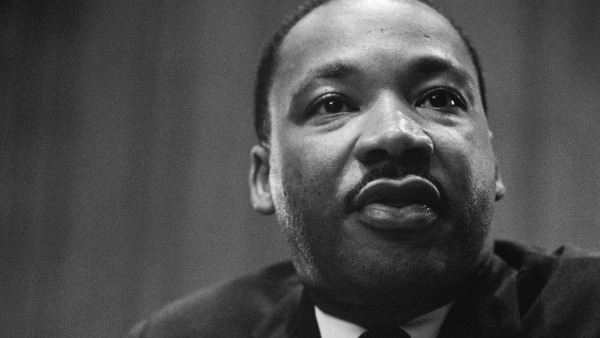 “Driving to my hotel, however, I saw only darkness. Vast sections of the city were total liquid black.” The city “was made largely of wood, so the bombs set off a hurricane of fire. Some three hundred thousand people were burned alive, instantly, four times the number who died in Hiroshima. More than a million were gruesomely injured. And nearly 80 percent of the buildings were vaporized. For long, solemn stretches the cabdriver and I said nothing. There was nothing to say.”

Those are the words of Phil Knight, the brilliant co-founder of Nike. He was describing Tokyo in the 1960s, roughly two decades after the end of WWII.

Knight’s chilling description of Tokyo’s less-than-glamorous past in his incomparable business memoir (Shoe Dog) came to mind while reading Monday’s USA Today. The front page headline was “Memphis still dealing with trauma.” The trauma was the aftermath of the tragic assassination of Martin Luther King. As the article put it, that parts of Memphis “are plagued by blight, crime and persistent income and wealth gaps” is an effect of King’s murder over 50 years ago. Without trying to minimize what King meant to so many in Memphis, the U.S., and around the world, what the “Nation’s Newspaper” presumes is just not true.

If it were true, then it’s also safe to say that Dallas would to this day be stuck well in the past economically; still recovering from the jolting murder of President John F. Kennedy. The great Lawrence Wright actually argued just that in his latest book, God Save Texas. He asserted that Dallas “has never entirely healed” from what happened in November of 1963. Wright’s observation left a lot to be desired, as did his book. Not only is it a bit odd when individuals ascribe to themselves an ability to take a city, state or nation’s pulse, Wright’s analysis of Dallas ignores just how much the city has evolved since 1963, not to mention how many outsiders (from within and outside Texas) have chosen to make one of the nation’s fastest growing cities their home.

That Dallas has proven a magnet for the U.S.’s many talented for decades is very telling. It’s a reminder that the only thing that can fell a city is a consistent outflow of people. Awful as tragic murders are, history says that people move on. The deaths sadden us greatly, they live on through history and endless retrospectives, but they don’t defineplaces. If this is doubted, readers need only speculate what would come to mind if most Americans were asked today what they most associate with Dallas. Chances are that Arkansan Jerry Jones would come in at the top of the list, along with his Dallas Cowboys. Mark Cuban (an “immigrant” from Indiana) probably wouldn’t be too far behind, along with many other outsiders who’ve made a once very average city one of America’s most notable. Oil may top Cuban, Jones and the Cowboys.

Going further west to Los Angeles, it’s suffered no less than two major riots (in the 1960s and the early ‘90s), along with the mass departure of factories (in the 1920s Los Angeles was the #4 manufacturing city in the U.S.) that some believe doom cities to perpetual also-ran status. Yet Los Angeles booms, and shimmers with a variety of skylines that can be found throughout this most spread out of cities.

What plainly defines Dallas and Los Angeles is a simple question that we Americans are prone to asking: Where are you from? Each city is dense with people who came from somewhere else. It’s a reminder that people trump tragedy and the departure of businesses when it comes to lifting up cities. It’s in the cities, states and countries that enjoy a regular inflow of people that the economic outlook is usually quite good. Los Angeles is a magnet for talent, which explains why it thrives to this day. Same with Dallas. The past for each is the past.

More interesting about the City of Angels is that it certainly wouldn’t be LA if it were still a manufacturing hub. Neither would New York City be New York. Another city full of outsiders, New York booms because the factories that were once ubiquitous in Manhattan are no longer there. Once the #1 U.S. manufacturing city in the 1920s, its greatness is a certain effect of those factories having been converted into apartments, restaurants and office space for corporations that likely don’t manufacture much of anything stateside. The aforementioned transformation is the driver of the city’s amazing wealth. More than the economic nostalgists who look wistfully to the factory jobs of the past would like to admit, New York is full of talented people who came to the city to enrich it precisely because manufacturing long ago left it.

And then there’s Tokyo. Though it had gruesomely dark qualities on the ground in the ‘60s, from the air it was “startlingly bright” according to Knight. Amazing about its bright qualities is the total devastation that it had come back from. Tokyo didn’t suffer the awful murder of one person; rather it suffered the instant exterminationof hundreds of thousands of people. Yet it was once again “startlingly bright” in the mid-1960s, and is exponentially brighter today as befits one of the world’s most important cities. The Japanese rebuilt, thus moving on from a trauma that makes those that most cities endure seem rather small by comparison. So while Tokyo used to be “liquid black,” the brilliant people within the city brought it back.

Looked at through the prism of Memphis, it’s just a reminder that a tragic murder is not what has the city suffering. It quite simply couldn’t be the source of Memphis’s ongoing decay. Too many cities and too many now-thriving countries have been through so much worse.

And if not related to MLK, it also can’t be a Tennesseee thing. Figure that Nashville is a little over 200 miles from Memphis in the Volunteer state, and it booms. Forty years ago what’s known as Music City at best resembled Birmingham economically, but today it’s a major draw for the people who always and everywhere power economic growth. In the past decade alone, the number of college graduates under 35 in Nashville has doubled. What plainly haunts Memphis today is that too many native Memphians no longer live there, particularly the young ones with the ability to transform a city, and too few non-natives (who were born well after 1968) are replacing them.

It’s a simple reminder that people, and only people, drive well-being. And until the talented resume choosing Memphis as a living and working destination, the city will regress. Past tragedies don’t haunt Memphis, but a lack of new arrivals does.