Warnings From A Past Pope And A President About Socialism 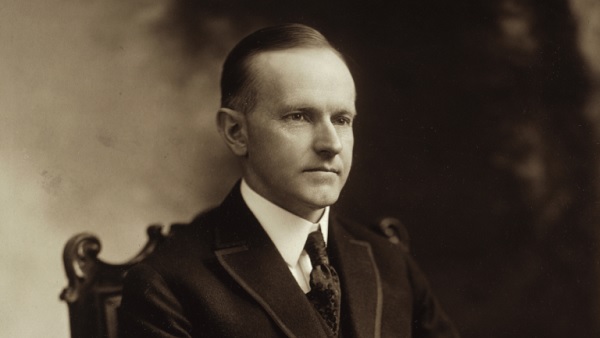 Today in the United States there are many who not just push for “equality” but actually attempt to force it.  Our Foundering Fathers embodied equal rights, not equality.  But collectivists demand equality.  Economist Richard Vedder observed, “This obsession with equality is very destructive for the human race.”  He goes on to say, “I have never understood the appeal of a goal like ‘equality.’   People are inherently different.   They have different talents, different interests, and different degrees of marginal productivity.  This is what makes exchange possible.  It’s what makes life interesting and complex.  Variety is the spice of life.”[1]  The Founders distinctly recognized this, and as a result realized equal – inalienable – rights as granted by God.  And, as Dr. Vedder explained, we are all unique – each given individual gifts from God.   Thus, we also have equal rights to use our gifts; but certainly not equality, since by default of each individual being unique.  We all will accomplish different goals and levels in life.

In 1891 Pope Leo XIII addressed this notion head-on, and in response to Communist activities of the late 19th century.  “Neither justice nor the common good allows any individual to seize upon that which belongs to another,” declares Leo, “or, under the futile and shallow pretext of equality, to lay violent hands on other people’s possessions.”  Pope Leo is rightfully and artfully tying together the evil push for material equality with the fundamental right to property.  He continues by aligning his argument directly to God’s purpose, writing “No man may with impunity outrage that human dignity which God Himself treats with great reverence.”[2]  He is directing his argument to the communists, but his same argument is also applicable to collectivists today.

President Calvin Coolidge stated that “With [freedom] went the principle of equality, not an equality of possessions, not an equality of degree, but an equality in the attributes of humanity, an equality of kind.”[3]  A few years prior Vice President Coolidge, speaking in Springfield, Massachusetts, defined the American theory of equality when he said, “A people gather, grow strong under adversity, weaken under prosperity, and fall, first victims of weakness within and then victims of strength without.  Nor need it unduly alarm us…The American theory of society is founded in part on this condition.  It asserts the equality of men.  That means equality of kind, as Coolidge refers above.  All are endowed with the same kind of mind, for it is mind alone that makes man, the capacity to know the truth…To some is given one talent and to some many talents, but each is equal in the fact that he has talent.   Some know one truth, others know many truths, but all know the truth.”[4]  It should also be noted that Coolidge couched American theory of equality in the characteristic of virtue.

John Adams wrote directly in this regard.  Adams rejected equality of ends, but fully embraced man’s equality under God’s rule and as His creation.  Adams writes that:

Nature, which has established in the universe a chain of being and universal order, descending from archangels to microscopic animalcules, has ordained that no two objects shall be perfectly alike, and no two creatures perfectly equal. Although, among men, all are subject by nature to equal laws of morality, and in society have a right to equal laws for their government, yet no two men are perfectly equal in person, property, understanding, activity, and virtue, or ever can be made so by any power less than that which created them.[5]

The great English jurist, Sir William Blackstone, warned vigorously, as did Brutus, in Anti Federalist Nos. 78-79, that given too much jurisdiction on equality over the States, the Judicial Branch would reach and take power as another legislative branch.  This is exactly what has happened in the federal jurisprudence with destructive results on liberty.  Blackstone cautioned that “the liberty of considering all cases in an equitable light must not be indulged too far, lest thereby we destroy all law.”  He continues:

…and leave the decision of every question entirely in the breast of the judge. And law, without equity, though hard and disagreeable, is much more desirable for the public good than equity without law; which would make every judge a legislator, and introduce most infinite confusion; as there would then be almost as many different rules of action laid down in our courts, as there are differences of capacity and sentiment in the human mind.[6]

The great economist Friedrich Hayek in his The Road To Serfdom issues a warning to the deterioration of freedom and liberty under centralized planning. Moreover, in April 1945, Reader’s Digest published a condensed version of The Road to Serfdom.  In the Preface of the Reader’s Digest version it “sounds a grim warning to Americans and Britons who look to the government to provide the way out of all our economic difficulties.  [Totalitarianism is] the inevitable results of the increasing growth of state control and state power, of national ‘planning’ and of socialism.”[7]

In the Reader’s Digest condensed version of Hayek’s The Road to Serfdom, the stark contrast between collectivism and individualism is centered on Christian principles and values:

Individualism, in contrast to socialism and all other forms of totalitarianism, is based on the respect of Christianity for the individual man and the belief that it is desirable that men should be free to develop their own individual gifts and bents.  This philosophy, first fully developed during the Renaissance, grew and spread into what we know as Western civilization.  The general direction of social development was one of freeing the individual from the ties which bound him in feudal society.[8]

So how destructive has the effort to eliminate poverty been?  Massive and growing.  Claremont Review of Books Senior editor, William Voegeli writes:

In 2013 the federal government spent $2.279 trillion—$7,200 per American, two-thirds of all federal outlays, and 14 percent of the Gross Domestic Product—on the five big program areas that make up our welfare state[9]…That amount has increased steadily, under Democrats and Republicans, during booms and recessions.Adjusted for inflation and population growth, federal welfare state spending was 58 percent larger in 1993 when Bill Clinton became president than it had been 16 years before when Jimmy Carter took the oath of office.By 2009, when Barack Obama was inaugurated, it was 59 percent larger than it had been in 1993.[10]

The staggering numbers are of secondary issue – the result of the primary issue.  The primary issue is that these efforts by the federal government are utterly illegal (regardless of their passage by Congress and signing into law by the Executive Branch) as they completely usurp natural rights reiterated in the Declaration (as these natural rights preceded the United States, and even man), and violate the Constitution as there is no such power enumerated to the Federal government.  These laws, federal institutions, and economically destructive practices are an absolute desecration to the American Compact.

[5] John Adams, 1851, The Works of John Adams, Second President of the United States: with a Life of the Author, Notes and Illustrations, by his Grandson Charles Francis Adams, 10 Volumes, (Boston, MA: Little, Brown and Co.), Vol. 6, “Defence of the Constitutions Vol. III cont’d, Davila, Essays on the Constitution,” Discourse on Davila, XV, [http://oll.libertyfund.org/titles/adams-the-works-of-john-adams-vol-6].  Also referenced in Thomas G. West, “The Political Theory of the Declaration of Independence,” in Ronald J. Pestritto and Thomas G. West, ed., 2003, The American Founding and the Social Compact, (Lanham, MD: Lexington Books), p. 113.

[6] Sir William Blackstone, 1753, Commentaries on the Laws of England: Of the Nature of Laws in General, Vol. 1, “Section II: Of the Nature of Law in General,” (Indianapolis, IN: Liberty Fund), [http://oll.libertyfund.org/titles/blackstone-commentaries-on-the-laws-of-england-in-four-books-vol-1].  Also referenced in Marshall L. DeRosa, 1991, The Confederate Constitution of 1861: And Inquiry into American Constitutionalism, (Columbia, MO: University of Missouri Press), p. 102.

[7] Friedrich A. Hayek, April 1945, The Road to Serfdom with The Intellectuals and Socialism (Condensed Version), Reader’s Digest, p. 34.

[8] Friedrich A. Hayek, April 1945, The Road to Serfdom with The Intellectuals and Socialism (Condensed Version), Reader’s Digest, p. 42.