Who Says States Can Nullify Federal Overreach? Madison And Jefferson 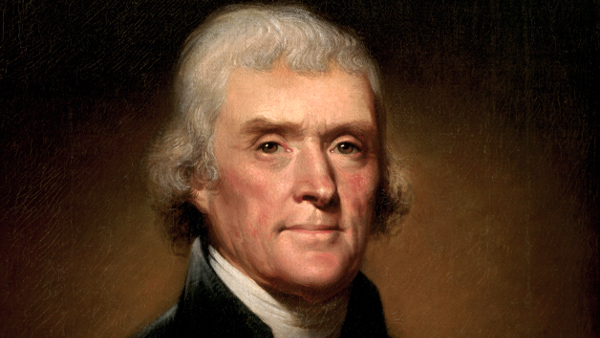 The Kentucky and Virginia Resolutions[1] of the late 1700s illustrated Thomas Jefferson’s and James Madison’s rejection of the Federal government’s passing of legislation which violated their limited authority per the Union’s, not the nation’s, compact – the Constitution.  In these, Jefferson and Madison reject federal authority over the States in areas other than those which is specifically enumerated in the Constitution.   They definitively state the separation of State and federal power and authority; and, essentially and directly support nullification by the States of any law passed by the federal government outside of those given to them by the compact.  Nullification is valid under those specific circumstances as articulated in the Constitution and within the framework of the Declaration.

Critics of nullification point out correctly that the Supreme Court has upheld historically – particularly through the 19th century – the supremacy of the Federal government, even with laws which are not authorized jurisdiction per the Constitution’s enumeration.  Also, the result of the Civil War and President Lincoln’s positioning significantly impact the validity of nullification; essentially nullifying nullification.  This position has been generally held up to the present.  Also, many reference a letter from James Madison to Edward Everett claiming Madison reversed the position he held in the 1798 Resolution and 1800 Report.

Two concerns present themselves with the elimination of nullification.  The first is that upon examination of Madison’s 1830 letter, he does not reverse his position on nullification.  Edward Everett asks Madison directly to give his “ideas on” his position on nullification.  The letter is Madison’s response to Mr. Everett.  Madison reiterates his same stance upon nullification but gives more details on the Constitutional process on which other States can nullify a specific State’s nullification.  Within this discussion Madison references the Article V provision of the Constitution on how the States can be the “final resort” over the Federal government.  He further lists a last resort if in fact the “usurpations & abuses rendering passive obedience & non-resistance a greater evil, than resistance & revolution.”  Madison writes:

…there can remain but one last resort, the last of all, an appeal from the cancelled obligations of the constitutional compact, to original rights & the law of self-preservation.[2]

Madison continues by upholding the supremacy of the States over the Federal government per jurisdiction not enumerated in the Constitution for the Federal government unless reversed by the ¾ doctrine outlined in Article V of the Constitution.  He writes, “it is understood that the nullifying doctrine imports that the decision of the State is to be presumed valid, and that it overrules the law of the U.S. unless overruled by 3/4 of the States.”[3]

Madison is stating exactly what John Locke exerted – man, as his own sovereign, can return to the state of nature.  Essentially, man exists with pre-existing Fundamental Rights bestowed upon him by his Creator, God Almighty.  He details that a State absolutely can nullify the Federal government if the State decides that the act is “unconstitutional” and can only be reversed upon the State if is overruled “by ¾ of the States.”  Dr. Edward Erler of California State University discusses Madison’s argument reiterates the supremacy of Natural Rights, writing, “It is only a right to escape ‘intolerable’ government, measured not by a subjective standard but the objective standard of natural right.”[4]

Madison also substantiates the same argument from his 1798 Virginia Resolution that the U.S. government has superiority upon the specific authority as enumerated in the Constitution, while the States have superiority over that which is not.  “[T]hat the Constitution is a compact, that its text is to be expounded according to the provision for expounding it, making it part of the compact, and that none of the parties can rightfully renounce the expounding provision more than any other part.”[5]

In fact, Madison directly alluded to nullification, prior to Constitutional Convention and the ratification of the Constitution, in his April 1787 treatise on the Vices of the Political System of the U. States.   Upholding State supremacy in many laws, Madison notes that, “Whenever a law of a State happens to be repugnant to an act of Congress, particularly when the latter is of posterior date to the former, it will be at least questionable whether the latter must not prevail; and as the question must be decided by the Tribunals of the State, they will be most likely to lean on the side of the State.”[6]

Five years prior to Madison’s response to Everett, Thomas Jefferson responded to William Branch Giles, a Senator from Virginia, in such regard; as Senator Giles had much concern about the federal government.  Jefferson, wishing his letter to remain private, writing, “this will contain matters not intended for the public eye,” expressed utter concern for the intrusion of the federal government into concerns for which they had no jurisdiction, and infringements into the rights of the people.

…when the sole alternatives left are the dissolution of our union with them, or submission to a government without limitation of powers. between these two evils when we must make a choice, there can be no hesitation. but in the mean while the states should be watchful to note every material usurpation on their rights, to denounce them as they occur in the most peremptory terms…[8]

The second concern is that if the beast (Federal government) is the only authority and authority of last resort, in charge of how much power it has and its regulation of power is the beast itself, what rational being would conclude that it would give up power to another (the States or the People).

James Madison articulates in Federalist 51 humans are bound to human nature, and human nature is flawed.  This is the very reason behind the Constitution’s enumeration and separation of powers, and history has upheld this issue of human nature.  Any government will always consume more power; it essentially will not even maintain a steady state of power unless constrained.  Thus, to think it will give up power just because some document states it is limited without consequential constraints is irrational.  Even today we see a constant consumption of power by the Federal government, through healthcare, taxation, business regulation and many other areas.  Woodrow Wilson’s benevolent administrative government is absolute nonsense, but absolutely dangerous to freedom and liberty.

Historian Thomas Woods has researched and written on nullification extensively and writes that “If the federal government has all the power to interpret the Constitution and the states none, no one has the right to be surprised when the states, as in our own day, are totally eclipsed.”  Woods continues by expressing Jefferson’s, as well as John Calhoun, position that “in the nature of compacts that no one side could have the exclusive right of interpreting [the Constitution’s] terms.”[9]  In conclusion, Woods writes, “The main point that nullification aims to address is that a government allowed to determine the scope of its own powers cannot remain limited for long.”[10]

Thomas Jefferson believed until the end of his life that it was appropriate for States to resist the Federal government through nullification or even secession when the function of elections could not prevent the government from breaching the social compact.[11]  Jefferson understood that, if not kept in check, a limited government would become limited no longer.

Thomas Woods gives a very accurate and succinct definition of nullification.  He writes that it is “the indispensable power of a state to refuse to allow an unconstitutional federal law to be enforced within its borders.”[12]  As the Declaration of Independence states That these United Colonies are, and of Right ought to be Free and Independent States.