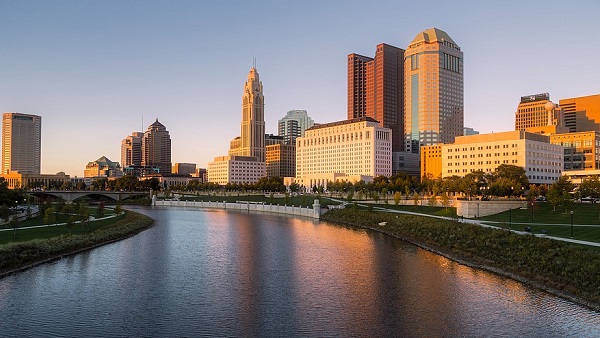 “Nine years ago, when the Columbus Partnership, an organization of 65 Central Ohio CEOs, launched the Columbus 2020 initiative, which sought to add 150,000 new jobs to the regional economy in a decade, it seemed like an unreachable ambition. After all, during the 2000s, Columbus, like most of America, actually lost jobs. But Columbus met its goal early. During 2010–17, the region added nearly 164,000 new jobs, a 17.8 percent growth rate that ranks second among major metros in the Midwest—and far outpaced the national figure of 12.5 percent.” 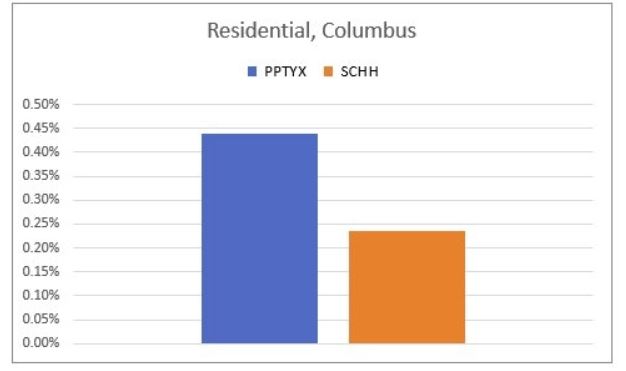 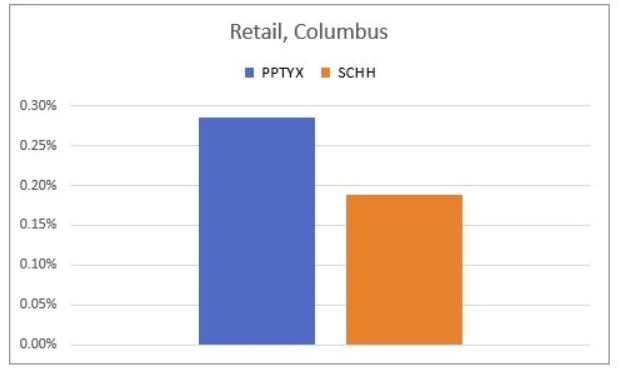 On the surface, it makes sense to be overweight in Columbus. It has a much higher percentage of high-productivity workers than other cities, which is a great driver of property values: 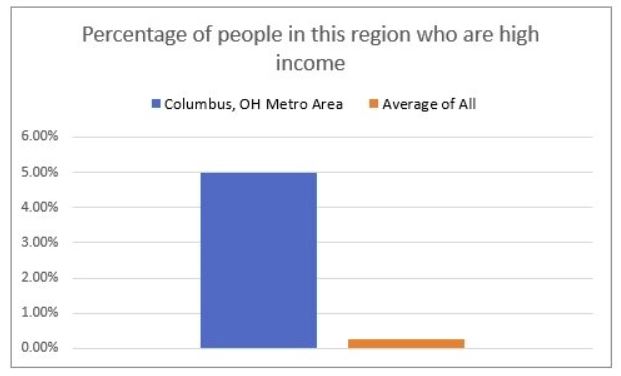 Over .5% of people in Columbus are high-income, but in residential and retail the Schwab real estate index only has an average weighting of 0.21%. In other words, in this case, as in others, cap-weighting underweights a region relative to its growth drivers.

They also have a higher proportion of high-income people than other cities. 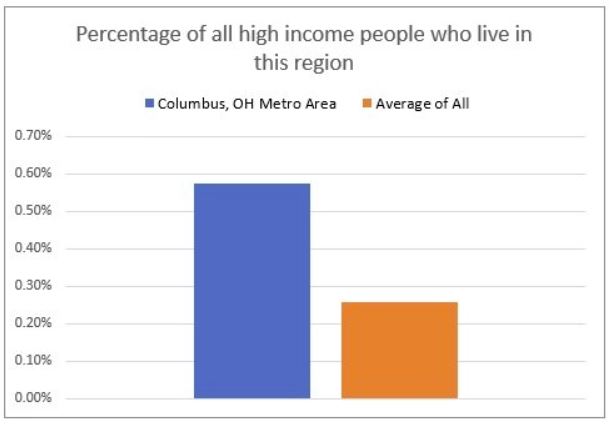 Columbus’ population has grown at a much higher rate than other comparable cities:

“Its metro-area population has grown by 172,000, or 9 percent, since 2010, tops in the Midwest among larger regions. It has added almost 400,000 people since 2000, putting it fewer than 25,000 behind the much-larger Chicago metro’s increase. The Columbus metropolitan area now exceeds 2 million people, and some demographers project that it will hit 3 million by 2050.” 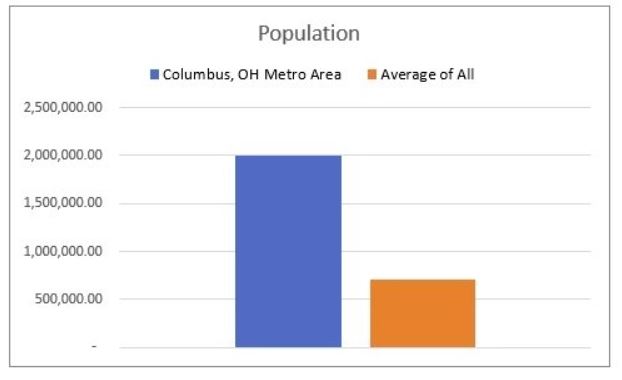 Population growth is essential for economic growth, and we can see the fruits of that in Columbus’ high GDP per capita. 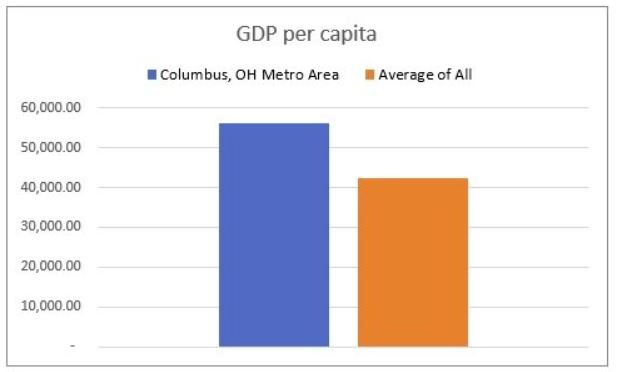 Ohio is bringing in more people than other cities, and the people they’re bringing in are disproportionately wealthier and more productive.

“Its limitations aside, Columbus is improving demographically, economically, and culturally. Except for Chicago, no midwestern city has cracked the code on how to attract newcomers from outside the region. There’s no reason that Columbus can’t be the breakout from the midwestern pack, making itself into a national, not just regional, success story.”

While celebrity cities that have high market capitalization aren’t doing so well, smaller cities like Columbus are turning into very profitable investments.

Can Biden Rise Above His Authoritarian Party?... January 21, 2021 | Frank Vernuccio

The Era Of No Consequences January 14, 2021 | Frank Vernuccio

How Companies Pay Shareholders: Buybacks Are Not A Giveaway... January 7, 2021 | Jerry Bowyer

What Prostate Cancer Taught Me About Our Fiscal And Physical Health Code Blue... December 22, 2020 | Kevin Cullis