Freedom Is The Solution To Obesity 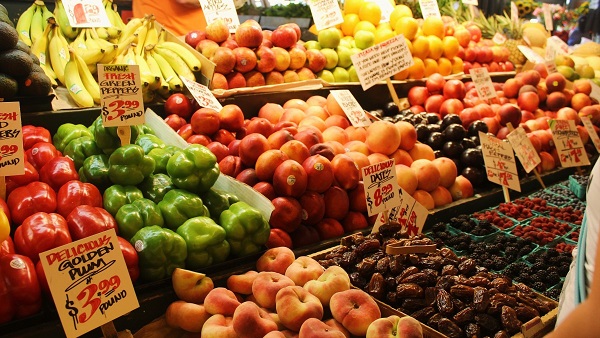 Founding Father John Jay noted that “Providence has in a particular manner blessed it with a variety of soils and productions and watered it with innumerable streams for the delight and accommodation of its inhabitants.  A succession of navigable waters forms a kind of chain round its borders, as if to bind it together; while the noblest rivers in the world, running at convenient distances, present them with highways for the easy communication of friendly aids and the mutual transportation and exchange of their various commodities.”[1]

American is not just the breadbasket of the world, it is but the supermarket colossus of manna from heaven.   The ability of the Unites States to produce food is unprecedented in human history – and maintains constant improvement year-in-and-out with improvement in output, quality, variety, delivery, and every other parameter imaginable of its agriculture and food production and distribution.  America’s challenge is notobesity; nor should there be an intrusive government trying to manage us with our health and dietary issues.  Man does not learn by being issued orders and regulations.  Nor does the government have any jurisdiction in this area whatsoever – see here, here, here, and here.  Man must learn his lessons through practice; through experience, and this is at the core of the Great Experiment.  It is and must be generational.

Throughout my own lifetime this very phenomenon has already manifested before my eyes.  “Much of the talk about poverty today overlooks the fact of this rather amazing progress…[that] Many nations that were for centuries poor have learn something of how to produce wealth.”[2]

During my childhood – the 1960s and 1970s – the presence of health food stores, health food in groceries, healthy choices in fast food restaurants, and gyms and training centers were virtually non-existent.  Today these exist all over our country.  Even in most small towns.  We are learning; we are changing; and we are adjusting our behaviors.  “Although he [Jesus Christ] was a son [the Son of God], he learned obedience from what he suffered.”[3]  Changes of this magnitude never happen overnight, but they happen nonetheless.   Our generation will most likely not fully embrace these changes to levels needed to defeat the obesity and health issues, but that is not the point.  We are teaching posterity these changes, and over the course of several generations, we will be a healthier and stronger people.  This is America.  The Industrial Revolution did not happen overnight or through one generation, but through multiple generations – through many decades.

“[T]he development of U.S. agriculture in the twentieth century is on balance a great success story,” [4] notes the late distinguished Professor of Agricultural and Resource Economics, Bruce Gardener.  This success developed to a magnitude which we most often do not realize; but, yet, it is perhaps the most powerful story to tell, as this rapid change has happened in a single generation.

Two anecdotes explain this clearly.  A colleague of mine tells a story of picking up an overseas friend and on the way home from the airport stopped by Wal-Mart to pick up a few household items.  During the course of traversing through Wal-Mart in search of the needed items, his foreign friend got separated from him.   His overseas friend, trying to navigate through the store to find him, became so overwhelmed by the size of the store and magnitude of the immense amount of products he sat down in the middle of an aisle with the overpowering feeling of being permanently lost and separated from his friend.

The second anecdote comes from another former colleague.  He is an Israeli who was educated in Europe, holding a PhD.  When he first came to the United States, he went to the grocery to get green beans.  Upon finding the vegetable aisle, he was paralyzed.  There were so many choices and options for green beans he literally did not know what to do; this from a highly educated man from an industrialized country who had traveled globally and studied throughout Europe.

Our prosperity is overwhelming.  As Ludwig von Mises wrote in 1956, “the way of life of the average American appears as fabulous and out of the reach to the immense majority of people inhabiting non-capitalistic countries.”[5]

[4] Bruce L. Gardner, 2002, American Agriculture in the Twentieth Century: How It Flourished and What It Cost, (Cambridge, MA: Harvard University Press), p. 3.