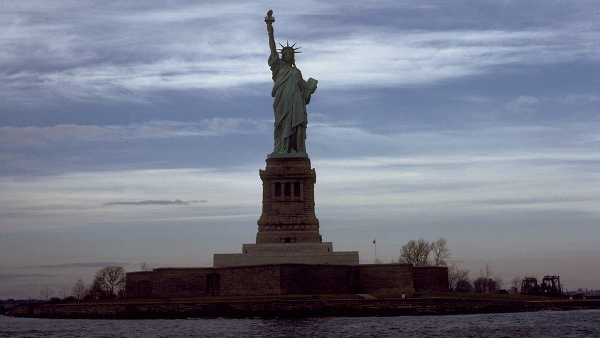 What does freedom mean?

Is it important that we are free?

Do we take it as an axiom that liberty, in and of itself, is a good?

And, does how we understand freedom have anything to do with our late unhappiness?

I would posit that it does and that looking at how our definition of liberty has changed over time explains a lot.

America was first settled by a mostly religious people who were seeking freedom to practice their faith in accordance with their conscience and without prosecution from civil authorities.

The U.S.A. was founded overwhelmingly because of an aching for liberty from governmental overreach and tyrannical abuse of the colonists.

In fact, the Declaration of Independence is mostly a list of the oppressions that Americans suffered under British rule.

Our Founding Fathers thought that freedom meant to not be subject to a despotic civil government.

But, a funny thing happened on the way to modernity.

In a diabolical twist we began to imagine that freedom was good, period.

And, even though we had gained our liberty from a mordacious government we still were not totally our own man.

Our definition of freedom morphed into the idea that true liberty meant complete independence from any exterior authority.

And while King George was no longer dictating what Americans were to do, their Creator God still was.

Christians began to misinterpret their liberty granted in Christ as not being freedom from the old ritual law but freedom from God’s moral law as well.

Rebuking their prior understanding that Biblical freedom in the Spirit of life in Christ Jesus meant a freedom to obey God, a freedom to be who they were created to be, a freedom from sin and death, many churches embraced the idea that it meant a human liberation from God’s outdated dictates.

Once unleashed into the culture, the venomous idea that man is his own god, able to create his own definition of right and wrong quickly ate away the social mores built up over centuries of Christian influence.

The idea that America was the land of the free no longer meant freedom from government oppression but, as the Supreme Court recently put it, “The Constitution promises liberty to all … to define and express their identity.”

This audacious, ahistorical grant of institutional approval to personal construction outside of any external religious, cultural or, even physical considerations goes beyond what any society has ever done before.  But, we are special, harbingers of the new techno/scientific man, one crafted by himself without the problematic mistakes made by the old God.

No longer defined by their Creator, giddy with the freedom to identify themselves to the far side of their imaginations, millions have tossed commonsense and any perception of reality out the window in what has become a mass demonstration of hebetude and puerility.

In the rush following ‘liberation’, intoxicated by their self-righteousness, intent upon giving full expression to their unfettered natural selves they exhibit depravities never before allowed public expression.

It seems as if we have entered into a cultural senility where we can’t remember or discern the simplest of things, one of them being that freedom means being at liberty from tyrannical government and that it does not mean being free from the loving government of our very Creator.