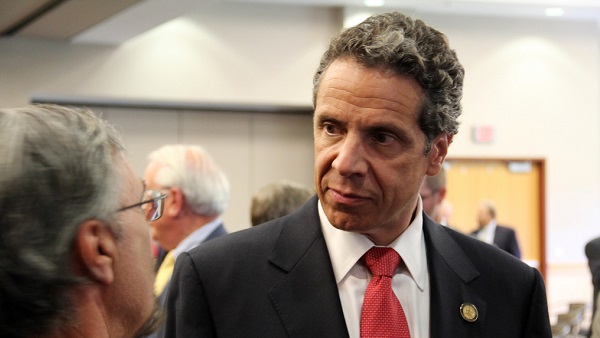 Many Americans are shivering from the latest arctic blast of frigid weather. At least, they can warm up in their homes and offices.  Going forward, however, they, and others throughout the world, may not have that option if climate extremists have their way.

The latest push comes, ironically, at a time when NASA statistics indicate that there has been a two-year cooling period. Investors.comnotes that Aaron Brown, in a Real Clear Markets analysis of NASA  data indicates that for the past two years, the Earth has actually cooled. “The 2016-2018 Big Chill was composed of two Little chills, the biggest five months drop ever (February to June 2016) and the fourth biggest (February to June 2017). A similar event from February to June 2018 would bring global average temperatures below the 1980s average.“

The climate change debate will rage on, but the need for sufficient energy to heat homes, provide electricity, and keep the economy moving is a constant. Despite that, many politicians have opted for unrealistic energy policies.

New York State Governor Andrew Cuomo has successfully pushed for the closing of one of the state’s nuclear power plants, as well as stopping a major gas pipeline.  He is a staunch opponent of fracking. Politico reports that “Both Con Edison and National Grid [two NY State energy companies] say they may have to turn away new natural gas customers if new pipelines aren’t built…” The New York Post reports that “Con Ed notified regulators that, come March 15, it won’t accept new gas customers in most of Westchester, thanks to supply shortages. National Grid has been issuing similar warnings. New-customer cutoffs in the city may be just around the corner. With no practical replacement fuel for heating, this will throttle residential and commercial growth…Cuomo hasn’t officially banned new pipelines; his staff just doesn’t OK very many, often citing lame excuses for nixing them. Team Cuomo reportedly has urged Con Ed to find alternatives to pipelines, and Cuomo himself has been pushing for a shift away from allfossil-fuel energy sources. Which threatens big trouble for new would-be customers — residential or commercial.”

The U.S. Energy Information Administration notes that “In 2017, about 4,034 billion kilowatthours (kWh) (or 4.03 trillion kWh) of electricity were generated at utility-scale facilities in the United States. About 63% of this electricity generation was from fossil fuels (coal, natural gas, petroleum, and other gases). About 20% was from nuclear energy, and about 17% was from renewable energy sources. The U.S. Energy Information Administration estimates that an additional 24 billion kWh of electricity generation was from small-scale solar photovoltaic systems in 2017.

There is no realistic expectation that the 17% renewable energy sources could expand to accommodate the other 83% of current energy needs, and the demand for power continues to grow.

While the pollution caused by carbon-based energy is frequently discussed, other forms of energy production have their own drawbacks. Opposition to nuclear power is well-publicized, but wind and solar pose daunting problems, as well.

According to the Brookings Institute, “Adding up the net energy cost and the net capacity cost of the five low-carbon alternatives, far and away the most expensive is solar. It costs almost 19 cents more per KWH than power from the coal or gas plants that it displaces. Wind power is the second most expensive. It costs nearly 6 cents more per KWH. To place these additional costs in context, the average cost of electricity to U.S. consumers in 2012 was 9.84 cents per KWH, including the cost of transmission and distribution of electricity. This means a new wind plant could at least cost 50 percent more per KWH to produce electricity, and a new solar plant at least 200 percent more per KWH, than using coal and gas technologies.”

The Energy Reality Project describes the challenges that would be encountered in moving to more emphasis on solar and wind: to generate America’s baseload electric power with a 50 / 50 mix of wind and solar farms:

“it would take a sufficient amount of land to cover land area totaling the size of Indiana. It would cost over $18 Trillion with Concentrated Solar Power (CSP) farms in the southwest deserts, on parcels of land totaling the area of West Virginia. “Tad W. Patzek, PhD, Chairman of the Petroleum and Geosystems Engineering Department at the University of Texas at Austin, and David Pimentel, PhD, Professor Emeritus of Ecology and Evolutionary Biology at Cornell University stated … in Critical Reviews in Plant Sciences: “We want to be very clear: solar cells, wind turbines, and biomass-for-energy plantations can never replace even a small fraction of the highly reliable, 24-hours-a-day, 365-days-a-year, nuclear, fossil, and hydroelectric power stations. Claims to the contrary are popular, but irresponsible…”