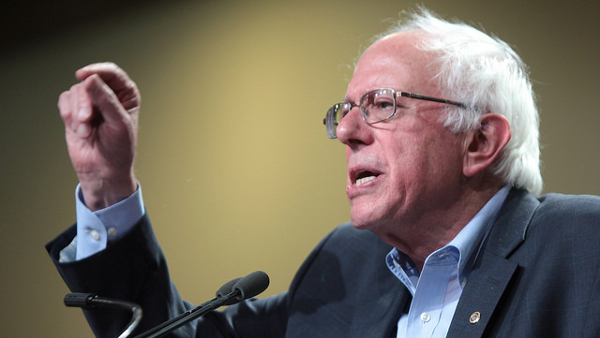 In the later part of the 20th century and on into the 21st century, the claims of wealth inequity run rampant.  But is this the case; and, if it is the case, is it destructive to the Great Experiment – or to individual Americans?

A simple math model can shed some light on this.  The lower end of wealth is limited; that is, a person can only drop to the level of zero wealth.  Some minor level less than zero is possible – debt in which you owe more than your accumulated wealth – but it is very limited, as creditors will cut off debt once an individual reaches this point.[1]  On the other side of the wealth level, the amount of possible wealth is almost limitless.   Therefore, if an economy is growing – this is, individuals are individually and collectively (companies) accumulating wealth through providing products and services – there should be an expectation of the citizens rising in their amount of accumulated wealth.   In fact, if this phenomenon is not happening, that is a detriment to society; it indicates that society is non-productive.

The collectivist-statist desire is to make the wealth inequity more equal, but the only way to accomplish this would be to either steal others’ property and redistribute to others of lesser wealth.  And they promote this propaganda through class warfare by invoking envy.  “A heart at peace gives life to the body, but envy rots the bones.”[2]  Envy is actually a direct form of covetousness.  It violates one of God’s Ten Commandments; so it is a serious enough sin that God issued it to Moses and the Israelites.  “You shall not covet your neighbor’s house.  You shall not covet your neighbor’s wife, or his manservant or maidservant, his ox or donkey, or anything that belongs to your neighbor.”[3]  Essentially God commands that “Thou shall not envy!”[4]  Income redistribution by force and dictate, and fermenting this belief and behavior, is sin.   Therefore, it goes against Natural Law and the principles of America.

There are several catastrophic follies to this.  First, it violates principles of the United States – the Declaration of Independence and Constitution.  Under our Compact, specifically the moral or social compact, the Declaration, it recounts equality that which God has already established; all men are created equal and are endowed by their creator with certain unalienable rights.   As historian Burt Folsom brilliantly concludes, “Equality, in other words, is a framework, not a result.”[5]

In essence, we are no longer operating under this Original Intent of the founding of this Union.   Second, since subtracting wealth from the top and adding it to a lower level is mathematically a zero net gain, the economy does not grow.  But in actual practice there is a net loss.  As part of the State, the bureaucracy, consumes part of the wealth when it is forcibly taken and then administratively redistributed.  There is also further loss as the wealth creators – particularly the higher level (wealth) creators – lose significant incentive to create wealth or move their wealth into prospects which the statist cannot reach.  Simply stated: American Exceptionalism is dis-incentivized and quite often destroyed.  All levels of wealth lose and are diminished under these conditions.[6]

In summary, the lower level of wealth is very limited; there is a hard limit of zero, while the upper level of wealth is nearly unlimited.  Therefore, unless people suffer from envy – one of the seven deadly sins and a violation of the 10th Commandment – we should not be jealous of those who increase their economic worth when achieved under the law.  When, in fact, as citizens of the United States increase in wealth, they do so by increasing the overall economy (not from taking the wealth of another).  This increases the potential for more prosperity for all.  In fact, since 1994 the Gini coefficient[7] has not changed.  Although it did vary slightly during this nearly 20 year period, the Gini coefficient for individuals was 0.510 in 2011 from 0.512 in 1994.[8]

The essence of this increase in wealth (capital) is productivity.  The “lean [business model] creates the most wealth strategy of anything I have ever seen,” notes former CEO Art Byrne.[9]  America has been the most productive civilization in the history of the world.   From just 1947 to 2007 the percent of Americans employed in manufacturing has decreased from approximately 33 percent in 1947 down to approximately 10 percent in 2007 while manufacturing output has remained at around 14-15 percent of the total GDP for the 60 year period.[10]  This translates into a very significantproductivity increase which directly creates wealth for all levels of income in America.   “It is often said that the American manufacturing sector is in decline, but in fact manufacturing is declining in terms of employment, not in terms of output or its share of the economy.”[11]

[1] There are a few exceptions, being; if a very wealthy (top percent) person makes an extremely poor decision with their individual wealth or a company then this situation can create excessive debt.  But this generally leads to bankruptcy and a reasonably quick liquidation of any remaining assets and return to some normal level.  The system accommodates and adjusts itself with the players involved.   Although this does happen it has a negligible impact on the economy as a whole.

[6] Ayn Rand’s book Atlas Shrugged is the story of this phenomenon.

[9] Arthur Byrne, September 7, 2012, phone conversation.  Art Byrne is the former CEO of the Wiremold Company, which was one of the best examples of a lean enterprise in the United States.  Art lead the transformation of Wiremold with stunning results.  See Bob Emiliani with David Stec, Lawrence Grasso and James Stodder, 2003, Better Thinking, Better Results: Using the Power of Lean as a Total Solution, (Kensington, CT: The Center for Lean Business management).