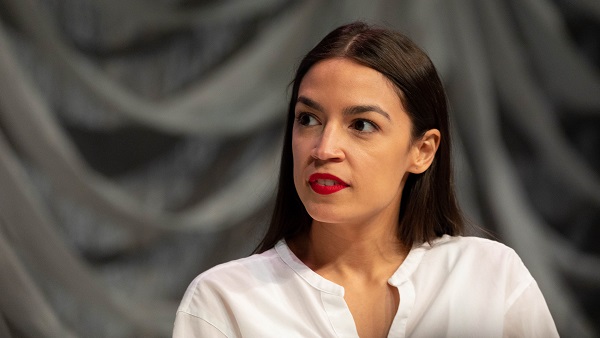 Alexandria Ocasio-Cortez earned a lot of ridicule for her Green New Deal, and rightly so. It was a childish, ideological rant rather than a serious policy proposal. It was obvious from the start that the intent never was to get the deal passed, and, indeed, not even dyed-in-the-wool progressives and green-activist legislators had the guts or foolishness to vote for it. It got zero yes votes. Passing the bill was not the intent. To understand why it was even floated, a concept developed in the 1990s by Joseph Overton of the Mackinac Center for Public Policy, a non-profit devoted to free markets and limited government, comes in handy. It is helpful, not just for this issue, but for any discussion of possible actions to be taken, especially by government.

In Overton’s conception, for any policy area, there is a relatively narrow range of possible opinions that are allowed in serious discussion, the “Overton Window.” For such topics, there are opposing extremes and a range of possibilities between them. On the socialism issue, for example, there is the tyrannical, authoritarian, dictatorial extreme and, on the other end of the scale, completely free markets with no government intervention.

For a long time, any discussion of the real possibility of socialism in the United States was not taken seriously, primarily because people had been witness to its bitter reality many times over. The Overton window for socialism was far to the free market side. With the onslaught of propaganda on the news, in schools, and in all sorts of programming and discussions, a large swath of people have either forgotten the horrors of the last century and are simply ignoring the obvious examples of today, or they never heard or hear of them to begin with. The constant drum beat of socialism has moved the Overton window far to the left of where is was ten or even five years ago. Ideas, however ridiculous or disastrous they have been shown to be throughout history, are now a part of every day discussions, as though they should be taken seriously.

The Green New Deal was advanced only to move the Overton window toward the alarmist, extremist, radical environmentalist end. In spite of all of the scorn it attracted, in spite of all of the comments about the stupid, childish lady, the ploy has worked just as it was meant to. The Marxian dialectic strategy of making outlandish proposals so that somewhat less radical propositions seem reasonable has worked like a charm.

The Green New Deal is not actually the product of AOCs amazing brain. It has been in the works for more than a decade. Europe has been dallying with the idea for a long time and the United Nations has had the same “New Deal” proposals in the form of its Sustainable Development Goals, which are just as radical and just as ridiculous. Indeed, the man who claims to have coined the term, Richard Murphy of London, started a group called the Green New Deal Group in 2007.

The Republican party now has its own cadre of Alexandria Ocasio-Cortezes. Rather than just dismissing the whole thing as the outlandish nonsense that it really is, we have people like Lindsey Graham and others worrying that the Republicans have to come up with their own alternative to the Green New Deal. The Republican congressional leadership proves again that they are just a watered-down, wishy-washy Democrats, rather than getting backbone and calling nonsense what it is.

There is a very reasonable alternative that would be easy to write, easy to enact, and cost taxpayers nothing. Simply pass a resolution that Green New Deal proposals and related ideological baggage be laughed out of Congress.