How A Personal Relationship With God Limits The Impersonal State 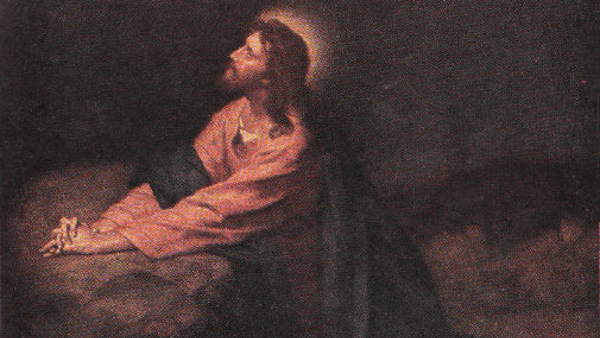 The language and message, that we are endowed by our Creator, is commonplace in the sermons of the clergy of today’s Christian churches in all denominations.  Additionally, it is typically articulated by building a personal, one-on-one, relationship with God, and Christ.  Listen to any Sunday service in any church today, and you will hear this underlying message and usually the direct comments in this regard – build a personal relationship with God and Christ.  This message was not so commonplace in Europe during the colonial period.  However, it was commonplace in the pulpits of the churches across the colonies.  We are bound to our Creator, not to a king, or any other government for that matter.  We were free.  We were sovereign.  We were bound to no one except to the Heavenly Father who bestowed upon us our rights and freedom.  We had liberty; and had this liberty under Natural Law.

That all men are by nature equally free and independent, and have certain inherent rights, of which, when they enter into a state of society, they cannot, by any compact, deprive or divest their posterity; namely, the enjoyment of life and liberty, with the means of acquiring and possessing property, and pursuing and obtaining happiness and safety.[2]

“By ‘equal,’ Jefferson meant that all citizens or freeholders are, as Mason wrote, born ‘equally free and independent’ under the law.”[3]  This reference by Mason and Jefferson comes from John Locke’s Second Treatise of Government published in 1690.  Locke mentions “life, health, liberty, or possessions”[4]  Locke eloquently explains all men are created equal writing:

…that being all equal and independent, no one ought to harm another in his life, health, liberty, or possessions.  For men being all the workmanship of one omnipotent, and infinitely wise maker: all the servants of one sovereign master, sent into the world by his order, and about his business, they are his property, whose workmanship they are, made to last during his, not another’s pleasure.[5]

Locke eloquently articulates each individual’s divine and sovereign right to their body and property created via their body, i.e., their labor.  He writes:

Though the earth, and all inferior creatures be common to all men, yet every man has a property in his own person.  This no body has any right to but himself.  The labour of his body, and the work of his hands, we may say, are properly his. Whatsoever then he removes out of the state that nature hath provided, and left it in, he hath mixed his labour with and joined to it something that is his own, and thereby makes it his property.[6]

Adam Smith agreed with Locke that “Every man, as long as he does not violate the laws of justice, is left perfectly free to pursue his own interests his own way, and to bring both his industry and capital into competition with those of any other man or order of men.”[7]  Then, forty years later David Ricardo reiterates the same message of free commerce and human freedom.  Ricardo declares “that by permitting every country feely to exchange the produce of its industry when and where it pleases, the best distribution of the labour of the world will be effected, and the greatest abundance of the necessaries and enjoyments of human life will be secured…this freedom of commerce, which undoubtedly promotes the interests of the whole, promotes also that of each particular country; and that the narrow policy adopted in the countries of Europe respecting their colonies, is not less injurious to the mother countries themselves, than to the colonies whose interests are sacrificed.”[8]  Both Smith and Ricardo explain the economic realities of Jesus’ message of an abundant life.

In fact, nation states which share free trade with each other significantly decrease their likelihood for armed conflict.  Trade makes for peace as both nations benefit from trade; as it is in their interest to maintain a peaceful relationship, in order to, maintain the economic advantage from the trade of commerce.  Montesquieu justly argues that “Commerce is a cure for the most destructive prejudices; for it is almost a general rule that wherever we find agreeable manners, there commerce flourishes; and that whenever there is commerce, there we meet with agreeable manners.”[9]  Nations should strive for the biblical virtues of peace and abundance, which can mutually benefit from each other.

[8] David Ricardo, 2012 (originally published in 1817), Principles of Political Economy and Taxation, “Chapter XXII, On Colonial Trade,” (Lexington, KY: Maestro Reprints), p. 172.  An interesting note is that this is the very message renowned statesman and member of the British House of Commons, Edmund Burke was arguing in favor of the American Colonies.  If the Colonies were continued to be left on their own – remove King George’s incessant taxes and the British military occupation – England would greatly benefit economically from the Colonies, which would help alleviate their debt from the war with France.

[9] Charles de Montesquieu, 2010 (originally published in 1748), The Spirit of the Laws, “Book XX: Of Laws in Relation to Commerce, Considered in Its Nature and Distinctions,” (Digireads.com Book), p 258.