If Inequality Worries Ray Dalio, Then He Should Dial Up His Investment Risk 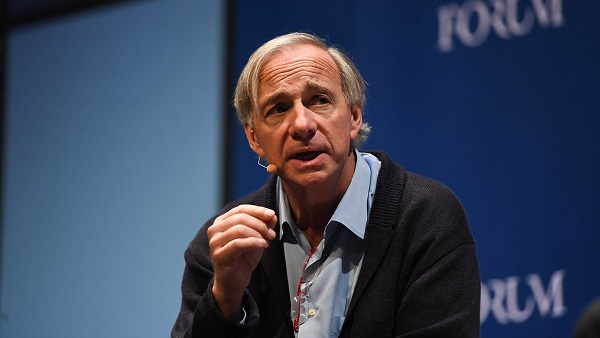 “Fortunes cannot grow; someone has to increase them. For this the successful activity of an entrepreneur is needed. The capital reproduces itself, bears fruit and increases only so long as successful and lucky investment endures.” – Ludwig von Mises, Socialism, p. 340

In a recent edition of the New York Times, it was reported that there were 1.7 million cancer diagnoses last year. Imagine for a moment the agony that followed the doctor visits during which the bad news was relayed, the subsequent sleepless nights for those diagnosed along with their family members, not to mention the life-altering cruelty of death itself.

And while all of the above doesn’t come close to articulating the trauma associated with a cancer diagnosis, along with what ensues, it’s a useful way to pose a basic question: assuming someone of remarkable mind were to divine a cure for cancer, would anyone reading this opinion piece blanch at such an advance? The question is rhetorical. No sane person would look askance at that which would spare so many so much emotional and physical agony.

Ok, but what if the genius behind the cure for the modern “Captain of Men’s Death” (the phrase once used to describe pneumonia) were set to become a billionaire many times over for his advance. Would anyone look askance? The question is yet again rhetorical.

All of this came to mind while reading investor extraordinaire Ray Dalio’s (a billionaire many, many times over) recent comments about inequality. To believe this most talented of individuals, “widening income/wealth/opportunity gaps” supposedly “pose existential threats to the United States.” We truly live in an alarmist age.

Such a comment is not worthy of Dalio’s certain genius. Implicit in what’s overdone is that countries known for economic equality are greater magnets for the world’s desperate than is the United States. Except that they’re not. Dalio expresses a belief in markets and capitalism, yet easily the purest market signal of all is where the poor and striving go in order to erase their poverty. Where there’s extraordinary wealth, there’s immense opportunity.

That the world’s tired and hungry have for over 200 years been risking it all (including their lives) in order to get to the United States exists as a rather inconvenient truth for Dalio. Indeed, if massive wealth concentration truly had a negative societal impact, particularly on the poorest, then it’s a certainty that so many of the world’s indigent wouldn’t view the opportunity to live in one of the world’s most unequal countries (that would be the United States) as the equivalent of winning the lottery.

Stated simply, surging wealth inequality doesn’t harm the poor and middle classes; rather it’s the greatest enemy of grinding want that mankind has ever known. As Dalio should know well through his investment success, wealth in a capitalist society is an effect of the talented mass producing the former baubles of the extraordinarily well-to-do. Along these lines, surging wealth inequality is a certain sign of plummeting lifestyle inequality as the poor and middle class increasingly enjoy the comforts that were once the sole preserve of the superrich. Rest assured that in Dalio’s lifetime, assuming he’s around another 10 or 15 years, the regular people will – thanks to a billionaire entrepreneur of the future – increasingly pass Dalio’s private jet in their own. Bank on it.

Still, for reasons not well stated, Dalio views inequality as some kind of existential threat. He doesn’t explain how it is, and he doesn’t because there’s no reasonable way to make a case that rising living standards alongside rising lifestyle equality is a bad thing. And since Dalio’s not calling for a 100% capital gains tax rate (thus penalizing tomorrow’s superrich entrepreneurs ever in need of capital), or the abolishment of the internet (thus restricting the Jeff Bezos’s of tomorrow from meeting the needs of the….world), his expressed fears about inequality are more than a bit over the top. One might even say he’s pandering.

Whatever the answer, there’s a simple solution for Dalio if he fears inequality. And it doesn’t have anything to do with something so damaging as him overpaying his federal tax bill by many billions, or something so trite as him signing the “Giving Pledge.”

In Dalio’s case, he should invest in the riskiest ventures he can find. Someone in Dalio’s position is no doubt inundated with investment opportunities, and it’s not unreasonable to suggest that some of them are focused on cures for cancer, paralysis, and heart disease, along with all manner of other forward-looking commercial ideas that would render wind, solar AND oil yesterday’s news, the internet rather primitive, and the jet airplanes of today Ford Pinto quality relative to what they’ll eventually be.

Precisely because Dalio is so remarkably unequal and rich, money in his hands is exponentially different than it is in the hands of just about anyone else. Getting right to the point, Dalio has billions that he can lose on the most intrepid of all ventures. He can do this without seeing any reasonable decline in his lifestyle.

Will these investments succeed? Actually, most will fail. Almost by definition. The belly-up rate will almost certainly exceed 90%, which speaks to the genius of Dalio dialing up the risk. No doubt he’ll lose billions at first, but the future wellbeing of the world’s inhabitants will soar as his investments – successful and unsuccessful – unearth voluminous information that will get us closer to cancer, paralysis and heart disease cures, transportation advances, communications advances with the potential to make 5G dial-up by comparison…Readers hopefully get the picture. If inequality keeps Dalio up at night, he could shrink his holdings through bold capital allocations aggressively focused on changing how we live, work, fly, and play.

And what if Dalio’s investments succeed? All the better. No doubt he’ll have even more wealth to put to work on the riskiest of ventures. If so, brilliant. With multiples of $18 billion, Dalio could direct the fruits of his genius to even bigger drivers of unease and death in the world.