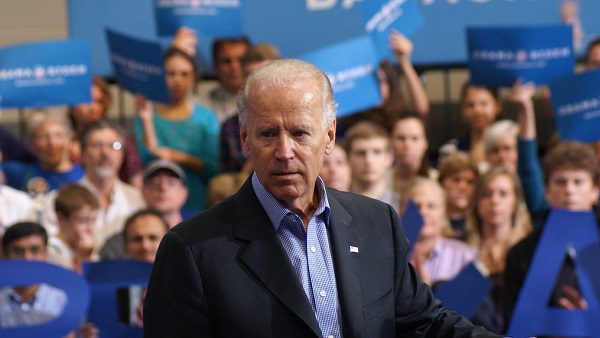 President Trump’s trade negotiations with China have revealed a great deal about American politics and the current psyche of far too many.

But clearly, that has not been the case. Personal gain through contacts with China (some legitimate, some corrupt) by elected officials,  a warped understanding of the concept of free trade (how can trade be free if one side plays by the rules but the other does not?), a belief that some consumer  pain may result from a clamp down on Beijing’s practices, a concern that China will cease to fund Washington’s out of control deficit spending, and, quite bluntly, a belief by some, exclusively on the Left, that somehow America has a moral obligation to disperse its prosperity throughout the world at the expense of the American worker, have all come together to limit enthusiasm for Trump’s initiative.

China’s contributions to the Democratic Party, particularly Bill Clinton’s presidential re-election campaign, (Clinton allowed the sale to Beijing the supercomputer that gave that nation’s military the chance to catch up to the U.S.; he also signed legislation allowed China open and continuous access to the U.S.) and suspected financial ties to the Clinton Foundation are only part of the story.

Peter Schweitzer, writing in the New York Post notes that Democratic primary contender and former Vice President Joe Biden’s bizarre denial of China’s danger to the U.S. is the result of his family’s business contacts. “In 2013, then-Vice President Joe Biden and his son Hunter Biden flew aboard Air Force Two to China. Less than two weeks later, Hunter Biden’s firm inked a $1?billion private equity deal with a subsidiary of the Chinese government’s Bank of China. The deal was later expanded to $1.5?billion…”

But Clinton and Biden aren’t alone.  In an exclusive interview, former top Clinton advisor Dick Morris stated to me his concern that a number of key leaders in both parties have ties to private interests that profit from dealings with China, making them reluctant to support necessary corrections.

Since Clinton signed the pro-China legislation in 2000, five million U.S. manufacturing jobs have been lost.

There are factors other than the corruption. Politicians of all stripes seek to continue to borrow funds from China to prop up their vast spending programs aimed more at buying votes than solving problems.

Those opposing finally confronting China point to the fact that prices in stores such as Walmart may increase.  That issue, however, will be short-lived. Numerous other nations with more balanced and fair trade practices are willing and eager to produce consumer goods at competitive prices, and those countries will not be using the profits to build a military aimed squarely at America.

Timidity is not appropriate, for China has far more to lose in a trade fight.  While the U.S. may face a temporary and relatively small increase in the cost of consumer goods, and while politicians may have to find other means to finance their extreme deficit spending (or, as a novel thought, actually rein in unnecessary spending) Beijing faces far more serious consequences. China’s economy is heavily dependent on exports, and cannot withstand a serious decrease.

Equally as significant to the nation’s government is the mass dissent that may arise from a significant setback to their economy.  The unspoken pact between the authoritarian leadership of the Communist Party and its subjects is that the people accept a lack of voice in their government in return for economic gains. Those gains would be lost in a trade fight, a clear threat to the continued totalitarian rulership.

Frank Vernuccio serves as editor-in-chief of the New York Analysis of Policy and government.