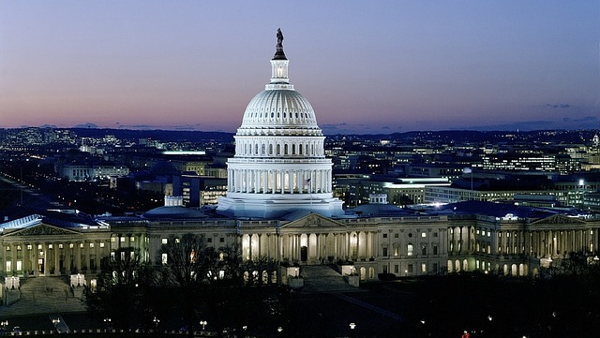 Tax day, April 15, has come and gone, but the aftereffects and sting of taxation still linger in everyone’s mind, even with the Trump tax cuts. Few Americans like paying taxes to their Government when it commits fraud, waste, and abuse through “tax and spend” bad habits. Our hard earned money has been spent to the tune of over $22 TRILLION in national debt and rising.

At the local level, does state revenue look any different? In Chicago it’s not pretty, it’s a downright shake-down for revenue outrage.

Chicago impounds thousands of people’s cars a year, including cars owned by people who have committed no crime, and forces them through an expensive, bureaucratic maze to get their car back. This process violates residents’ constitutional rights, according to a new lawsuit filed against the city Monday evening.

The Institute for Justice filed a class-action lawsuit in Illinois state court alleging that Chicago’s impound program violates residents’ guarantee of due process, as well as protections against excessive fines and unreasonable seizures, under both the Illinois and U.S. constitutions.

[Chicago’s car impound program] also operates independently from the State’s courts, meaning that even in cases where a defendant beats a criminal charge and/or a civil asset forfeiture case, they can still be found liable for thousands of dollars in fines and storage fees, and have their cars held until they pay or relinquish them to the city, by Chicago.

The one action can create a domino effect and compounded when it’s processed through their bureaucratic labyrinth and maze of government offices, laws, and regulations. Why?

Chicago’s punitive impound program soaks people in fines and fees and deprives them indefinitely of their transportation, whether or not they actually committed an offense, in an effort to reduce its massive annual budget deficits.

But WWJD? Well, John the Baptist told His people, who he called a “brood of vipers,” that they’re to “bear fruits in keeping with repentance.” What was John’s call-to-action (CTA)? A changed heart results in changed actions, especially from government employees such as tax collectors and the military.

The Greek word for “take” is diaseio d?ase?? and means, “To extort from one by intimidation money or other property.” The Greek root word seio se?? means, “to shake, agitate, cause to tremble of men, to be thrown into a tremor, to quake for fear.” The Amplified Bible translates these verses as such, “Exact and collect no more than the fixed amount appointed you,” and, “Never demand or enforce by terrifying people or by accusing wrongfully, and always be satisfied with your rations (supplies) and with your allowances (wages)” (Luke 3:13-14).

The idea was these government workers, both in the time of Jesus and in Chicago and Washington D.C. today, were/are using their positions of authority to extort more money from their citizens over and above what was/is called for to reasonably run a government adequately. Taxation itself is not theft, but taxation is theft when it is committed by fraud, force, or fiefdom.

READ: Taxation Isn’t Theft — With Fraud, Force, Or Fiefdom It Is

“‘The more revenue governments had, the more mischief they could create,’ was the prevailing colonial view.”[1]Our founding fathers discussed this issue in 1776, yet the issue of taxes continues; we addressed it during the 1920s with the election of President Harding.

“[Harding’s] most astute appointment was Andrew Mellon at Treasury…understood business better than any Treasury secretary since Hamilton. After his study of falling tax revenues revealed that the amount of money gleaned from the upper classes had declined with each new tax rate increase…Unexpectedly, to everyone except Mellon, the tax take from the wealthy almost tripled, but the poorer classes saw their share of taxes fall substantially [after tax and spending cuts]. The nation as a whole benefitted as the national debt fell by one third (from $24 billion to $18 billion) in five years.”

So, what’s the answer? When you read Andrew Mellon’s 1924 book, Taxation: The People’s Business, you get the truthful viewpoint of the right amount of taxation of its people by a government.

“A sound tax policy must take into consideration three factors. It must produce sufficient revenue for the Government; it must lessen, so far as possible, the burden of taxation on those least able to bear it and it must also remove those influences which might retard the continued steady development of business and industry on which, in the last analysis, so much of our prosperity depends…should be worked out with regard to conditions over a long period and with a view to its ultimate effect on the prosperity of the country as a whole.”[2]

Mellon goes on to quote Secretary of the Treasury Glass who stated in his 1919 annual report that high taxation,

Our Bill of Rights, the Fifth Amendment states: No person shall be… deprived of life, liberty, or property, without due process of law; nor shall private property be taken for public use without just compensation. The word deprived means, “Suffering a severe and damaging lack of basic material and cultural benefits.”

“Byrd’s livelihood has suffered. His primary trade is carpentry, but his tools have been locked in his car since it was impounded. The city has refused to let him retrieve them, or his car, until he pays his accumulated fines and fees, which according to the lawsuit now stand at more than $17,000.”

Being deprived of your property is one thing, but being robbed of your ability to earn a living so you can pay your bills is worse. Would you consider this type of government behavior to be at the level of a “brood of vipers?”

[1] A Patriot’s History of the United States by Larry Scheweikart, pg 62