Remember The Media’s Obsession With This Recession Metric? 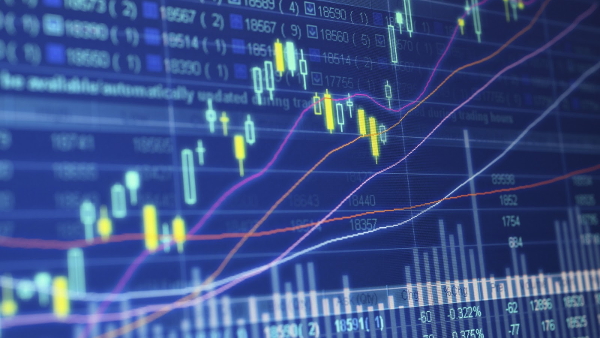 It’s called the inverted yield curve, and it happens when the 10-year treasury interest rate goes lower than the 3-month interest rate. Why should that matter? Because it tends to occur when markets believe that the Fed is going to hike interest rates. Since the Fed traditionally only sets interest rates in the shorter duration part of the bond universe, that shows up in short-term interest rates. That makes sense. If I was pretty sure that the Fed was going to hike overnight rates in the next month or so, that would affect my willingness to buy 30-day bonds at current rates. After all, if rates are going higher in just a month, you bond sellers have got to give me some kind of incentive to buy your 30-day bonds now. That’s why overnight rates and 30-day rates move closely together and both of them tend to move to the Fed’s music.

So, there is nothing inherently magical about an inverted yield curve. The bad magic which tends to trigger recessions is rapid, large rate hikes, which tend to end easy money bubbles.

So if the rate hikes that trigger the recessions and inverted curves are just a symptom or marker or proxy for that, then why not look at rate hikes? Because the media lives on access to your eyeballs, and you are adapted over the aeons to look at what scares you, so scaring you is an easy way to get you to look.

And it worked. Google shows a spike of searches for the word ‘recession’ in late March. 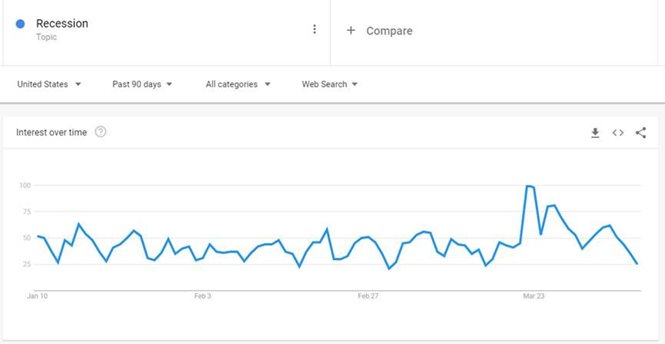 But let’s zoom out a little:

The inversion was short-lived, very short lived. The shortest lived on record.

And quite tiny. Let’s zoom out a lot:

The recently obsessed-up inversion is so tiny in the great scheme of things that it disappears from view in the Fed’s automatic chart scaling. Yes, by the grey recession bars, you can see that inversions go together with recessions — sometimes during, sometimes after long delays. But look at the difference in size and duration. These inversions sometimes are a full or half percentage point in magnitude. This recent fortnight-long inversion peaked at -.05 percent, one twentieth of one percent for two days. Find something else to worry about.