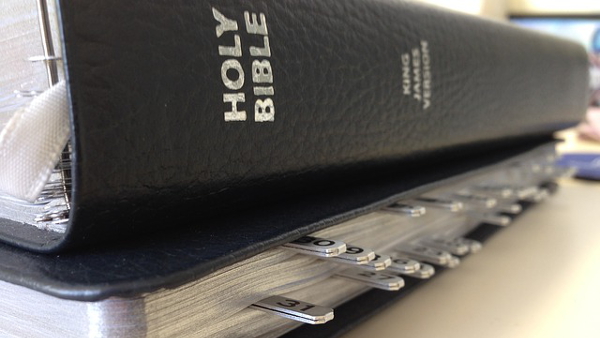 What happens when there’s too much focus on consumption or individual needs?

This situation, as we’ll see from two case studies in the Old Testament, tends to lead to the downfall of an economic system.

A focus on individual consumption as a means for driving the economy is the earmark of a demand-driven or “demand-side” economy.

As more and more extrinsic manipulation is required of the production system, the system will struggle to create the means necessary to keep pace with demand. Because consumption supersedes investment, less is available to drive production. Consequently, overall wealth decreases.

Historically speaking, this type of self-centered system has never produced a healthy, prosperous society. Biblically speaking, this is because the root cause of our selfishness is that we have turned away from God as our source and provider; instead, we then are relying on our own abilities or some other provider to determine what our true needs are, and we try to devise systems to attempt to meet those needs in our own strength.

Case Study #1: At the Foot of Sinai

A prime example of this occurs in Exodus 32. There we find the Israelites, having followed Moses to the base of Mount Sinai. Not wanting to carry their concerns directly to God, they ask Moses to speak to Him on their behalf. In a sense, they make an investment in Moses, and then they wait. Up the mountain he goes.

As time passes, the Israelites’ anxiety causes them to grow impatient, eventually deciding that they do not want God’s answer in God’s time. Instead, they would prefer any god, so long as this god would appear to answer quickly.

In their urgency to fulfill their perceived needs immediately, they abandon the God who had delivered them and use their own personal wealth (gained in the process of leaving Egypt under the power of that one true God) to create a golden calf to worship (demand-driven consumption). The results were tragic. More than 3,000 were killed as a result.

The era of Israel’s kings is another Old Testament example that sheds light on the consequences of a demand-driven economy.

In this case, the people wanted what everyone else had and neglected the one thing no other nation had: a personal God who served them better than any human king could. Because of God’s benevolence, Israel was a prosperous nation, but the people wanted more. They wanted to be like everyone else. They wanted to dictate what they felt their needs were, and what they felt was needed was a king. God allowed them to have their own way, and this ushered in an era of division, war, and decline.

While Israel certainly enjoyed prosperity under Saul, David, and Solomon, each of these men saw destructive challenges within their reigns. Saul fell to his own jealousy of David. David fell into adultery with Bathsheba. Solomon fell to idolatry, worshiping the various gods of his more than 700 wives who God had warned him not to take.

The overall theme of decline became more evident as Israel divided into two kingdoms under Rehoboam and Jeroboam, creating the nations of Israel and Judah. In the years that followed, the northern kingdom of Israel ceased to exist as prophesied by Isaiah (see Isaiah 7:8). Those who remained of the divided kingdom were eventually exiled. Finally, Jerusalem was breached and destroyed under King Zedekiah, fulfilling the prophesy of Isaiah 7:9, “If you do not stand firm in your faith, you will not stand at all” (NIV).

In the end, Israel’s insistence on fulfilling their personal desire for a king, as opposed to trusting in God as their primary relational source of provision, cost them the kingdom. This is always the end of demand-driven economic and governmental models. People have a tendency toward greed, which means wanting more of what God can provide as fast as it can be obtained.

Self-gratification, overspending, and perceived needs constitute the driving force. Overconsumption is inevitably encouraged as the remedy for ever-increasing perceived needs. Investment (both relational and economic) is reduced, and production slows as a consequence.

Because many demand-driven models often (as seen in the era of Israel’s kings) include heavy reliance on the government, there is great expense to fund bigger armies and larger palaces with the resulting higher taxes. This reduces capital available for reinvestment into production. The result is a contraction of economic opportunities and a reduction in created wealth.

We’ll talk more about the government’s proper role (from a biblical viewpoint) in an economy in the next post.