Forbes Publisher vs. The B+ Student Suicide Epidemic 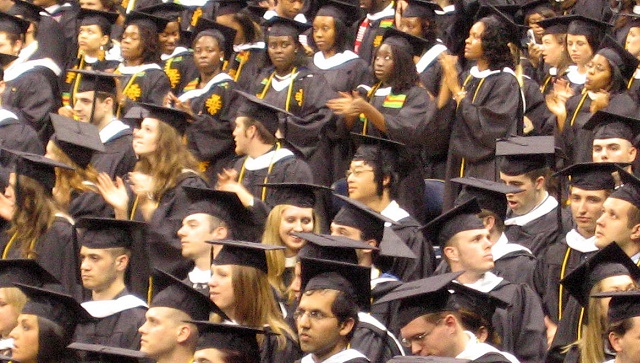 Rich Karlgaard can pinpoint the exact moment when he realized that he needed to write a book to counter the toxic culture of early achievement. The publisher of Forbes Magazine, a journalist and thought leader whose beat was technology, he was shocked when he read an article about a rash of high school suicides in Silicon Valley. Centered in three Palo Alto high schools, places serving high-achieving Silicon Valley executives and all parts of the feeder system for Stanford, the news hook was a cluster of six suicides in a short space of time. Karlgaard knew these types of people. He’d been writing about people like their parents for most of his professional life. He noted that these were not ‘at-risk kids’ (at least not in the traditional sense). They were not druggies or kids in trouble with the law. They were B+ students. And therein lies the problem: they were B+ students in an ‘A+ Only’ culture. Sure, they could qualify for the math Olympiad, but they probably wouldn’t take home the gold. They were virtually guaranteed that (if they survived) they could find a place as professionals somewhere in the middle of America’s affluent class. But as they say in AA, ‘expectations are inversely related to serenity’ and these kids were cursed with a culture of extremely high expectations.

George W. Bush talked about the soft bigotry of low expectations.  These kids had the opposite curse, the hard bigotry of impossibly high expectations, which told kids in none too subtle ways that if they did not rise to the top and do so early in life, they were losers. In an honor culture, dishonor is worse than death, and make no mistake about it, large swaths of elite America have become honor cultures. So these kids chose death before dishonor — or in this case, sub-1300 SAT scores.

They didn’t fall on Samurai swords — most of them fell in front of the local train. One student said that the sound of the train, which could be heard from their classrooms, became for them something like the cannons which go off during the Hunger Games in the eponymous teen dystopic novels — an audio reminder of the death of the fallen.

That seems appropriate. These children really were a kind of human sacrifice, to the idea of the alleged inherent and necessary harshness of life. In order to have a society ruled by elites, some districts need to be razed to the ground. Some students need to die, offerings to a social Darwinist distortion of meritocracy.

Surveys of the schools later revealed high rates of suicidal ideation — that is, mental fantasies about self-harm which have not yet been brought to realization.

Didn’t we all know this already? What involved parent does not know that executive authority (planning, self-control, judgement) is nowhere nearly done by age 18 — especially for boys? I’ve raised four boys and three girls of my own (and a few passers-by who ended up living with us for a year or two for various reasons).  They were all bright, some brilliant, but none of them truly showed us what they were capable of by age 18.

Okay, so Karlgaard has unearthed the data which tells us with white coat authority what we should have known already: that kids need time to develop. Second and third best is not misery and obscurity (unless we make it so). He gives us permission to take our kids out of the brutal calculus of Glengarry Glen Ross: First place, a new car; second place, a set of steak knives; third place, you’re fired. He gives parents permission to stop acting as their childrens’ jailers.

So this book is partly about saving the kids. Good. But it also saves the parents, because those who tie unbearable burdens onto the backs of children, also tie millstones around their own necks. The discussion about the cult of the early achiever is about a third of the book. We’ll have more to say about the other two thirds in future columns, but if you just can’t wait, then I suggest you click here to listen to my interview with Karlgaard.

And I highly recommend that you hop on Amazon, or down to your favorite bookstore, to pick up the book and read it for yourself.